Holohan was suspended from the party earlier this year for comments which Mary Lou McDonald called "upsetting" and "beyond offensive."

The councillor was nominated by Sinn Féin colleagues for the position of Mayor at the council’s AGM this evening.

END_OF_DOCUMENT_TOKEN_TO_BE_REPLACED

Holohan, who did not win the position, was suspended from the party earlier this year following controversial comments he made on his No Shame podcast.

In a statement to JOE on Friday evening, a Sinn Féin spokesperson said the party was not aware Holohan would receive the nomination.

"Nominations in respect of Council positions are a matter for Council groups. The party was not aware of his nomination.”

Writing on social media on Friday, Holohan said he was honoured to be nominated for the position.

“Honoured to be nominated in the running for Mayor of South Dublin by my @sinn_fein comrades, Congratulations to the incoming mayor and a job welldone to the outgoing Mayor @vickicasserly [sic],” Holohan wrote.

The news was met with some opposition from Sinn Féin members with the co-chair of Sinn Féin LGBT Michael Gray Sloan saying he would be calling on the group to write to the party in protest.

As co chair of Sinn Féin LGBT the apparent decision to nominate Cllr Holohan for the role of Deputy Mayor in South Dublin is not acceptable. I will be seeking permission from our internal grouping to write to the leadership and express our anger at this and seek a reversal. 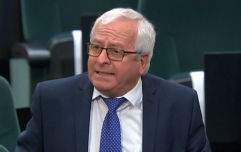 END_OF_DOCUMENT_TOKEN_TO_BE_REPLACED

Earlier this year, it emerged that Holohan suggested on an episode of his No Shame podcast that the Taoiseach of Ireland should be a family man and that Leo Varadkar's blood runs back to India.

Holohan also suggested that he knew of "loads" of instances of underage girls having sex with men and then blackmailing them for up to €10,000.

Speaking to reporters as part of her general election campaign prior to Holohan's suspension, Sinn Féin leader Mary Lou McDonald said his comments about underage girls were "upsetting" and "beyond offensive." 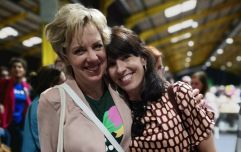 END_OF_DOCUMENT_TOKEN_TO_BE_REPLACED

"I have moved immediately to the party's disciplinary procedures, all of that matter is now in hand and disciplinary action will be taken," McDonald said.

Holohan, who was elected to the South Dublin County Council for Sinn Féin in 2019, subsequently said his comments were "misinterpreted" by the media.