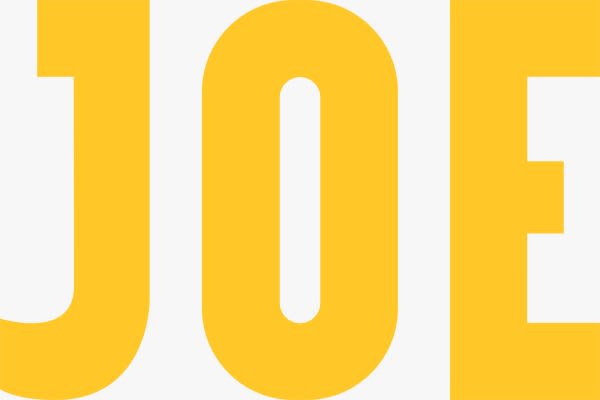 'The government of love'

The euphoria is the first thing that strikes you.

“Huge numbers have been coming up to us and we’ve been trying to work out what the emotion is,” Eoin Ó Broin said in Newry on Wednesday night as he reflected on the three rallies Sinn Fein held across Ireland this week. “And the emotion is ‘hope’.
“That was democracy in motion,” one man says after the meeting in Cork on Monday night. He then talks about the ‘awesome’ sight of a questioner who had read the Sinn Féin manifesto before deciding who to vote for, and anyone who has ever attempted to read a manifesto couldn’t help but be impressed.
In truth, there was something awesome about the mood. “My question would have been better,” one woman, who can’t have been more than 20, said as she left the Rochestown Park Hotel in Cork on Monday night. Her even younger companion asked her what it was and you half expected a joke, something frivolous. Instead she said it was to do with mental health services and it was another glimpse of this engaged electorate who believe in Sinn Féin’s power to transform the country.
In some cases, hope is a tame way of describing it.
“That’s the first time I’ve heard talk from a top table at a political party meeting about direct democracy,” one man said after the meeting in Liberty Hall on Tuesday night. “And do you know what direct democracy is? Direct democracy is the government of love.”

This was politics as rapture, but maybe as unreliable too. Sinn Féin took their message to the people around the country who had voted for them to remind them they wouldn’t be forgotten, that is not what Sinn Féin do. As Pearse Doherty told those who couldn’t get in to Liberty Hall on Tuesday, “for the first time in the history of the state, the ordinary people of Ireland will have their voices heard.”

Even if this was hyperbolic, it was important too. On the steps of Liberty Hall, Doherty was reminding their voters that Sinn Fein won’t leave people behind.

In Newry on Wednesday night, Mary Lou McDonald told the audience that the electorate had voted for a government that would be republican, left and green.

“Change is not a slogan,” McDonald said in Liberty Hall on Tuesday. At these rallies in Cork, Dublin and Newry, it was possible to believe her, to believe that ‘change’ - the first word on every political hack’s whiteboard - could this time translate into something real.

The academic and former politician Michael Ignatieff spoke on the Talking Politics podcast recently about how in politics “all hope is, in a certain way, innocent; all promises are innocent of the difficulties that stand in the way of their accomplishment”.
In these rooms at the Rochestown Park Hotel, at Liberty Hall and at the Canal Court Hotel, you could feel that Sinn Fein were capturing what Ignatieff called the “daring that goes with innocence”.
Nobody in these rooms was signing up to the old canard that politicians are all the same. They might say that other politicians -particularly those of Fine Gael and Fianna Fail - are all the same, but Sinn Féin’s are different.
In this, at least, they might be united with those in the country fiercely opposed to the idea of Sinn Féin in government. They also believe that Sinn Féin are different.
For them, the rallies were an ominous sign of Sinn Féin’s reluctance to engage fully with democratic politics. For them, Sinn Féin do not benefit from this presumption of innocence. For many, and with good reason, Sinn Féin can never represent hope.
They don’t doubt Sinn Féin’s appetite for change, but they wonder if the change they promise isn’t dangerous and destructive. This isn’t about the past as such but how the past affects the future for everyone on the island.
During three nights at the rallies, these doubts could be hidden by the energy, the urgency and the hope. There was nothing for a heretic to fear in these rooms – or not a lot.

In Cork, one man told me that the Rothschilds were controlling the EU and other conspiracy theories which, he regretted to inform me, “they have wiped from the internet”. In Newry on Wednesday night one member of the crowd told Conor Murphy he had nothing to apologise for, and his words were received with cheers, even if Murphy and the top table remained silent.
Sinn Féin and its supporters were startled by the reaction of many to the rallies. These rallies are at the heart of what Sinn Fein do as many pointed out, but there are so many things that are at the heart of what Sinn Féin do.
The rallies certainly make it easier to become a believer. Many have rejected the accusations of populism about the Sinn Féin vote, saying it is an insult to the voters who had concerns over real issues.
Well, people who voted for Trump had real concerns too and one of the identifiers of populism may be a willingness to vote without regard for the downside of that vote, a calculation borne of a weariness with doing the right thing when no matter what you do, the house always wins.
And while there was hope in these rooms, there was also a legitimate fear of Sinn Fein which makes casually dismissing the accusation of populism seem trite.

The audience had been energised too by the response of Leo Varadkar and Michéal Martin to the rallies.
“I have never known a public meeting to attract such criticism,” Mary Lou said on Monday night. ‘The barbarians are through the gates,” she said in Liberty Hall.
The comments of Leo Varadkar and the tone of Micheal Martin were fodder for easy laughs all week.
Fianna Fail and Fine Gael were the inattentive parents telling them to stay away from the bad boy that was Sinn Féin and for these people, it seemed to be counter productive.
Whether you believed Sinn Fein were really dangerous or more like George Costanza’s version of a bad boy again depended on your perspective.
But there are other rooms in the country too. Sinn Fein are simultaneously the most popular and the least popular party in Ireland so whatever reception they received this week is not the only one that mattered.
In other places, they might have been taking note of Varadkar’s comments and many will have viewed the rallies in the same way .

There may be other benefits to the meetings as well. Perhaps these meetings – they have two more next week in Galway and Cavan - will stand to Sinn Fein if they were enter into coalition with Fianna Fail. Perhaps this engaged supporter base will defend them if the usual charge thrown at a progressive party that goes into government with Fianna Fáil or Fine Gael is levelled at them.

“These rallies are about keeping the base close,” one man who was in Newry on Wednesday night said. "They can go back and say ‘You signed up for this’.”

It was notable, too, that Mary Lou McDonald never went too far in humouring those who wanted to rule out coalition with Fianna Fail.

There are those who insist Sinn Féin’s leadership is torn on the subject of spending another four years in opposition but this week, they sounded like a party that wanted to get things done.
On Wednesday night, they met at the Canal Court Hotel in Newry. Some present recalled a meeting in the same hotel after the Good Friday Agreement, while others remembered Mary Lou McDonald visiting here shortly after she became president in 2018.
There was more than a thousand people in the room. Sinn Féin regularly have public meetings but they can’t have had many like this.
If Sinn Féin somehow find themselves in power this side of another election, they will have a lot to do. On Wednesday, in Newry, the Northern Ireland Finance Minister Conor Murphy dismissed the idea that Sinn Féin must make tough choices in government as defined by the commentariat. “They won’t be tough choices for those who say it,” he said, adding that Sinn Féin will always be on the side of the communities they come from rather than those protected from those tough choices.

And now they have a lot of voters depending on them, on both sides of the border.

Perhaps a lot depends on Sinn Féin’s insistence on a border poll within five years and if you think they are the best people to be driving a conversation about Irish unity.

For some, they are the only ones to do it, for some they will get on with it after years of abstractions.
In Cork, one young speaker called on Fianna Fail voters to abandon Sinn Féin and join a “true republican party”.


Sinn Féin’s promise of change has captured the imagination of many, but the rallies also underlined that they are proudly embracing a world where it is harder to change your mind, a world where a voter isn’t just a voter, but is, for better and for worse, part of a movement.

In the south, that movement might include a push for a united Ireland but there are other priorities.
“This was very much a housing election,” Mary Lou explained to the crowd in Newry, walking a fine line for Sinn Féin who have to acknowledge the different electorates without sounding like partitionists. But the issues in Cork and Dublin were not raised in Newry understandably and how Sinn Fein carries those two electorates will be interesting over the coming years.
In Newry, understandably, there was more talk of a united Ireland than in Cork or, particularly Dublin where it rarely featured.
Sinn Féin in government would have to solve the housing crisis, fix the health service and create a just society, while uniting Ireland at the same time.
Some close to Sinn Féin think a date for a poll or working towards a date for a border poll in seven or ten years would be enough to placate those who see a united Ireland as the most important issue
Brexit, Sinn Fein believe, will help them make their case and they have a great and unwitting ally in Boris Johnson. Liberal unionists might be asked to choose between membership of the EU and membership of a United Kingdom which doesn’t want them. But if Sinn Féin are in government in the south unity becomes less appealing and more threatening for them.

“I detect a venom and an anti Britishness in the south that I didn’t think was there before,” says one UUP councillor who didn’t want to be named. “I could have seen a case for a United Ireland over the past five years economically and Brexit has underlined that, but the Sinn Fein vote has changed things for many,” he says.
“I’d always thought that the DUP and Sinn Féin were products of their environment, but now I see Sinn Féin becoming the largest party in the south and wonder what is waiting for a unionist there.”
From this perspective, Sinn Féin’s presence is an obstacle to a united Ireland. But there are those in Sinn Féin who believe they have to work at reaching a point as one republican puts it, recalling the words of the former UUP leader Mike Nesbitt, where unionists don’t feel as if they are merely accepted in a united Ireland but wanted.