Tell us how you really feel.

A senior Tory has attacked her own backbenches as "zealots" who talk "bollocks."

After Conservative MP Christopher Chope blocked an FGM bill in the Commons, energy minister Claire Perry let loose in a party WhatsApp group stating that the Tories were condemning themselves to opposition. 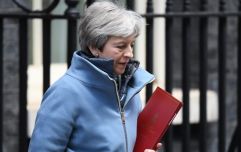 Theresa May's Withdrawal Agreement has been rejected by the House of Commons, again

END_OF_DOCUMENT_TOKEN_TO_BE_REPLACED

Chope has blocked other bills that would have pardoned Alan Turing and made upskirting a criminal offence.

In the messages, reported by BuzzFeed News, Perry wrote that Chope and his fellow backbenchers Peter Bone and Bernard Jenkin "didn't give a toss."

She said: "They are not politicians they are zealots for whom winning an argument beats winning an election.

"It’s the same with the backstop. 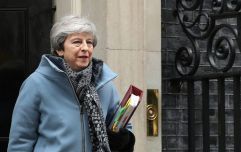 END_OF_DOCUMENT_TOKEN_TO_BE_REPLACED

"Is anyone else bored to sobs with fighting this posse of old buffers who have achieved their dream of taking over the party again?", before warning that the Tories would lose the next election and become an opposition party "of the white shires and shores."

"Here’s my prediction: mass exodus of Tory talent at the next election just like the last (both voluntary and involuntary) so we can retreat to being an oppo party of the white shires and Shores and we can talk to each other all day long about utter bollocks!

"Oh and those Bally Europeans! A plague on them too! We showed them! Hilarious if it were not so tragic. I’m off to try and help win a by election. Talking to real people not these antediluvian old sods. Have a jolly day ladies!"

She also wrote that Theresa May was "killing herself" to achieve a Brexit deal while a "bunch of old white men no doubt are enjoying their morning coffee served to them by their long suffering wives."

After the leak, Perry said: "As you know I never comment on leaks to the media and I think it’s a good time to stick to that rule.

"But I will say that I have spoken to 3 different associations and two business groups in the past 36 hours and the overwhelming view is that we should back the PM, deliver the deal and avoid a disastrous no deal Brexit that a number of people on the hard right of my party appear to crave."

popular
Here's how to make €9-11 on Revolut in just a few minutes
Green Party representative calls for a temporary ban of stag and hen parties in Ireland
Pop Idol star Darius Campbell Danesh has died, aged 41
Off-duty Garda arrested in Tipperary on suspicion of drink driving
QUIZ: You won't be able to correctly guess the meaning of all these words
Murder investigation launched following death of 75-year-old woman in Kerry
QUIZ: You'll do well to get 100% in this General Knowledge Quiz
You may also like
3 years ago
OFFICIAL: Boris Johnson named as new UK Prime Minister
3 years ago
Boris Johnson blimp takes flight over London
3 years ago
"A very stupid guy" - Donald Trump blasts UK ambassador as emails row continues
3 years ago
Tommie Gorman describes treatment of Theresa May as “tacky” and “vulgar”
3 years ago
May ends in June
3 years ago
House of Commons leader quits government as pressure mounts on Theresa May
Next Page