On Thursday morning, Boris Johnson began his premiership of the United Kingdom by convening his newly assembled cabinet.

Since Brexit, many Tory MPs have expectorated a virtually endless stream of nonsense about Ireland, its border with the United Kingdom, and Anglo-Irish relations in general.

With that in mind, it should come as no surprises that Johnson's newly appointed lieutenants have a shared history of remarks about Ireland that are equal parts bemusing, confusing, and profoundly worrying.

On the matter of possible food shortages in Ireland post-Brexit, Patel said: "This paper appears to show the government were well aware Ireland will face significant issues in a no-deal scenario. Why hasn’t this point been pressed home during negotiations? There is still time to go back to Brussels and get a better deal."

Patel's rhetoric quickly conjured up famine flashbacks for pretty much everyone on this side of the Irish Sea, as she argued that food shortages in Ireland should be part of the UK's bargaining strategy with the EU.

Jacob Rees-Mogg, Leader of the House of Commons

Rees-Mogg, a backbencher who has won himself a major promotion in the Johnson premiership, has openly advocated for a return to the border checks that existed during The Troubles.

"Ireland would not be a free-for-all... It would perfectly possible to continue with historic arrangements to ensure that there wasn't a great loophole in the way people could get into the UK, to leave us in just as bad a position as we are currently in." 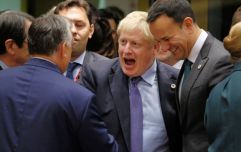 END_OF_DOCUMENT_TOKEN_TO_BE_REPLACED

"There would be our ability, as we had during The Troubles, to have people inspected. It's not a border that everyone has to go through every day, but of course, for security reasons, during The Troubles, we kept a very close eye on the border to try and stop gun-running and things like that."

After it emerged in March of this year that one British soldier would face prosecution over the events of Bloody Sunday, Williamson said: "We are indebted to those soldiers who served with courage and distinction to bring peace to Northern Ireland. We will offer full legal and pastoral support to the individual affected by today's decision. This includes funding all his legal costs and providing welfare support." 14 Irish civilians were killed in the incident, six of them children.

Williamson is now in charge of educating Britain's young. God help them.

Julian Smith doesn't appear to have anything at all of note about Ireland. He's the new Secretary of State for Northern Ireland.

Have been privileged to work with @duponline all week to ensure that Northern Ireland will never be separated from U.K as we leave EU 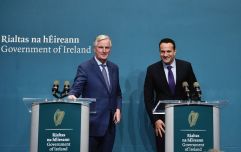 END_OF_DOCUMENT_TOKEN_TO_BE_REPLACED

Michael Gove, Chancellor of the Duchy of Lancaster

Michael Gove absolutely hated the Good Friday Agreement when it happened. In 2000, he authored a 58-page document called Northern Ireland: The Price of Peace, which described the Belfast Agreement as a "mortal stain" and a "humiliation" for Parliament.

But he was already in the cabinet anyway, so I guess this one is a wash.

Theresa Villiers, Secretary for the Environment

Before the Brexit referendum, Theresa Villiers said that Irish concerns over the border were just "scaremongering."

"I believe that the land border with Ireland can remain as free-flowing after a Brexit vote as it is today," she said. Everybody makes mistakes. 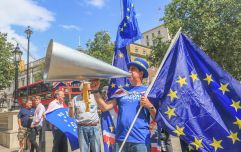 END_OF_DOCUMENT_TOKEN_TO_BE_REPLACED

Raab has been mightily promoted to Foreign Secretary, so he'll have even less time to read it now. Thankfully things like treaties with other countries probably don't fall under the purview of the Foreign Secretary. Phew!

McVey originally challenged Johnson for the Tory leadership but was among the first candidates to drop out. It certainly didn't help that she was roundly mocked for her clueless comments on the Irish border.

Reminded that the EU have said there will be checks, McVey again said: "There will be an invisible border. The technology already exists and that's what we need to make sure that we do. Admin, custom checks online." Thankfully, she has no foreign policy role in her new job.

I was actually an intelligence officer in Northern Ireland during the first ceasefire negotiations in 1994...I can’t remember the EU or Micheal Barnier or the Border being a factor in any of it....

An intelligence officer in Northern Ireland who can't remember the border being an important part of ceasefire negotiations.

He's Secretary of Defence now. In charge of the army. That's comforting.

As for Boris himself, we've already put together a compilation of his own takes on Ireland. Though that was before he asked "Why isn't he called Murphy like the rest of them?" of Taoiseach Leo Varadkar.


popular
WATCH: For the first time since 2011, someone has won the Winning Streak jackpot of €500,000
Latest opinion poll shows Fianna Fáil take 12-point lead over Fine Gael
The JOE Movie Quiz: Week 37
QUIZ: How well do you know Will Smith's movie career?
15 new documentaries you should be watching on TV in 2020
The JOE Friday Pub Quiz: Week 174
You may also like
1 week ago
The CSO has revealed the most common surnames in Ireland
1 month ago
Whirlpool recalls 11,000 Hotpoint and Indesit washing machines in Ireland over fire risk
1 month ago
Ballaghaderreen in Roscommon is the cheapest place to buy property in Ireland
1 month ago
Rory Best encourages public to get nominating for Grandparent of the Year
1 month ago
UN report reveals Ireland has third highest quality of life in the world
1 month ago
EPA identifies nine seriously polluted river bodies in Ireland
Next Page