The Ultimate "That Actor From That Thing" Quiz

You know all of these actors' faces. But do you know their names?

There are some actors and actresses out there that we see in dozens of movies and TV shows, and we think they're very good, but for some reason, their names just never lodge in our memories.

Take the actor in the image above, for example. 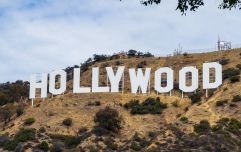 Can you get top marks in this ultimate Oscars 2023 quiz?

END_OF_DOCUMENT_TOKEN_TO_BE_REPLACED

He has been in everything from Lost, to The Good Wife, to Argo, to Transformers: Age Of Extinction. He even has his own detective show called Bosch, which has over 40 episodes under its belt and still going strong.

But do you know his name? If you said Neal McDonough, then congratulations!

You got it wrong.

If you said Titus Welliver, then continue on with the quiz below, because you might have a chance...