QUIZ: Can you name every Batman actor in three minutes?

Batman fever is slowly but surely creeping up as the latest edition of the Caped Crusader is set to hit Irish screens in March.

Robert Pattinson is set to put on the cowl, with Colin Farrell starring as the Penguin, and Zoë Kravitz taking on the role of Catwoman. 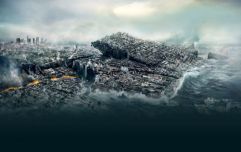 QUIZ: Can you name the disaster movie from a single image from each disaster

END_OF_DOCUMENT_TOKEN_TO_BE_REPLACED

The film is set to be nearly three hours long, which some might say is just a tad too long for a superhero movie.

We would never make you sit around for three hours, however; just three minutes.

Can you name every actor who has portrayed Batman in less than three minutes?

This will only include live action portrayals of the Bat, but one animated actor has made the leap to live action once...

If the quiz isn't appearing properly, you can check it out here.