QUIZ: Name everyone Arya Stark has killed in Game of Thrones

She is not to be fucked with.

Arya Stark is one of the most badass characters - not only in Game of Thrones history - but television and film history.

From the moment we first saw her in season one, she hasn't given a fuck about anything.

Particularly after the death of her - SPOILER ALERT - father, Ned Stark, she has been on a mission to become the most lethal assassin in Westeros.

Okay, and now for some REALLY BIG SPOILERS FROM SEASON EIGHT SO DON'T READ BEYOND THIS IF YOU HAVEN'T SEEN IT, OKAY? 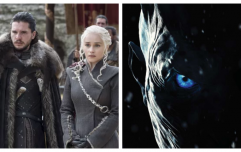 The hardest Game of Thrones quote quiz that you'll ever take

END_OF_DOCUMENT_TOKEN_TO_BE_REPLACED

After successfully taking out the Night King at the end of the Battle of Winterfell, she can now safely call herself exactly that most lethal assassin around.

She killed death, essentially, and there's not much better than that, to be honest.

But this death has got us thinking about everyone else she has killed, all the moments that led up to this one.

So we have created this quiz to ask you just that.

A caveat for you all - this is only the characters that had actual names, so we're not expecting you to guess 'Unnamed Guard #1' or anything stupid like that.


popular
QUIZ: Do you know your dashboard warning signs?
The most popular baby names in Ireland in 2019 have been revealed
The line-up for this week's Late Late Show is here
Here are the 11 best movies on TV this Friday
The weather for the weekend looks very grim altogether thanks to Storm Jorge
The JOE Friday Pub Quiz: Week 179
Here's Week 21 of JOE's 19 in 90 quickfire quiz

You may also like
1 month ago
WATCH: Peter Dinklage pays tribute to Northern Ireland in SAG acceptance speech
1 month ago
Game of Thrones prequel, House of The Dragon, looks set to arrive in 2022
2 months ago
The final trailer for The Witcher promises many battles
2 months ago
'I'm the Loner Throner': Kit Harington on being Game of Thrones' only Golden Globe nominee
3 months ago
Hardhome and Battle of the Bastards director will be directing episodes of the new GoT prequel, House of the Dragon
3 months ago
Game of Thrones prequel filmed in Northern Ireland has reportedly been axed
Next Page