15 questions for film fans to get stuck into.

As the JOE Film Quiz enters the 'dirty thirties,' it's fitting that we've got a film being released about the dirtiest and deadliest villain in Batman's rogue gallery.

Oh yes, Joker is about to be unleashed on the world and to mark the release of Todd Phillips' latest take on the iconic character, we've got five questions about previous cinematic iterations of the Clown Prince of Crime. 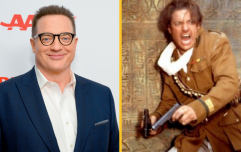 Can you ace this ultimate Brendan Fraser quiz?

END_OF_DOCUMENT_TOKEN_TO_BE_REPLACED

FYI, you can read our review of the film right here.

Aside from this, with Renée Zellweger playing Judy Garland in a biopic of the famous performer, we've got five questions on musicals too.

However, as is the norm, we're kicking things off with a few questions about general film trivia.

Well, there's only one way to find out.

FYI, if the quiz isn't displaying properly, you can take it here, too.