Time to test your memory...

Liverpool and Chelsea, though not traditional rivals, have played each other in a number of tasty encounters throughout the years.

Both teams are regularly chasing trophies, but another similarity that the two share is that they have both had an awful lot of rather obscure players in the past decade or two. 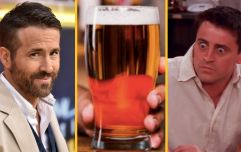 END_OF_DOCUMENT_TOKEN_TO_BE_REPLACED

Chelsea have a well-known habit of buying players they never play, before selling them on, while Liverpool - in the early, mid and late 2000s in particular, so essentially the entire decade - signed a whole raft of players that will forever go down in history as pub quiz answers.

With this massive catalogue of vaguely recognisable former players, we decided to do what comes naturally and created a quiz to test both your knowledge and your memory.

There are seven Liverpool players and seven Chelsea players of old, with varying degrees of 'who the hell is that?' - best of luck.