QUIZ: Are you clever enough to solve these three fiendishly difficult brain teasers?

If you get all three right, there's no prize, but you will have earned our respect...

Brain teasers are a great way of keeping your mind sharp, while simultaneously making you self-consious about your intelligence when you can't figure out the simple answer.

But don't worry, we know you'll nail the questions below... even if you are feeling the effects of one or two  pints too many last night. 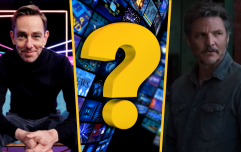 END_OF_DOCUMENT_TOKEN_TO_BE_REPLACED

The answers are at the bottom of the article so scroll down to  confirm that you've gotten them correct.

Conor went with his uncle to the movies. They went up to the ticket kiosk and Conor had to pay for the tickets, as usual. But that wasn’t the worst of it. The ticket lady said, ‘You can go in but not your friend.’

Why wouldn’t she let Conor’s uncle in? He was smartly dressed and had often been to the same cinema before without any trouble. 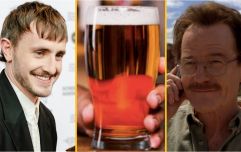 END_OF_DOCUMENT_TOKEN_TO_BE_REPLACED

Steven and Lisa were born at the same hour of the same day to the same mother in the same hospital. They have the same father and yet they are not twins. Why?

Though the discoverers of Antartica were often close to starvation, they would never touch the meat of a polar bear, even though they possessed the means to kill one. Why?

For the answers, scroll down past the GIFs.

Teaser One Answer: It was an adult movie and Conor’s uncle is only 10 years old.

Teaser Two Answer: Because they are two of a set of triplets

Teaser Three Answer: Polar bears are found only in the Arctic

popular
5 years ago, Hollywood took a massive gamble on a huge sequel... and lost big time
Netflix has just added 12 very big movies to their library
One of the most underrated crime thrillers of recent years is among the movies on TV tonight
Tom Hardy set to play Hannibal Lecter-type serial killer in new series
Netflix backtracks on anti-password sharing measures following user outcry
Guy Ritchie's new war movie looks like it'll be a very emotional watch
‘Older’ woman who took Prince Harry’s virginity gives her side of the story
You may also like
2 weeks ago
The JOE Friday Pub Quiz: Week 330
3 weeks ago
QUIZ: Can you name the Robert De Niro movie from his character's name?
3 weeks ago
QUIZ: Can you name the movie from the planet it is set on?
3 weeks ago
QUIZ: How well do you know the Grand Theft Auto games?
3 weeks ago
The JOE Friday Pub Quiz: Week 329
1 month ago
QUIZ: JOE's Big News Of The Day Quiz #34
Next Page