QUIZ: Which of these cities has a bigger population than Ireland?

Select the cities from a list in less than a minute.

There are many cities around the world with a bigger population than our entire country. There are far too many to mention, in fact, but we're only asking you to name a select few.

To clarify the criteria, as of the last Census in 2016, the population of the Republic of Ireland is a little under 4.8 million (4,757,976 to be precise). Recent estimates suggest it's closer to 4.9 million. 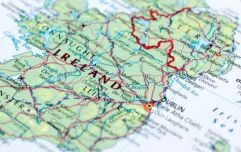 QUIZ: How well do you know your Irish history?

END_OF_DOCUMENT_TOKEN_TO_BE_REPLACED

With all that in mind, we have had to select cities which have a far greater population than 4.9 million (according to worldometers.info) in order to avoid litigation and outright rage.

We've given you 15 options and eight of them have populations bigger than the Republic of Ireland.

How many can you get right?

Advertisement
popular
Conservative Party vice chairman resigns live on TV as Johnson administration thrown into turmoil
Gardaí unveil new Armed Support Unit vehicles to replace older models
Rockstar Games reportedly shelving remasters of two of the best games ever made
One in two young people likely to not own a home by the time they retire
One of the most talked about movies of 2022 finally has an Irish release date
Amazon Prime Video has just added 51 big movies to its library
The full list of cancelled flights in and out of Dublin Airport on Monday (so far)
You may also like
1 week ago
New €360 million plan announced to tackle gender-based violence in Ireland
1 week ago
Eir prices to increase every April from next year
1 week ago
A hidden gem stands out at the top of TripAdvisor's list of the top 10 attractions in Ireland
2 weeks ago
Tomorrow is set to be the hottest day of the year but it’s not going to last
2 weeks ago
Varadkar defends volatile exchanges with Pearse Doherty, says they were "self-defence"
2 weeks ago
QUIZ: Can you name the 32 counties of Ireland in order of size from the biggest to the smallest?
Next Page