QUIZ: How many of these classic characters from Neighbours can you name?

Since it aired on the BBC way back in 1986, Neighbours has been a hugely popular soap in these parts.

Sure, you might not be a huge fan but you're definitely aware of it, even if Home and Away is more to your liking when it comes to Australian TV programmes. 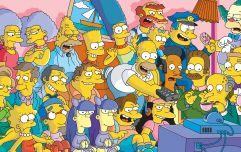 QUIZ: Match The Simpsons quote to the character who said it

END_OF_DOCUMENT_TOKEN_TO_BE_REPLACED

Set in the fictional Melbourne suburb of Erinsborough, some huge stars of the music, TV and movie worlds cut their acting teeth in the show over the years.

Kylie Minogue, Guy Pearce, Margot Robbie, Jason Donovan and Natalie Imbruglia are just some of the big names to have appeared on the Aussie soap, but how many of some of the most well-known characters can you name in our quiz below.

Unfortunately, Neighbours was cancelled in March 2022, bringing an end to an era.

Think you know Neighbours? Prove it...

popular
Katherine Ryan says famous TV star is a ‘predator’ and everyone in industry knows
New plot details emerge for Christopher Nolan's upcoming epic Oppenheimer
Released 30 years ago today, this Irish thriller still has a worldwide impact
The 50 most iconic songs of all time* have been revealed
Oscar-winning Fame and Flashdance singer Irene Cara dies aged 63
A great and gritty crime thriller is among the movies on TV tonight
The Simpsons 'prediction' for the World Cup final remains very much on course
You may also like
2 days ago
TG4 reveals full line-up of movies airing over Christmas and New Year's
2 days ago
All of the big new Netflix movies and shows arriving in December
3 days ago
You can watch Netflix's new heist series NINE MILLION different ways
3 days ago
The White Lotus Season 2 characters we'd least want to spend a week in Sicily with
4 days ago
Where to stream the "most-watched TV show of 2022" in Ireland
1 week ago
Prime Video has just quietly added 16 interesting movies to its library
Next Page