QUIZ: Name the 23 US States with a bigger population than Ireland

Can you beat the clock and name the 23 US States with more people than Ireland?

Ireland has always had a special relationship with the United States, one that's usually marked with the visit of our Taoiseach to the White House on St. Patrick's Day.

As that isn't happening this year, we've decided to mark the occasion with another one of our US geography quizzes, which have proven remarkably popular to date. 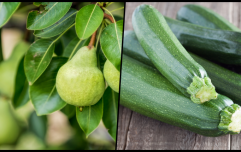 QUIZ: Can you get 10/10 and correctly name all of these fruits?

END_OF_DOCUMENT_TOKEN_TO_BE_REPLACED

For anyone who doesn't know, there are 50 US states in total, and of that 50, there are 23 that have a bigger population than Ireland according to infoplease.com.

As of the last Census in 2016, the population of the Republic of Ireland is a little under 4.8 million (4,757,976 to be precise). More recent estimates suggest it's now closer to 4.9 million people so, to be safe, the US states we're looking for in this quiz are those with a population of five million or more.

Controversy and confusion, you say? Quizzes can be fiercely competitive. We won't be held responsible for any shenanigans that could kick-off due to our inaction on the parameter setting.

Oh, say can you see by the dawn’s early light...

Advertisement
popular
Public urged to be wary of sophisticated Revolut scam in operation in Ireland
'The Beast' apologises for storming off after losing on The Chase
A gripping mystery thriller is among the movies on TV tonight
Man charged following incident involving deceased man at Carlow post office
Lidl to create 750 new jobs alongside increase in staff pay
QUIZ: Name all the counties of Ireland with 6 letters or less
The Tinder Swindler review: Exactly the kind of documentary Netflix should be making
You may also like
4 days ago
QUIZ: Give this General Knowledge Quiz a whirl
4 days ago
The JOE Movie Quiz: Week 138
5 days ago
QUIZ: Try score top marks in the hardest country flag quiz you'll ever take
5 days ago
QUIZ: See if you can ace this General Knowledge Quiz
5 days ago
QUIZ: Can you score 18/18 in this tricky geography quiz?
5 days ago
QUIZ: Can you name the breeds of all these cats?
Next Page