"The idea that this supernatural being is controlling everything..."

Arthur Mathews, co-creator of one of the greatest TV shows of all time, Father Ted, is our guest on Ireland Unfiltered this week.

The comedy writer and actor joined host Dion Fanning to talk about a vast range of topics including his new Brexit-themed show with Matt Berry, the difficulties of being a dad, and the question on everyone's lips – when are we finally going to see (and hear) the Father Ted musical? 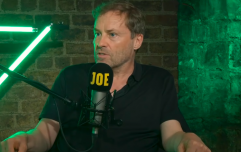 END_OF_DOCUMENT_TOKEN_TO_BE_REPLACED

With religion obviously playing such a key role in everyone's favourite Craggy Island creation, Mathews admits that it actually "always used to scare the hell out of me".

He explained: "The idea that this supernatural being is controlling everything is... you wouldn't want to think about that too much. But I did think about it quite a lot. So it didn't have a good effect on me."

When pressed on what it was that worried him in particular, Mathews continued, "demonic possession. This is the time of The Exorcist and all that stuff. It had a terrible effect on me, it's... yeah, I think religion... I can see why it's a consolation for people but it shouldn't really have survived into the modern world.

"I can see in the 14th century when you'd no roof on your hut or your stone walls and you'd no food and you'd have to go out and plough fields with a shovel, why you'd think 'God, there must be more than this.' 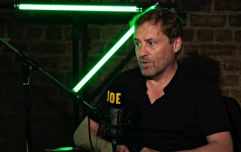 END_OF_DOCUMENT_TOKEN_TO_BE_REPLACED

"But for most pampered people who live now, not everybody obviously, but for most people in the west I don't know why you need it really."

You can listen to the sixth episode of Ireland Unfiltered in its entirety by simply clicking here and you can use #IrelandUnfiltered to join the conversation on social.

popular
Travis Barker rushed to hospital after tweeting "God save me"
Gardaí issue update on investigation into murder of Sophie Toscan du Plantier
Calls for €20 social welfare increase and minimum wage of €13 in new Budget
Fan remakes Simpsons: Hit and Run as open-world game and it looks amazing
Amazon Prime Video has just quietly added 15 big movies to its library
R Kelly sentenced to 30 years in prison for sex trafficking and racketeering
The 10 best TV shows of 2022 so far
You may also like
3 months ago
Ardal O'Hanlon describes moment he was attacked by cleric over Father Ted
4 months ago
Nation set to be gripped by Eurosong fever on this week's Late Late Show
6 months ago
The best one-off characters in Father Ted
8 months ago
Priest blesses local nightclub in the most Donegal thing imaginable
9 months ago
Derry Girls named “distinctively British” show by UK Media Minister
1 year ago
Ranking the best fights between John and Mary from Father Ted
Next Page