"That's not the reality."

Activist Deborah Somorin has questioned comments made by Taoiseach Leo Varadkar about the average amount of time a child spends in emergency accommodation in Ireland.

Speaking previously on Ireland Unfiltered, Varadkar said the average time a child is spending in emergency accommodation was six months, but he did say there were exceptions to this figure. 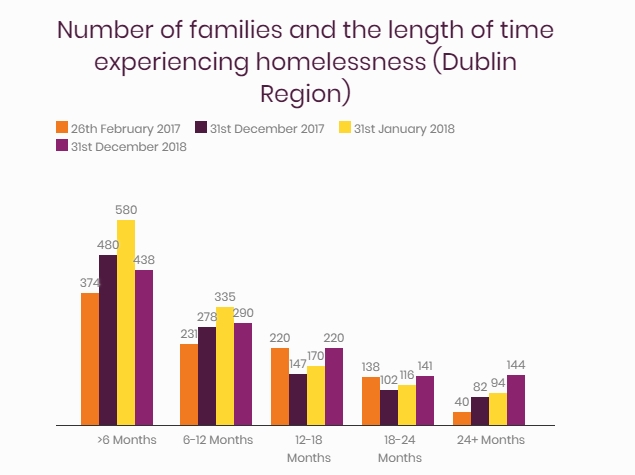 Somorin, the founder of Empower the Family, a charity set up to support young disadvantaged single parents in Ireland and help them to successfully complete university, was this week's guest on Ireland Unfiltered with Dion Fanning and rubbished the claims made by the Taoiseach during his appearance on the show.

You can read what she had to say below.

END_OF_DOCUMENT_TOKEN_TO_BE_REPLACED

Dion: Well, he said there are exceptions. But if you take him at his word, your experience of that, six months as an average time to be spending in emergency accommodation for a child is still a long time.

Deborah: Yesterday I met with someone who works in the government who told me a story about meeting someone who had been going for the system for two years. The mother was in college every day, going to college, all she had was her car. They were living in homeless accommodation for two years while she went to college. She was actually studying accountancy or business or something and that was all she had to make sure the kids went to school every day and she’d go off and study.

For me, when I hear things like that it just breaks my heart because I know, and [Varadkar knows] that’s not the reality, he knows. These kids have nobody else. They have nothing else. And if you’re the kids sitting at home, in emergency accomodation who’s been in there for longer than six months, who’s been in there for a year or two years and you’re watching him say it’s an exceptional basis and you know there’s so much more than you. That really, really breaks my heart because what those kids go through.

Even after I did the Late Late and I talked about night-time-only hostels for the first time, I got emails from kids that were 12, 13 who had spent Christmas in them and they were like, ‘Thank you so much for highlighting this, people didn’t know that these things existed’. And when I speak to these kids they just feel nobody cares.

And that’s the big thing for me with Empower the Family, focussing on disadvantaged single parents; this is a community that I have come from that feel left behind, that feel education is not for them, that feel they’re not wanted there, that feel ignored. And when you have a politician that is the leader of your country, that is supposed to represent everyone in your country, saying things like that, it’s so damaging - nevermind the damage that it does to the kids already being in emergency accommodation, I just think it’s damaging for them in terms of their self-worth of like ‘I actually don’t matter’, like this is actually... anyway so in terms of...

Deborah: I generally stay away from politics so I don’t know how you got me to do that!

Somorin also spoke about her experience of adapting to life in Ireland and how she didn't realise she was black until she moved to Naas, which you can read about here.

You can watch the interview in full below.


popular
Met Éireann issues status yellow rainfall warning for nine counties
QUIZ: How well do you know these famous Ted Hastings quotes from Line of Duty?
Lark Voorhies is not too pleased about being snubbed from the Saved by the Bell reboot
Two Irish citizens have tested positive for the coronavirus
QUIZ: How well do you know the Matrix series?
BBC will show an 'immensely powerful' documentary about The Troubles tonight
History to be required Junior Cycle subject from September
You may also like
2 weeks ago
QUIZ: Where in the body are these bones located?
2 weeks ago
First-time buyers of Dublin! Fancy watching Crazy, Stupid, Love with us?
2 weeks ago
COMPETITION: Win tickets to Thrive Festival 2020 for yourself and three mates
3 weeks ago
COMPETITION: Win a 12-month membership in a gym of your choice
3 weeks ago
This week's US Powerball jackpot is a monumental €337 million, so get entering!
4 weeks ago
New year, new you? Thrive Festival 2020 is the answer to all of your fitness needs
Next Page