It's one of those eternal debates that you always have with your mates when you're in the pub. If you were a boxer, MMA Fighter, WWE wrestler or professional athlete, what would your entrance music be?

I was thinking about this topic during the Superbowl but there's some rules that we're abiding to with our list of adrenaline pumping entrance songs. For example, the songs have to be loud, rousing and intimidating. If you're a fan of Kodaline or Garth Brooks then this article isn't for you!

FYI, we're also going to stay clear of orchestras, scores and more 'operatic' themes. With this in mind, here are some of our favourites along with a small description of why they would work so well.

Goosebumps because: Look at this entrance from the players at Virginia Tech. Simpy incredible.

When you hear it: You probably won't hear anything because the crowd will be so loud.

Goosebumps because: There's the slow buildup before that explosion of pure aggression, intimidation and raw hatred. Just like their other songs Sonne and Du Hast, it's impossible not to be absolutely pumped.

When you hear it: The 0:10 mark will make you want to punch the entire world right in its stupid face.

Rage Against the Machine - Bulls on Parade

Goosebumps because: It's a relentless assault on your eardrums and Tom Morello's use of the wah-wah pedal is stunning.

Goosebumps because: It's a cracking anthem for anyone that's just about to step into the lion's den. It's like the middle finger to 80,000 people that are baying for your blood.

When you hear it: The intro teases you into until that cracking moment on 0:30 when the beat kicks in. Strings always make anything sound better. 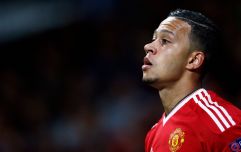 END_OF_DOCUMENT_TOKEN_TO_BE_REPLACED

Goosebumps because: As a person, he's an egomaniac. As a musician, only an egomaniac can create a song like this. Catch 22, eh?

There's a resonance to Kanye's words though because you 100% feel that he believes them. Yes, he's delusional and opinionated but only someone in that mindset can make you feel like you're prepared to take on an army of 10,000 men with one hand tied behind your back.

When you hear it: The stunning bass drop that arrives after the most bravado of bravado-filled lyrics "screams from the haters gotta nice ring to it, I guess every superhero needs his theme music".

Goosebumps because: Why give a s**t about what certain people think? Take their hatred and use it as something that drives you forward. 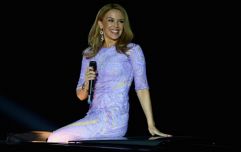 Kylie Minogue has announced the rescheduled dates for her Irish gigs

END_OF_DOCUMENT_TOKEN_TO_BE_REPLACED

Goosebumps because: That slow and ominous build-up instantly creates the impression that s**t's about to go down. The descriptive lyrics are so clear that you'll also know not to f**k with anyone that has this song as their entrance music. Scary and strong in equal measure.

System of a Down - Chop Suey

Goosebumps because: The entire song whips you into a frenzy of anger and adrenaline. There's also a very brief interlude when the aggression drops, important if you need a moment to focus on the job that's at hand, before resuming again. Perfect for a walkout then.

When you hear it: The riff at 0:30 will make you feel like you want to run straight onto the pitch/ring/octagon and rip heads clean off.

Iggy and the Stooges - I Wanna Be Your Dog

Goosebumps because: There's everything in this track. Swagger, cockiness, distortion, pounding drums and a riff that you feel is building from the lowest pit of your stomach.

When you hear it: Those eight seconds from 0:08 to 0:16 are the sound of you taking over the world.

Goosebumps because: It's the ultimate f**k you to the world, a statement of intent and a promise that you're going nowhere except the top.

When you hear it: Your fists will clench at 0:20 and they won't relax until the song is over.

Goosebumps because: It's the musical equivalent of lighting the fuse and waiting for the explosion. An anthem for when the revolution starts.

Oasis - Fu**ing in the Bushes

Goosebumps because: Every TV montage can't be wrong. It's time to step out with some swag.

When you hear it: That hypnotic bedding track will carry you out to meet any potential audience on a wave of 'I don't give a flying f**k what you think' euphoria.

Goosebumps because: Just like Massive Attack - Angel or Rob Dougan - Clubbed to Death, there's something rousing about a thumping baseline that gets under your skin and makes you feel like you're 20-feet-tall.

When you hear it: After what seems like an eternity of a build up, that bass drop at 1:16 is worth it.

Goosebumps because: Doctors should use this song when they want to bring people back from the dead. It's a perfect piece of music on every level.

When you hear it: Imagine coming out to the pitch/ring/octagon at the 0:30 mark. Your opponent wouldn't stand a chance.

All this without mentioning tracks by Disturbed, Cyprus Hill, Drowning Pool, R Kelly, Slipknot, Stone Cold Steve Austin's theme song and thousands more. Let us know what your entrance song would be.

We know what Homer Simpson's is!


popular
PERSONALITY TEST: What percent tosser are you?
Gardaí arrest woman (40s) in relation to the three children that were found dead in Dublin
The JOE Movie Quiz: Week 38
QUIZ: Name the missing word from these famous Dumb and Dumber quotes
QUIZ: The ultimate Royal Rumble general knowledge quiz
QUIZ: Name the missing word from these famous Derry Girls quotes
Tommy Tiernan's chat with James Leonard about addiction and recovery is genuinely life-changing
You may also like
5 hours ago
Rage Against The Machine add two more dates to their 2020 reunion tour
1 day ago
Alicia Keys and Boyz II Men perform emotional tribute to Kobe Bryant at the opening of the Grammys
2 days ago
"We wanted to be unapologetically ourselves" - The Scratch in conversation
1 week ago
Dublin's Olympia Theatre to host Bohemian Rhapsody and The Greatest Showman sing-a-longs
1 week ago
Spotify is releasing playlists and podcasts for your pets
2 weeks ago
QUIZ: Can you name these traditional Irish songs from just one lyric?
Next Page