20 books every sports fan needs in their lives (Part Two)

Some more hints to give to your family for a stocking-filler this Christmas.

This year’s releases will be given pride of place on the top shelves of bookstores in the lead up to the festive season, but if you’re prepared to look a little harder in the sports section, there are some absolute gems to be found that don’t even require an interest in the sport to captivate the reader.

We gave you ten of our favourites last week and below are ten more that should while away many an hour on cold evenings now that winter is drawing in.

Once again, feel free to suggest your own favourites via the usual channels at the bottom of the page. 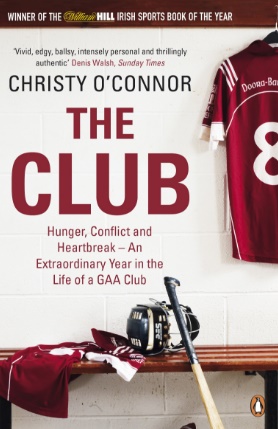 END_OF_DOCUMENT_TOKEN_TO_BE_REPLACED

There have been some excellent GAA books over the years, but none capture the nitty gritty of what it’s like at club level quite like Christy O’Connor’s compelling account of a year in the life of St. Joseph’s Doora Barefield in Clare.

O’Connor, who was coming to the tail end of his own playing career, skilfully recounts the demands faced by players, the struggles at administrative level and the bonds that can be created within a dressing room environment.

The visit of ‘The Red Lad,’ none other than Paul O’Connell, to deliver a motivational talk is a highlight of a book that is laced with emotion, with the tragic deaths of three people associated with the club, including O’Connor’s unborn daughter, central to the narrative throughout.

Only a Game? – Eamon Dunphy (Football) 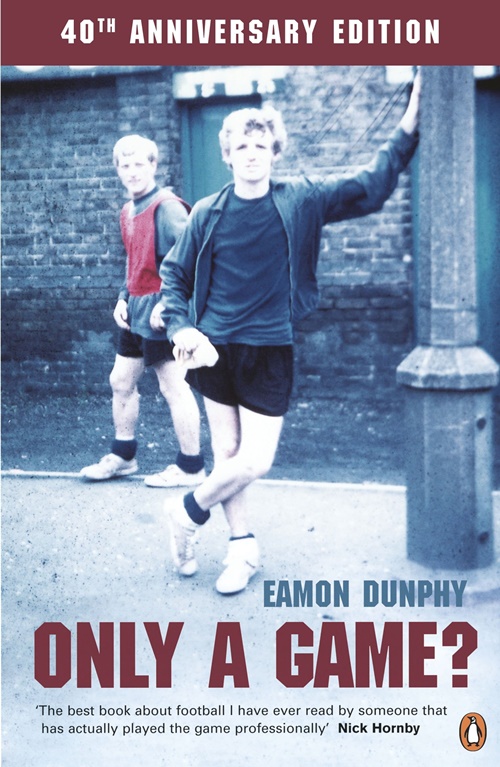 END_OF_DOCUMENT_TOKEN_TO_BE_REPLACED

As a football pundit, he’s almost become a parody of himself at this stage, but it should be remembered that Eamon Dunphy was responsible for writing arguably the best football autobiography that has ever been published.

In his account of a season spent with Millwall in the early 1970s, Dunphy lifted the lid on the world of professional football like nobody had done before; he was the original secret footballer without the need to preserve his anonymity.

Back then, when salaries were relatively modest and player power at a level nothing like it is today, life was very different for an average pro and, even though it’s a story that’s decades old, it’s still very much worth a read and even a re-read today. 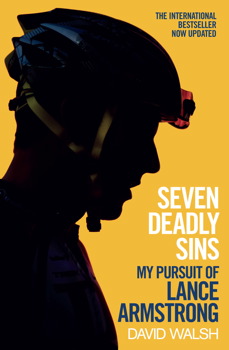 The story of Lance Armstrong’s downfall has been told so often at this stage that it’s in danger of becoming old hat.

As one of the central characters in bringing it about, however, the account of David Walsh remains the go-to guide to the unravelling of one of the biggest frauds in the history of sport.

Walsh tells the story in a way that makes the book extremely difficult to put down and, in particular, the chapter on his experience on The Late Late Show in 2002, when he appeared alongside Stephen Roche, is masterfully told. 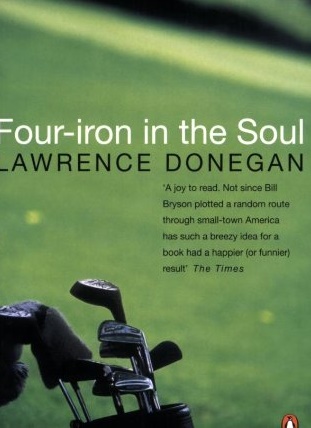 Some of the best sports books tell the tale of characters that are traditionally stuck in the background and when attempting to describe the life of a golf caddy on tour, author Lawrence Donegan dove in head first.

In 1996, Donegan, then a golf correspondent for The Guardian, took the bag of journeyman Scottish pro Ross Drummond and traversed the golf courses and motels in Europe and beyond in an account that is far less glamorous than what you might expect in a sport as lucrative as golf is nowadays.

1996 was the year before Tiger Woods exploded onto the scene and it would never be the same again afterwards. 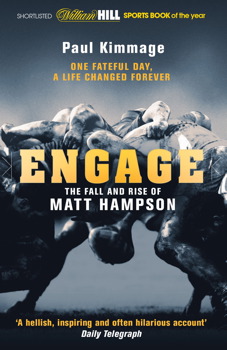 A worrying amount of players have had to retire from rugby due to injuries occurred in a game of ever-increasing physicality and the tale of Matt Hampson is more harrowing than most.

A promising prop forward, Hampson suffered an injury in a scrum session with the England under-21s that left him paralysed from the neck down and requiring a ventilator to breathe.

As you would expect from a book by Paul Kimmage, nothing is spared in the story of his recovery from such a debilitating blow in a book that is heartbreaking, uplifting and inspirational all in one.

A Life too Short: The tragedy of Robert Enke – Robert Reng (Football) 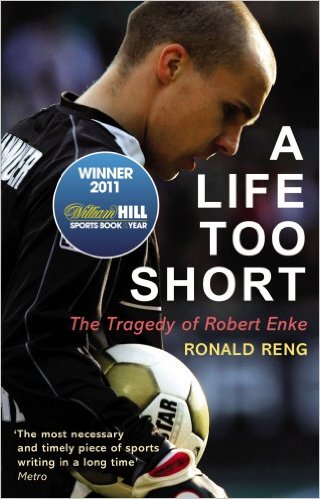 Professional footballers may live completely different lives to the millions of fans that watch them on a regular basis, but that doesn’t mean they’re insulated from the pressures of everyday life that affect all of us.

Author Robert Reng had intended to write this book as a co-biography with former German international Enke, but ended up having to finish the project himself after Enke tragically died by suicide in 2009.

In the end, Reng penned what is a beautiful and eloquent book about Enke’s life, including an account of his long battle with depression and the tragic death of his young daughter Lara.

Cake: The autobiography of a passionate, outspoken sportsman and entrepreneur – Shane Curran (GAA) 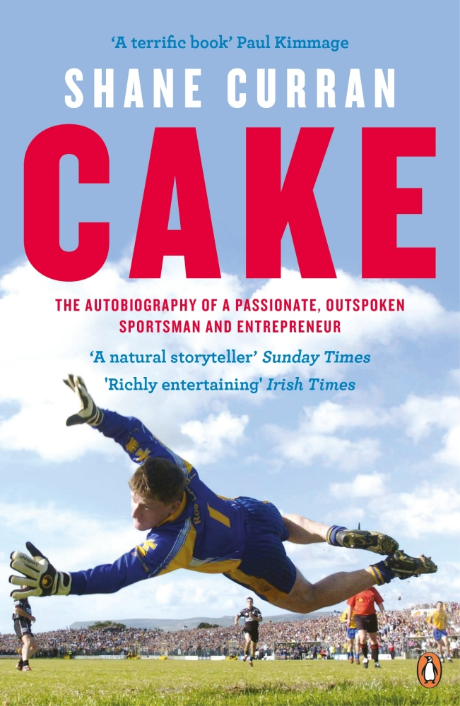 The problem with a lot of sporting autobiographies is an unwillingness by the subject to honestly divulge details about what goes on behind the scenes, but as you might expect with as colourful and as interesting a character as Shane Curran, that’s not an issue here.

Indeed, one could argue that the book is even too honest at times, with anecdotes about players urinating on each other in the showers and a truly hilarious account of Curran himself bringing a pint of his own blood into a Roscommon dressing room.

Curran’s life inside and outside of sport has been an extremely interesting one and his is a tale expertly told by Tommy Conlon in this correspondent’s most enjoyable sports book of recent years. 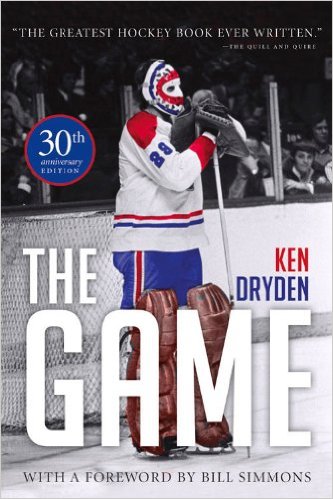 Just like Eamon Dunphy’s Only a Game, Ken Dryden’s behind the scenes account of a season with the Montreal Canadiens is such a riveting read because of its sheer honesty.

Unlike Dunphy, however, Dryden was describing what life was like at one of the best teams in the history of his sport; the Canadiens winning the Stanley Cup six times in the 1970s alone.

After writing it initially, Dryden didn’t read it for 30 years until writing a new chapter for an anniversary edition in 2013, but plenty of other people did and you don’t need to be an ice hockey fan to enjoy what is a classic of the genre.

The Death of Ayrton Senna – Richard Williams (Formula One) 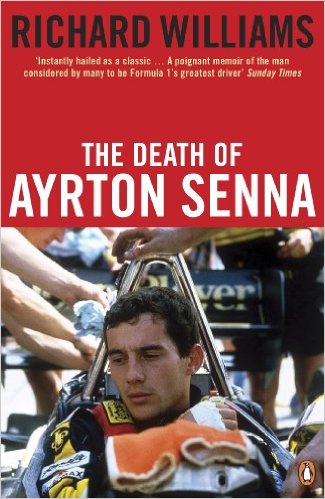 The magnificent documentary about the Brazilian driver gave an insight into his fascinating character and it is explored in greater depth in this account of his life and tragic death.

Senna was a hero, but he wasn’t perfect, and Williams addresses some of his less endearing traits as well as the brilliance, allure, magnetism and incredible will to win of a bona-fide Formula One superstar. 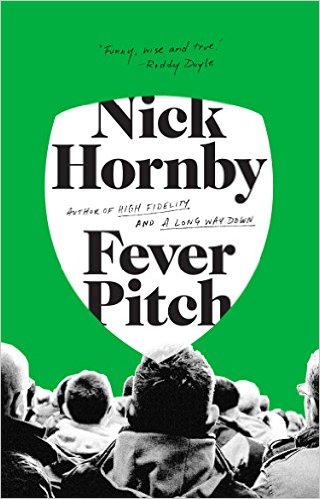 A guaranteed inclusion in any list of the best sports books of all time, Nick Hornby’s bestseller brilliantly captures the obsession that sports fans have with their team and the often detrimental effect it has on other aspects of their lives.

Hornby, of course is an Arsenal fan, and you can take it from us that this book, far more evocatively and eloquently delivered than the Arsenal fan TV videos that are practically unavoidable these days, sums up the essence of what it means to be a football fan.

popular
18 counties hit with weather warning as temperatures set to reach 29 degrees
Netflix has just added an incredibly tense 97-minute thriller
Nearly 100 flights delayed at Dublin Airport on Monday
QUIZ: Can you get top marks in this short but tricky Irish geography quiz?
QUIZ: Can you name all the counties in Ireland without the letter 'E'?
Public urged to conserve water as around 60 areas at risk of supply shortages
WhatsApp introduces way to choose who can and can't see you're online
You may also like
4 days ago
The JOE Friday Pub Quiz: Week 306
6 days ago
Rebekah Vardy breaks down in tears in first TV interview since Wagatha Christie defeat
1 month ago
Gary Lineker says he suffered racist abuse during football days due to "darkish skin"
2 months ago
Merseyside police defend ‘exemplary’ Liverpool fans tear gassed by French police
2 months ago
BBC trainee accidentally posts message mocking Man United live on TV
2 months ago
Kurt Zouma charged with three animal welfare offences
Next Page