A few suggestions for your Christmas wish-list.

Loath as we are to mention it too early, Christmas is just around the corner and as well as all the other trimmings that come with the festive season, it’s the most wonderful time of the year for sports fans looking for a good book to read.

Every year, without fail, shelves in bookstores are full to the brim with the latest offerings from the sporting world; in recent weeks, for example, you’ve no doubt noticed serialisations of two of the most anticipated efforts from Paul O’Connell and Kieran Donaghy in the papers.

END_OF_DOCUMENT_TOKEN_TO_BE_REPLACED

Such is the sheer volume of sports books, and of autobiographies in particular, that many of them unfortunately prove to be duller than dishwater, but thankfully, there have been any amount of classics in the genre over the years.

As was the case with the list of sporting documentaries we compiled recently (Part One and Part Two), the list is made up of books that have been read by your humble author and fellow members of the JOE team.

Any and all alternative suggestions are welcome via the usual contact channels at the bottom of the page. 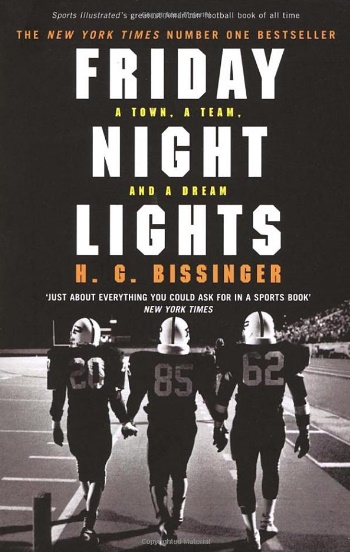 Author Buzz Bissinger wanted to get an insight into the role that high school football has in communities in the United States and so immersed himself into life in the football-mad town of Odessa, Texas for a year in the late 1980s.

END_OF_DOCUMENT_TOKEN_TO_BE_REPLACED

The result was a riveting read, not just about the obsession with the sport in the town, but about issues such as politics, race and social equality; a book that was so influential that it spawned a movie and was the inspiration for a wildly popular TV series. 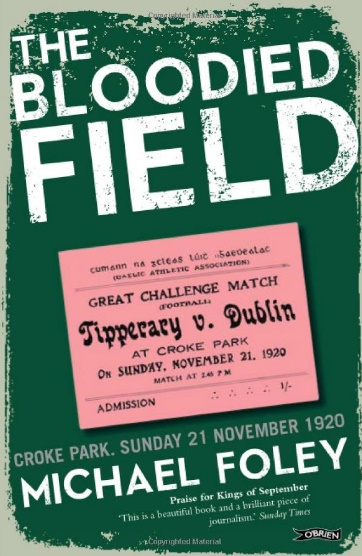 The story of the Bloody Sunday massacre during the War of Independence is embedded in Irish history, but never has it been as impressively or comprehensively recounted as it is in this magnificent work by Michael Foley.

The Bloodied Field examines one of the most infamous days in Irish history from social, political and sporting angles and revisits the life and times of the remarkable Tipperary footballer Michael Hogan, who was shot dead on that fateful day in Croke Park, where a stand was named in his honour. 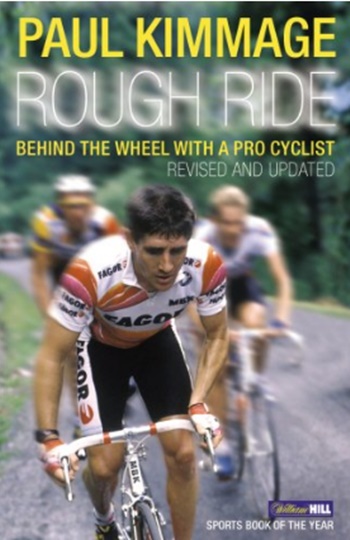 The lid has been well and truly blown off the culture of doping and cheating since, but Paul Kimmage’s first-hand account of the murky world of professional cycling, first published as far back as 1990, remains one of the best and most important books on sport ever written.

It was an incredibly brave move by Kimmage to open up about the use of performance-enhancing medication in the sport – including a confession about his own use of amphetamines – and it was not until years after that its significance was properly appreciated.

Back from the brink - Paul McGrath with Vincent Hogan (Football) 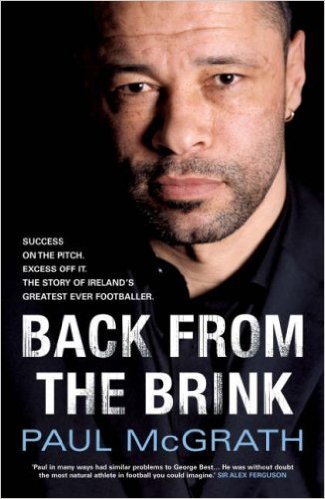 There aren’t that many autobiographies in this list, but the incredible life story of arguably Ireland’s most beloved footballer was never in danger of missing out.

Most Irish football fans would have been aware of Paul McGrath’s battle with the bottle before he told his story to Vincent Hogan, but some of the anecdotes detailing the woe it caused McGrath and those close to him are enough to move a reader to tears.

It’s not all darkness and depravity, however and as you’d expect from a member of Jack’s Army during the glory years of Irish football, there are plenty of rip-roaring stories in here too. Overall, a fascinating insight into one of the most fascinating sportspeople Ireland has ever produced. 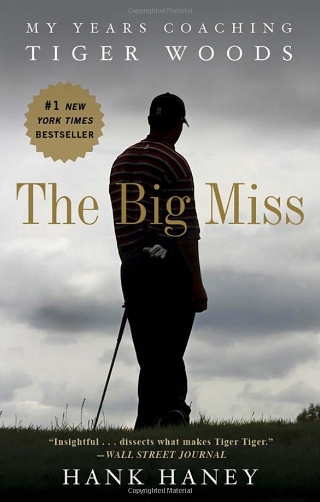 Access to the dark secrets of Tiger Woods’ personal life was granted to pretty much everyone following the stunning revelations about his infidelities in 2009 and it turns out there was plenty more light to be shed on what he’s like behind closed doors.

Hank Haney, Tiger’s coach for the best part of six years, was one of the precious few to infiltrate Tiger’s inner sanctum and The Big Miss is full of titbits about Woods’ complicated personality and his obsession with the Navy SEALs, a subject expanded upon in this revelatory Hunter Thompson piece. 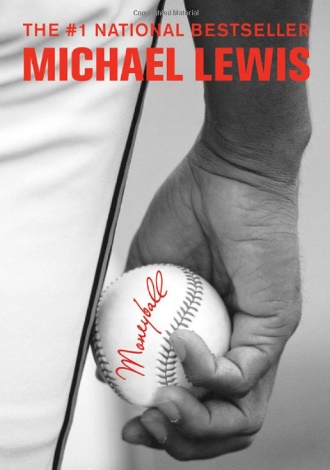 The concept of Moneyball is applied so often in virtually every sport that it’s nearly considered old hat at this stage, but the impact it had on baseball, America’s game, was truly ground-breaking.

Explaining the system of sabermetrics used to great effect by Billy Beane with the Oakland A’s doesn’t necessarily make for a great book on paper, but Michael Lewis manages to turn in an informative and entertaining read. 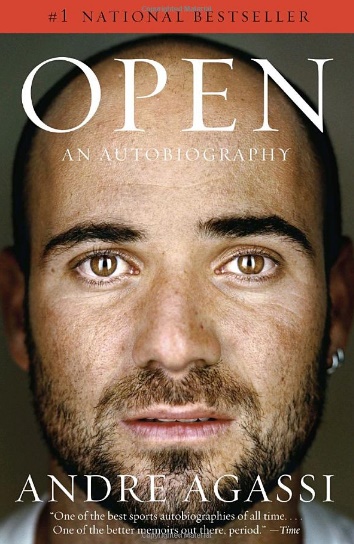 Countless sports stars steer clear of the faintest whiff of controversy when telling their life story, never mind recalling experiments with crystal meth, as Andre Agassi does in his.

Searing honesty is a prevailing theme throughout Open and it’s a lesson that his counterparts could learn when committing their stories to print, even if it’s just for more of the type of tales that reveal how much of a tight ass Pete Sampras really is.

King of the World: Muhammad Ali and the rise of an American hero - David Remnick (Boxing) 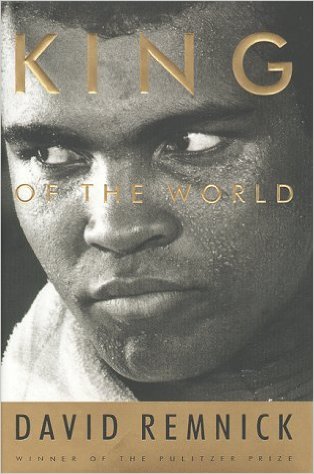 More books have been written about the late Muhammad Ali than probably any other figure in sporting history and in fairness to ‘The Greatest,’ he provided more than enough material for them.

The work of Pulitzer Prize-winning author David Remnick is as good a place to start with Ali as any and provides great detail in the account of his rise to prominence and journey to becoming one of the biggest figures in the history of sport.

Living on the Volcano: The Secrets of Surviving as a Football Manager - Michael Calvin (Football) 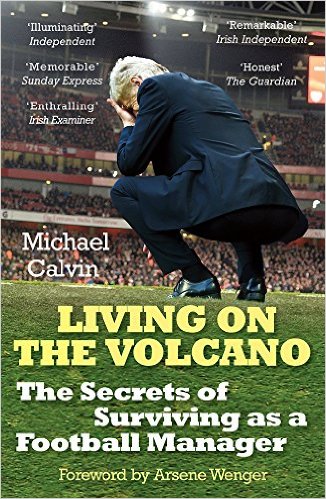 Who’d be a football manager?

The rewards are often lucrative, but the pressures of the job and the insecure environment in which managers operate are laid bare in a book whose title was inspired by Arsene Wenger, who likened management to "living on a volcano: any day may be your last".

Calvin interviews a selection of managers, including Brendan Rodgers, Roberto Martinez and Eddie Howe in a book (the winner of the 2015 William Hill Sports Book of the Year) that helps explain why so few survive in such a cutthroat profession.

This is our Year - Declan Bogue (GAA) 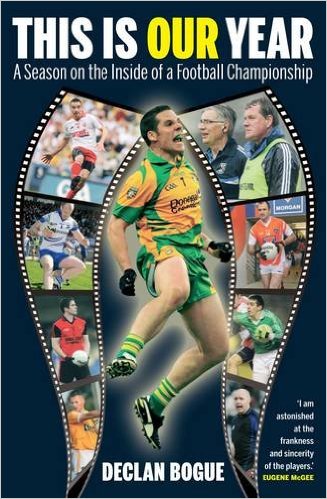 If this book wasn’t published, then Kevin Cassidy would probably have an All-Ireland medal in his back pocket and the most awkward TV interview in the history of the GAA would never have taken place.

The consequences for Cassidy, one of six inter-county players and one manager profiled in This is our Year, was, of course, the main talking point to emerge from a book that ruffled more than a few feathers back in 2011.

In some ways, that's a pity as it has somewhat overshadowed what was a fascinating fly-on-the-wall account of what goes on inside GAA dressing rooms, a sanctuary that’s increasingly difficult to access in the modern era.

All images via amazon.co.uk

popular
Details of cash payments and Christmas bonus outlined in Sinn Féin’s alternative budget
QUIZ: Test your knowledge with this Ultimate Friends Character Quiz
The JOE Friday Pub Quiz: Week 313
A brilliant psychological thriller is among the movies on TV tonight
House Of The Dragon is already better than Game Of Thrones
One of the best films nobody went to see turns 15 years old this week
QUIZ: How well do you know your horror movie scream queens?
You may also like
1 month ago
The JOE Friday Pub Quiz: Week 306
1 month ago
Rebekah Vardy breaks down in tears in first TV interview since Wagatha Christie defeat
3 months ago
Gary Lineker says he suffered racist abuse during football days due to "darkish skin"
3 months ago
Merseyside police defend ‘exemplary’ Liverpool fans tear gassed by French police
4 months ago
BBC trainee accidentally posts message mocking Man United live on TV
4 months ago
Kurt Zouma charged with three animal welfare offences
Next Page