It all kicks off on September 4 so here are 30 reasons why we can’t wait for some FOOTBALL.

The hot-shot former Heismann Trophy winner Johnny Manziel was drafted 22nd in the NFL draft by Cleveland and he is now in a battle with Brian Hoyer for the starting slot. The furore over Johnny Football will be so great that unless Hoyer plays like a hybrid of Tom Brady and Brett Favre, Manziel will be starting by Week 5. Then we will see if all the off-field, such as partying with Justin Bieber and Floyd Mayweather, really matters.

END_OF_DOCUMENT_TOKEN_TO_BE_REPLACED

Can the Seahawks repeat?

Seattle were simply brilliant last year, winning 13 games before romping through the playoffs to crush the Broncos in the Super Bowl. Going back-to-back in the NFL is really hard and they have a brutally tough division. Watching them cope with the pressure of being the champs will be fascinating. 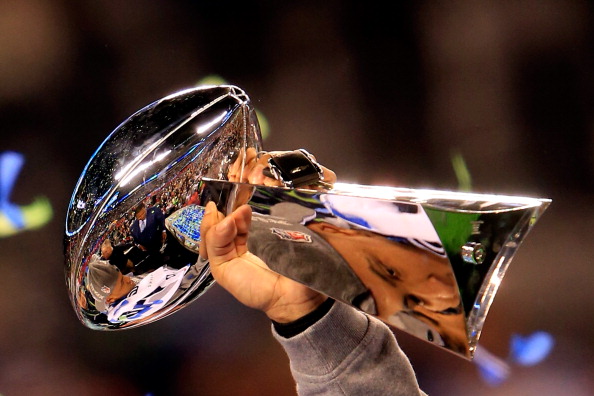 END_OF_DOCUMENT_TOKEN_TO_BE_REPLACED

Speaking of the Seahawks, star man Marshawn Lynch spent part of his summer protecting his car with his very own set of velvet ropes. We can't wait to see him introduce this to a TD celebration at some point in the season.

No, we don’t mean Clinton or Cosby. The Buffalo Bills are for sale, and both Jon Bon Jovi and Donald Trump are involved in separate bids to buy them. The fans want stability, but a celebrity owner could make being a Bills fan even more painful than it usually is this season.

END_OF_DOCUMENT_TOKEN_TO_BE_REPLACED

In the ever turbulent world of the NFL, the only constant is that the Patriots and Tom Brady are superb in the regular season. But they have come unstuck in the postseason, and they are without a Super Bowl win since 2005. At 37, Brady can’t keep going for much longer. That window has to be closing soon. We also hope we'll get another one of these...

The bright and shiny new stadium this year belongs to the San Francisco 49ers, who waved bye bye to Candlestick and hello to Levi Stadium this year. Costing $1.3billion it is stuffed with mod cons but little charm. We wonder will the 49ers miss the cosy confines and take some time to settle. In the NFC West, they may not be afforded any time.

All in on Indy

At 22/1, we have already invested a small sum in the Colts to win the Super Bowl and we may put more on them as the season goes on. With the easiest schedule of all 32 teams, and a rubbish division (AFC South), the Colts should romp to the post-season. We fancy QB Andrew Luck to go further to burnishing his reputation this year.

The team that went down 45-44 to the above side in the Wild Card playoffs, what will the Chiefs do this time out? After a diabolical 2012 season, Andy Reid sent them on their way to nine straight wins at the start of 2013. Will they regress this year?

The 244th pick of the draft is known by everyone as he is the first openly gay NFL player. How San Diego use the SEC Defensive Player of the Year in 2013 will be fascinating, as will be how his career covered by the media. 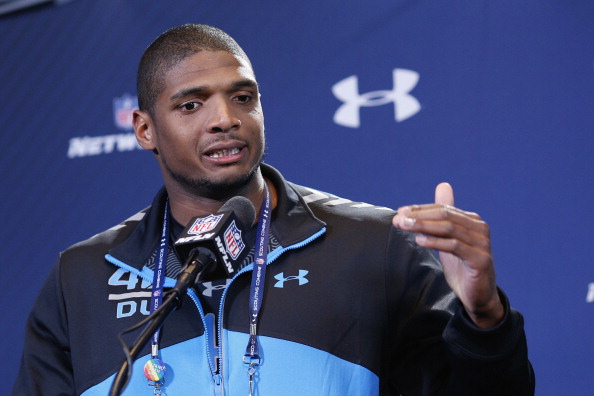 ‘Rested’ for the last three games of 2013 will the new head coach at Washington, Jay Gruden, be able to bring back the magic Robert Griffin III of 2012?

And, will the team he plays for have a different name, as the campaign to change from the offensive one they have gathers pace?

The New York Giants have said they want Manning to have a 70 per cent pass completion rate this year. I’d like to be Tom Brady, but neither is going to happen this season. Will be fun to watch Eli try though...

After his best year for TDs (24), and a first playoff berth, we wonder can the Panthers QB continue to improve. They got him a new Wide Receiver in Kelvin Benjamin via the draft but just getting back to the playoffs (we expect the NFC South to be better this year) will be an achievement. 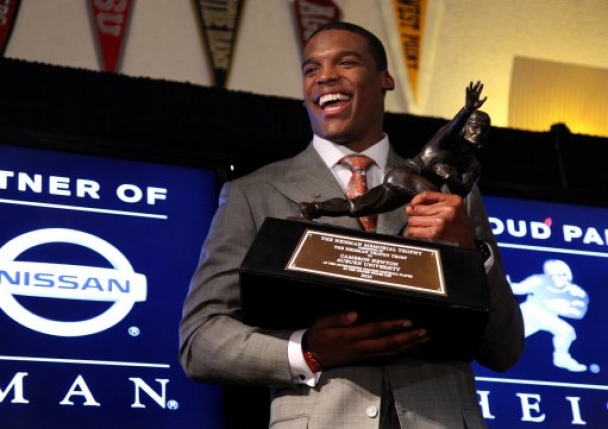 Speaking of the NFC South, the Saints are a serious outfit this year. At 17/1, they could be worth a punt for glory come February. Drew Brees and Jimmy Graham on the same team is almost unfair.

Jadeveon Clowney is the man responsible for this:

Yeah. And now he is in the NFL, the first pick of the Houston Texans in the draft. A potential beast, he will line up in the same defensive line as JJ Watt, another monster. We’re not really sure how good the Texans will be this year, but Lord help any QB facing them this season.

Speaking of the draft, the first QB taken was Blake Bortles, by the Jaguars. The Jags are such a mess that anything could happen but the word is the new guy could be benched for a year until he gets up to NFL pace. Not what you want from the third overall pick. Time to shine Chad Henne.

While we are on a new QB groove, this is the guy you should really watch for. Bridgewater was superb in college for Louisville (see video below) and he was the last player picked in the first round, by the Vikings.

We think he should have went a lot higher and he is rumoured to be ahead of existing QB Matt Cassel in the minds of the coaches so far in camp. This guy could be a real star and we can't wait to see him play.

A massive help to Bridgewater will be the presence of the greatest running back in the game, Adrian Peterson, in the back field. If the Vikings can marry a sound aerial game to the other worldly skills of Peterson, they could really be a threat. Is it too much to ask for another 2,000 yard season?

Three NFL games will be played in London this year. Oakland Raiders play the Miami Dolphins in Week 4. A month later, the Atlanta Falcons face the Detroit Lions and in Week 10 the Cowboys play the Jags. That is getting close to a regular season schedule now, and if you can get to a game we can't recommend it highly enough.

The loudmouth Seahawks back is hugely entertaining, and with a Super Bowl win under his belt, he'll be even more confident next season. Watch out Michael Crabtree.

The very definition of mediocre, with three 8-8 seasons in a row. The Cowboys sent out playoff tickets to their season-tickets holders already. Arrogance, publicity, or belief in Tony Romo one more time. We'll soon know, Mr Jones, we'll soon know.

The Ravens running back was at the centre of the biggest off-field storm when shocking CCTV footage of him assaulting and knocking out his then fiancée, now wife, out appeared online. Baltimore handled the entire incident with appalling clumsiness and the NFL followed this up with just a two game ban. Rice's punishment is now the standard by which all suspensions will be judged so watching Commissioner Roger Goodell hand out verdicts this season will be fascinating.

Being an NFL QB puts you in the firing line if you don't perform. The only way that scrutiny can intensify is if you have just been handed a monster contract in the off season. Bengals main man Andy Dalton was handed a six-year, $115m deal this month. For a man with one TD and six interceptions in his post-season career, it is a big contract so the red-head will be heavily watched this season. 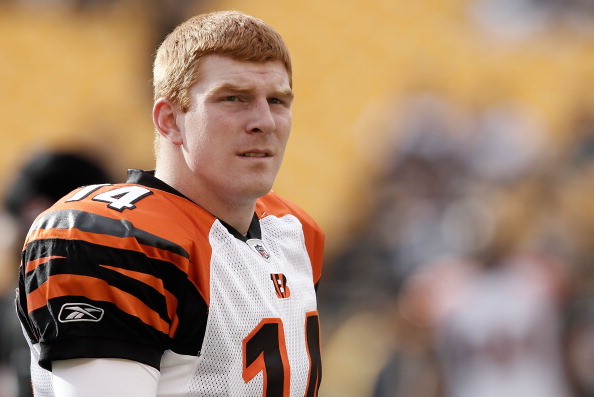 Chip Kelly's first season at the Eagles was great, running up a 10-6 record. His up-tempo play was great to watch and Nick Foles is now in charge with Michael Vick shipped out. Philly may not be good enough to go all the way this year, but they will be fun to watch.

As always with the Jets, there is drama. Geno Smith had an okay to good first season under centre, so good that Mark Sanchez finally left the building. Now he has Michael Vick as back up. If Smith starts to falter, expect the calls for Vick to go through the roof.

Cut on the last day of the 2013 close season, we've barely heard of Tim this time around. Bliss...

Denver were so good last season for so long. Peyton Manning defied all his critics to put in a superb regular season, with a record-breaking 55 TDs in just 16 games. He saw off old foe Tom Brady in the playoffs too, but the Seahawks destroyed the Broncos in the Super Bowl. Rebuilding from that will be hard but with new faces like Aqib Talib and Emmanuel Sanders the Broncos should be even better in 2014.

Consistently one of the most under-performing, and violent (in a bad way) teams in the NFL, we're looking forward to seeing how new Detroit Lions head coach Jim Caldwell will fare. They have the talent, so let's see if Caldwell, formerly of the Ravens, can get them to show it on the field.

We'll level with you, having a punt on the NFL is one of the great joys of the sport. Points spreads, away records and injury reports will be poured over as we try to assemble a workable winning accumulator on a damp and dreary Sunday night in November. Sure what else would you be doing?

The return of Gronk 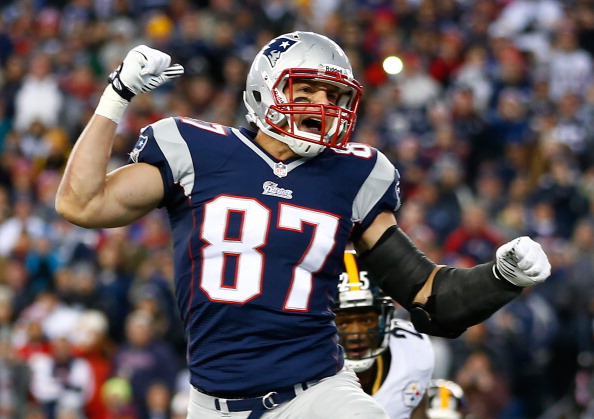 The Pats tight end is a machine when fully fit, something he has rarely been of late. In December he did his ACL and MCL so he has had a long road back to fitness, but we long to see Gronk in full flow again. Fingers crossed.

popular
Lidl to launch its second 'reverse vending machine' in Ireland next week
Husband of school teacher killed in Texas shooting dies of heart attack
The 2 Johnnies share unbelievable catfish ordeal affecting over 40 people
Acclaimed actor Ray Liotta has died, aged 67
The 50 most iconic songs of all time* have been revealed
QUIZ: How well do you know these famous flights in movies and shows?
Transphobia isn't funny; it's dangerous, and no "comedy special" can change that
You may also like
6 years ago
Video: Galway lad lands slick trampoline trick shot using an American football
6 years ago
Video: Irish people watch lacrosse for the first time and explain why it’s nothing like hurling
6 years ago
Pic: WWE’s Triple H plans to eat this mountain of food over 3 days
7 years ago
Video: College footballer performs 40-inch box jump while holding two 32kg dumbbells
7 years ago
Video: The latest People Are Awesome compilation features some unbelievably talented kids
7 years ago
Deceased coach wills $200 to all of his former players to enjoy a night out
Next Page