Does Big Sam deserve better treatment that Roy Hodgson? And how does Seamus Callanan compare to Messi and Maradona?

by Niall Quinn, who joins JOE for a weekly column around the start of the 2016/2017 Premier League season.

It's been a short summer.

It seems like just yesterday that four teams from the UK and Ireland (sorry Scotland) were heading off to France for the Euros. Everybody had high hopes.

And, it seems like just the day before yesterday when Brexit hit and the rest of Europe woke up to the news that the UK had taken it’s ball and gone home.

And now the Premiership is in full swing, the transfer deadline day has passed, the World Cup qualifiers have started up.

It’s business as usual and nothing much has changed apart from the fact that Sam Allardyce now has the England job.

I was relieved for Sam when Adam Lallana poked the winner through the legs of the unfortunate Slovakian keeper Matus Kozacik yesterday with the last kick of the game.

There were only ten Slovakians left on the field and in the press box the hatchets were already being sharpened.

Whatever was wrong with English football during the Euros is still going to be wrong this week, next week and in a few years time.

Sam’s job is to do what he is good at, getting results with the resources he has. Whether those results look pretty or feel ugly doesn’t matter.

Improving the resources that Sam has is somebody else's job. 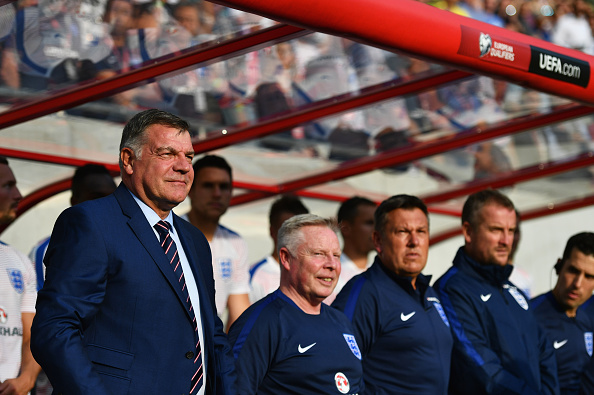 In an ideal world Sam Allardyce’s entire squad would be made up mostly from the top four premiership clubs.

He’d have a few dozen players just underneath that level knocking loudly on the door, one or two plying their trade at top Spanish or German clubs too.

Why that isn’t the case is a bigger problem than one manager can deal with.

Sam’s first game as manager came in the week of transfer deadline day. Nearly all the big stories coming out of the annual madness concerned foreign players coming to the Premier League.

From Sam’s point of view Joe Hart went to Torino and Jack Wilshere decided he’d enjoy Bournemouth a little bit more than he would enjoy Rome.

When the dust settled seventy foreign players had just come into the Premier League. About half that number had left but most of the lads packing their bags were those who didn’t quite make it.

Hardly any ripples were made by players from the UK or Ireland.

Times have changed at the top. Sadly beneath the surface the football culture hasn't moved on.

Back when the Premier League started in 1992/93 there were thirty six foreign players in the league and about eleven of those were starters.

The situation facing the England side (and the rest of us who depend on the Premier League for players) isn’t going to change from the top downwards.

Top clubs and the people who run them don’t feel responsible for the English team.  Their job is to get the best talent available and to get it now.

Every now and then (bad result to Iceland etc) fans moan about the lack of English players in the league but it’s like tourism to places of natural beauty.

We all feel that we have the right to be there but that maybe they should ban all other tourists in case the place gets spoiled.

Most fans think there are too many foreign players here but at ten o clock in the evening on transfer deadline day, when your team needs a striker, you don’t care if he comes from Tyneside or Timbuktu.

As an outsider looking in it seems to me that the problem is so ingrained in football culture that it will take years to solve.

As a kid at Arsenal I came through to the first team with about seven other lads I had played with in the youth side. We all went on to have decent careers.

Fergie did something similar at United with the Class of '92. It will be a long time before anything like that happens again.  It won't happen just by wishing for it to happen. 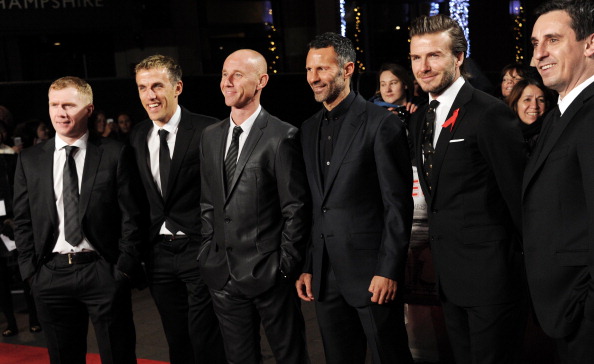 Arsenal are an interesting example.  My friend, Google, tells me that in 1930 Arsenal bought a Dutch player called Gerry Keizer. The FA said "tut tut" and brought in a crude anti-foreigner policy.  That policy lasted until 1978.

Top clubs will always want the top talent. We have known that since 1930 at least but we still haven’t adapted properly.

When foreign players began coming into the league they were a novelty and there were no foreign managers or foreign owners.

I was at Manchester City by the time I played with a foreign player. After experimenting with a couple of Dutch and German players, the club signed Georgi Kinkladze.

City didn't know what to do with Georgi. He had immense talent and fans loved him. But he was homesick and his mother and sister had to move to Manchester.

He didn’t do tracking back so when he’d make a run from out wide I would be told to leave the box and go and pick up the opposing full back.

I vividly remember one day against Leeds and every time Georgi lost the ball my job was to chase after their galloping full back Gary Kelly.  City got relegated twice in three years. 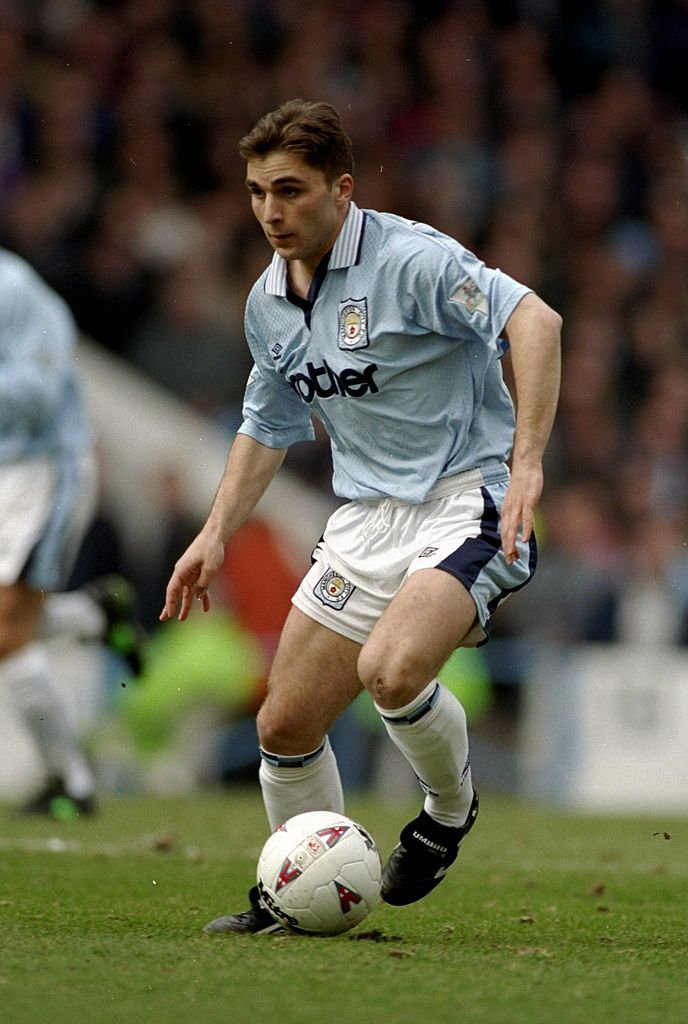 Joe Royle who was in charge for the second relegation said, “To the supporters he was the only positive in all that time. To me he was a big negative.”

English football never really bridged that cultural gap. Now the top clubs are foreign owned and have foreign managers who bring in their own foreign coaching staff  and pack their academies with young foreign players. Who can blame them?

The English game is a long way behind the big European powers in terms of the numbers of A and B qualified coaches we produce. So not enough kids at pre-academy level are getting the best coaching and not enough young coaches have a pathway to the top of the game.

The reality is harsh. If a club invests money in bringing a young payer and his family from abroad they have an interest in that kid succeeding.  When it comes to cutting the numbers it’s easier to get rid of local kid unless he is truly exceptional.

While English clubs scout the world  for players you don’t find  scouts from Juventus  or Bayern or Barca turning up at muddy pitches watching kids in the UK or Ireland.

So we have the greatest, most exciting and diverse league in the world but there is a price. The solution lies in the broader culture.

There is no quick fix.  No point in saying we hope to have 45% domestic players by the year 2020 or whenever or hoping that Brexit might be a help in some way.

The game needs to open up, accept that there is a ten year job to be done below the surface and  start looking to Europe instead of hoping to shut it out.  The Premier League is a juggernaut. It is not going to be stopped by a lollipop lady.

In the meanwhile blaming Sam Allardyce for anything that goes wrong, if it does go wrong,  is exactly the sort of short term, knee-jerk thinking that got the game to this point.

Sam got the job done yesterday. Other people have an even bigger job to do.

I was raised as a Dub with Tipperary blood in my veins. I’m the son of Billy Quinn, a hurler from Rahealty. We lost him in January  of this year and in Croke Park yesterday he was hardly out of my thoughts.

It was an emotional day but a good one.  Myself and Dad saw many bad days so this was one to be enjoyed. I can safely say that I was at every Tipperary championship game through the 70s and 80s. It’s not a great boast. Most years it was one game and the year was done.

Yesterday early in the second half I thought to myself, Billy you’d be loving this. Then Kilkenny got a goal and I made my excuses to him and said maybe the ghosts of the 80s were getting tangled up in what was happening. I kept Dad out of my mind till the final whistle blew.

I never see a hurling game without thinking how lucky we are to have this game at the centre of our culture. Going into Croke Park I met an American called Matt Young.  It turned out that he had been a major league baseball pitcher  or eleven seasons with teams like the LA Dodgers and the Boston Red Sox. He was seeing his first hurling game.

He was enthralled. He had never seen anything quite like what he witnessed in Croke Park. I love the idea of him going back to California and telling people about the experience he had. This incredible game and the players on the field creating all that intensity to bring something home to the place they come from, the place that their fans all come from. It is special.

How can a man go home to America and describe the magnificence of Seamus Callanan yesterday? Even watching hurling for the first time it was clear that something special was happening. 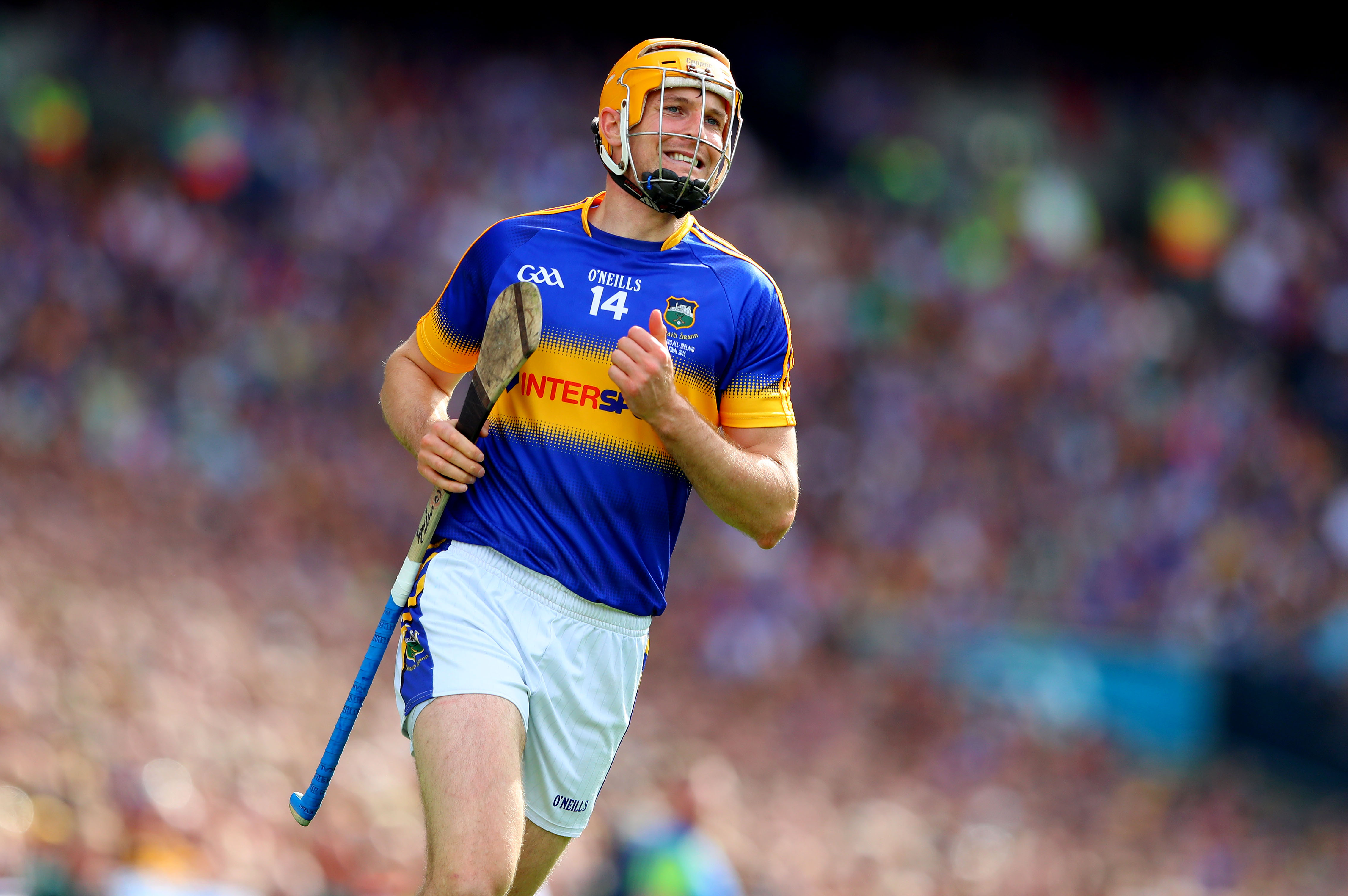 If you saw Maradona or Cruyff or Messi in their heyday everything they did looked easy.  Yesterday everything looked easy for Seamus.  Tipp had a lot of heroes but you could see the dog in them fighting for everything. Nothing Callanan did was easy but he made it look that way.

I was lucky growing up as a footballer. I look at footballers these days and they are posting up Instagram snaps of themselves out with rappers and MMA fighters. My buddies included a couple of real heroes of mine, Nicky English and Joe Hayes of Tipp. If you know Joe you don’t need to know any rappers or MMA fighters. He has it all.

I’m working in London tonight so I won’t be making the trip to Tipp. I didn’t make it six years ago either. Instead we stopped at Urlingford right on the Kilkenny-Tipp border and set up camp.

It was one of the great nights. Joe was there. The whole gang of exiled pals from Tipp. They sowed it into the Kilkenny people.  They knew they’d caused enough pain down the years that they couldn’t complain. They knew they'd be back too.

The same will apply tonight.  Kilkenny were great champions and they lost yesterday like great champions.  They’ll just have to put up with the noisy neighbours for a while.

popular
Eurovision producers reveal "irregular voting patterns" during Saturday night's final
Where will 2023's Eurovision be held if Ukraine can't host?
QUIZ: Try out one of our trickiest General Knowledge Quizzes yet
One of Liam Neeson's best ever performances is among the movies on TV tonight
REVIEW: Van Gogh Dublin is a truly unique cultural experience
QUIZ: Can you name the disaster movie from a single image from each disaster
The JOE Movie Quiz: Week 154
You may also like
4 days ago
Limerick hurler arrested following alleged altercation with Tipperary player in Limerick pub
3 weeks ago
Woman in her 20s dies after accident during Camogie match
7 months ago
Wicklow GAA to investigate fight after Under 15 match on Saturday
1 year ago
Post-match celebrations and a lack of social distancing at certain events put club game on hold
1 year ago
Cork GAA pleads with clubs and supporters “not to engage in celebrations that breach current guidelines”
1 year ago
What's the Bronco test and why it may come up in conversation this week
Next Page