Brought to you by Malones Edinburgh.

The Six Nations is back and we can’t wait for Ireland’s opening match against Scotland in Murrayfield. We’d all love to be at the match in Edinburgh but soaking up the atmosphere in a packed pub is the next best thing.

If you are heading out to watch the action, you can expect to run into a few of these characters.

The Know It All

The Know It All is the guy in your local boozer who feels obliged to point out everything that the coach or team are doing wrong. He’ll also tell anyone who’ll listen how he’d improve things if he was on the field/coaching the team.

Just don’t mistake his self-confidence for actual knowledge. The Know It All is happiest when he has a captive audience to talk at - preferably one that doesn't answer back.

END_OF_DOCUMENT_TOKEN_TO_BE_REPLACED

These are fans who aren’t as interested in the rugby as they are in rugby fans. They’ll usually be the ones who spend the match taking selfies, checking out the talent, or trying to catch the eye of big lad at the bar.

These girls or boys may not know anything about the game but they certainly know how to get a jersey in the most flattering size going.

The Force is strong with this one. Some people just understand the game better than everyone else.

END_OF_DOCUMENT_TOKEN_TO_BE_REPLACED

The Jedi can take a sup of his pint, make a casual prediction about what’s going to happen, and it inevitably comes to pass within minutes. Maybe he’s a former pro or else he’s steeped in rugby culture. Either way, he just sees things that the average fan doesn’t.

There’s always one person who takes the game just a wee bit too seriously when his team are losing. He’ll be the one frothing at the mouth, screaming at the TV and questioning the parentage of all the players on his own team.

Tantrums, bar-thumping and anti-social outbursts are all par for the course. And that’s when his team are winning.

The Bandwagon Fan tends to be fairly clueless about the sport but they seem happy to be there. What they lack in knowledge, they make up for in misplaced enthusiasm.

Expect the Bandwagon Fan to make a lot of noise when the one player he knows gets the ball. On the flip side, he still asks why Paul O’Connell isn’t playing and thinks that “The Claw” is a type of craft beer.

This guy (it’s always a guy) thinks it’s hilarious to dress up like a six foot shamrock, a sheep or some other hideous stereotype, even when he isn’t heading to the match.

The Novelty Outfit Guy tends to be more common among travelling fans. It’s all fun and games until you end up standing behind him in the pub, trying to see over his three-foot Leprechaun hat.

This group of lifelong mates converse in a verbal shorthand that the rest of the punters can’t understand, and seem happiest when they’re all cheering in unison. They constantly turn around and look at each other just to demonstrate how much they’re enjoying the match.

If you are heading to Edinburgh and you’re looking for a great venue to catch all the action, Malones on the Mall is smack bang in Edinburgh city centre and has an epic pop up in place for this weekend’s match with three massive outdoors screens.

This is the Irish bar’s first ever pop up bar for the Six Nations in partnership with Heineken, and it's ideal for pre-match or post-match pints. It’s a purpose-made rugby village for fans to enjoy the Six Nations games and live music whilst soaking up the atmosphere in Scotland’s capital. 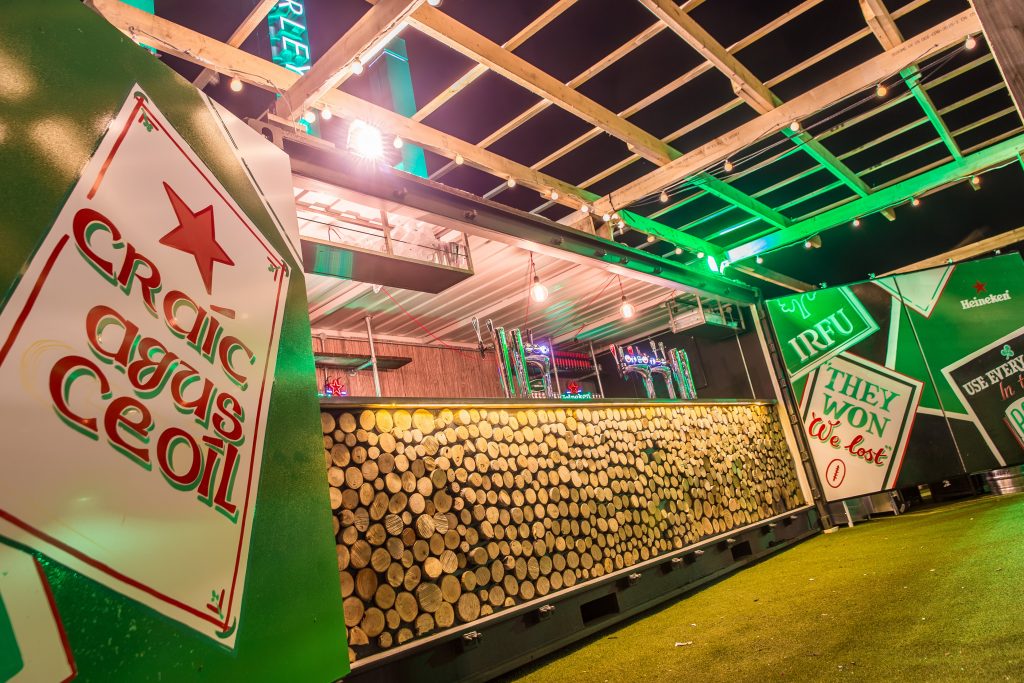 Brought to you by Malones Edinburgh.

House of Rugby Ireland · Munster can't beat Leinster, Six Nations squad and John Cooney interview
popular
QUIZ: Can you name all of these countries just from one of their cities?
The 50 most iconic songs of all time* have been revealed
The JOE Movie Quiz: Week 86
Spanish woman mistakenly believed to have died from Covid returns to care home
PICS: The man with the biggest penis in the world has one unbelievable problem with it
Police called to illegal rave to find pensioners queuing for vaccine
Majority of English people 'pleased' or 'not bothered' by prospect of united Ireland
You may also like
5 days ago
New year, new you, new career? This opportunity could be right up your street
1 week ago
Irish workers urged to check if they are entitled to tax rebates now a New Year has arrived
1 week ago
Over $1 billion can be won from two US lotteries this week and you can enter both draws from Ireland
1 week ago
WATCH: New rap video for ‘Dry Ass Pinty’ will provide the kick you need to do Dry January
2 weeks ago
QUIZ: Can you name these smartphones with their logos removed?
2 weeks ago
A mysterious new trailer has landed for your first must-watch show of 2021
Next Page