Surely the only GAA club on the planet that can count Willie Nelson as an honorary member and a man who starred in War of the Buttons amongst its playing contingent.

As if those two weren’t star-studded enough, Fionn MacCumhaill's Dallas can also count a former Rose of Tralee, Haley Devlin (nee O’Sullivan), amongst their 120 members, an impressive figure considering they’ve only been in existence for seven years.

Since their foundation in 2010, the club has seen a massive growth and regularly fields four teams for the Dallas Pub League, a competition that was devised to expose the game to the local Dallas Community.

Beyond Dallas, Fionn MacCumhaill's also compete in men’s and ladies’ competitions against clubs from San Antonio, Austin and Houston in the Texas Championships and, since 2011, in the NACB (North American County Board) Finals. 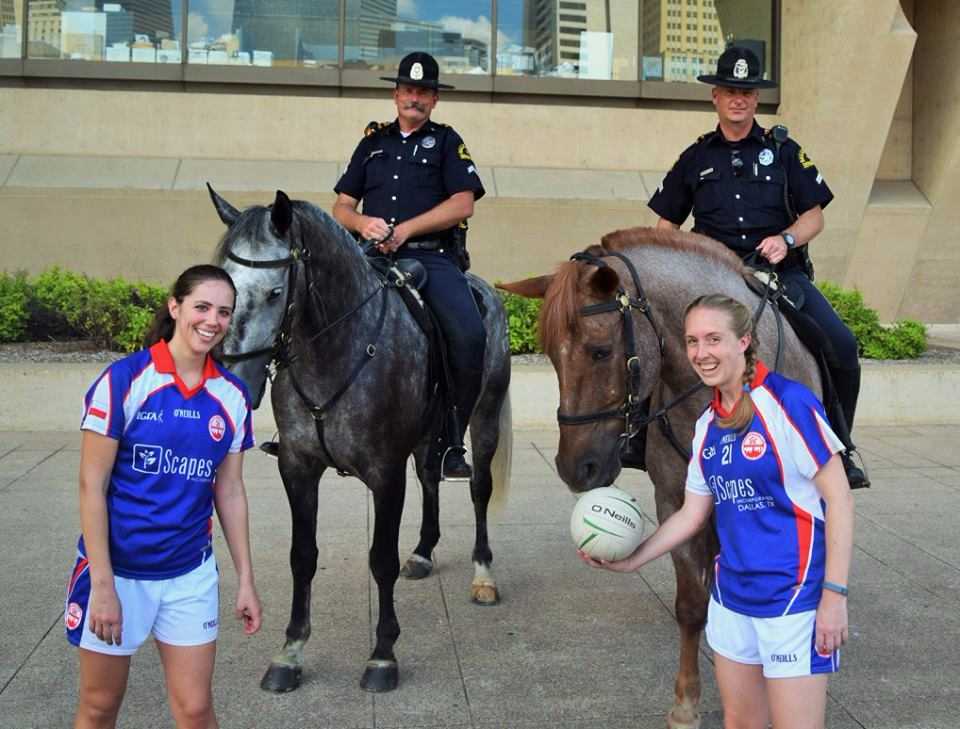 END_OF_DOCUMENT_TOKEN_TO_BE_REPLACED

The club tasted success in that competition in the Junior C Championship in 2014 and, more recently, got one over on close rivals, Celtic Cowboys from Austin, in the Texas Championships.

Board member Colm Hand recently got in touch to fill us in on life at Fionn MacCumhaills and to tell us a little more about some of their more famous members, how the club has helped romance to blossom and a hapless coach that could rival Inspector Clouseau for clumsiness.

END_OF_DOCUMENT_TOKEN_TO_BE_REPLACED

Most famous ever member: Our most famous member has to be John Wycherley from Ilen Rovers in Cork. The Wych, as John is more affectionately known, represented Cork back in the day and was unmissable with his long golden locks.

However, it is not just his spell on the Cork panel where his fame comes from; he also starred in the 1994 classic, War of the Buttons. 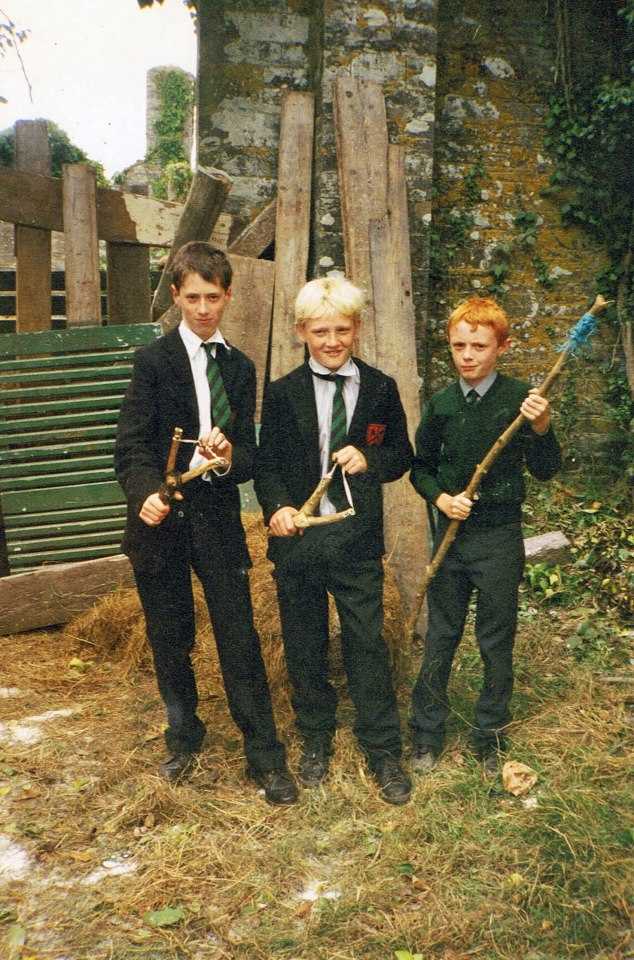 Club Member Haley Devlin also hit the headlines back home and is a former winner of the Rose of Tralee.

Other friends of the club include Fionn Fitzgerald, Dessie Farrell and Alan Kerins. A mention also to honorary member and legendary country singer, Willie Nelson.

Most memorable moment in the club’s history: The recent Texas Championship success for both our men’s and ladies’ sides. Finally taking the title from the Celtic Cowboys in Austin was a big moment for the club. The men’s team also won a Junior C National Championship in 2014.

Most eye-catching scoreline in the club’s history: You could say the men’s turnaround this year against Austin. Having lost by 28 points in April, the victory in the June final was all the more impressive.

Player who makes the longest commute to training: This crown goes to Anto McGee, who commutes just under 100 miles to make training. Serious dedication from the Sligo man. 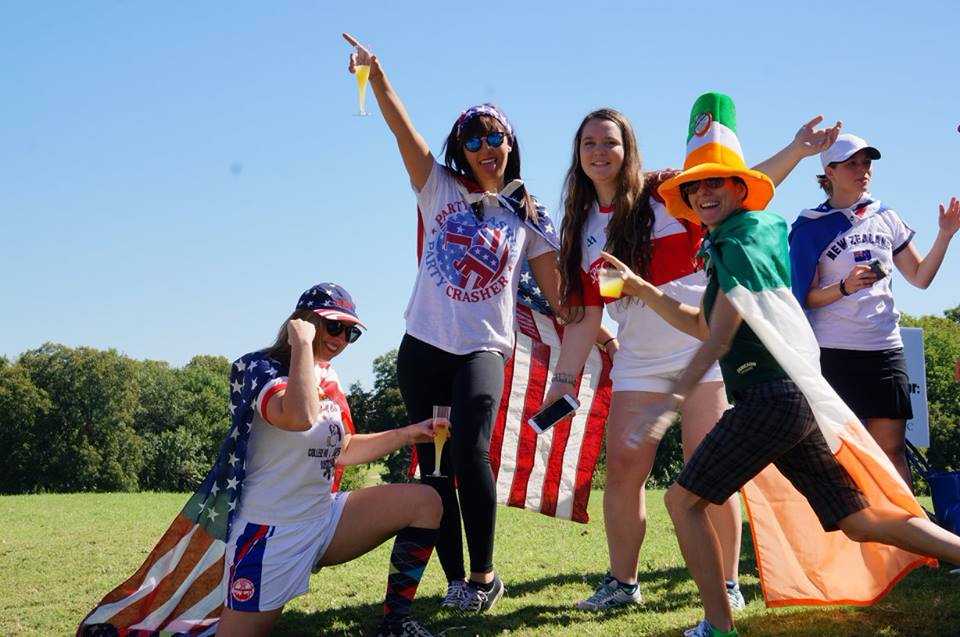 Most dedicated club person: Billy Turley. If you could give an award for clubman of the year, this man would win every year. He brings the water, the sun cream and the insect repellent and is the official club photographer. He’s Billy Connolly’s doppelganger too.

Player who could have made it big if love/career/drink didn’t get in the way: Marty Morgan. The career hindering his development is soccer. If he learned how to pick the ball up, he could have been a star. He has chipped in with a few big goals, which he won’t let you forget, but his time has come and gone at this stage.

Biggest character: Paul Devine (RIP) was certainly the biggest character in the short history of the club. He would be heard screaming in his thick Geordie accent at opponents and officials. An insult was his affectionate way of greeting people and he would always be quick to get the drinks in at the bar.

A true legend of the club.

Loudest in the dressing room: Micheál Cahill takes this particular crown. As the coach, he certainly uses that as an opportunity to be vocal. A man who describes himself as “an oven gradually getting hotter as the championship progresses”.

Number of romances that started in the GAA club (feel free to name names): The ones we know of now number in the double digits and surely a few more remain tight-lipped. 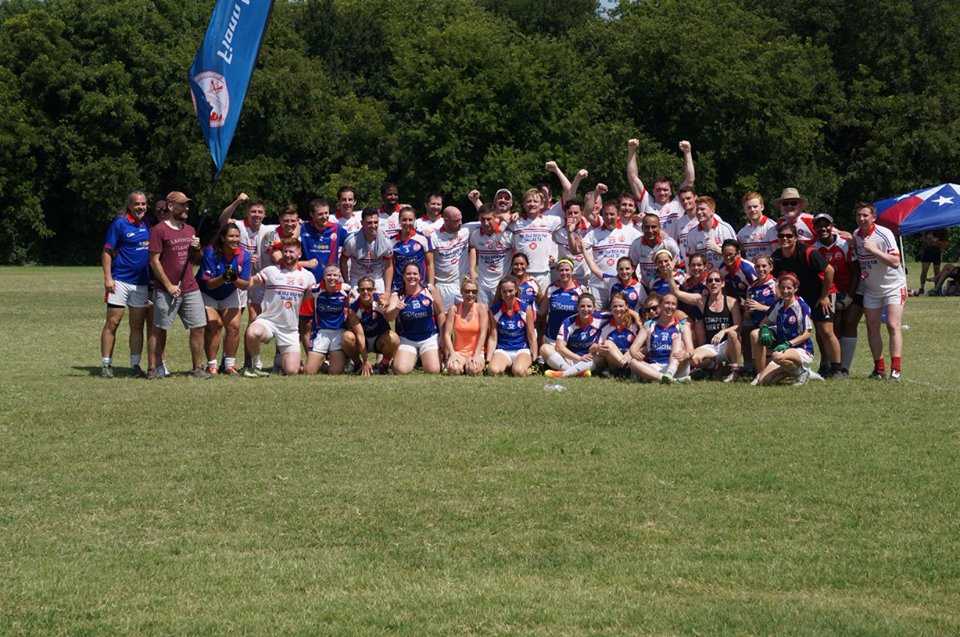 The story of Kevin and Erin McCann is probably the most romantic of them all. A Texas Rose and the club chairman, sure it is a match made in heaven. The club can certainly claim at least four weddings in recent times and there are plenty of young members who are set to feature in future decades.

Duck to water award – Best new player who had never played GAA before: American member Drew Wasikowski. With a sporting background that includes Quidditch, it was never really a surprise, was it?

Within a year, Drew made a midfield position his own, keeping many Irish lads on the sideline in the process.

Most annoying person in the club WhatsApp group: Davey Devlin. He is a bit like his beloved Liverpool, all talk at the start of the season but consistently fails to deliver.

A man who has been seen checking himself in on Facebook whilst sitting in his truck outside, he loves making boastful claims. If you didn’t know any better, you would swear he was lining out for his home county of Monaghan.

Best story involving a club member that’s fit for print: We have a bit of a hapless ladies’ coach in the club. Within one year, he had a number of unfortunate incidents related to the club.

Water is the key to hydration and with the Texas heat at its prime for our Championship, our coach managed to drink too much water and ended up hospitalised with a bout of water intoxication.

The next incident was at a home game, when he tripped over a carelessly-placed and unassembled pop-up tent and broke his elbow.

Lastly, in the same year at our annual golf tournament, he was standing behind his cart when another cart – which was driven by the A team manager – accidentally rammed his and he ended up in ER again.

Luckily, there was nothing broken this time except for his self-esteem. Safe to say we have wrapped him in bubble wrap ever since.