Representing the big ball in Canada since 1968.

During the Around the World in 80 Clubs series to date, it has been encouraging the note the vast multitude of GAA clubs that have sprung up in all corners of the world in recent years.

The majority of clubs featured have been established since the turn of the millennium and certainly, there are few to match St. Pat’s Canadians in Toronto, who will celebrate their 50th anniversary in 2018.

END_OF_DOCUMENT_TOKEN_TO_BE_REPLACED

Plans are already in place, in fact, for a big anniversary celebration in Le Treport Wedding and Convention Center in Toronto on May 12 next year.

More recently, the club has formed a ladies team that has been on the go for the last five years and it hasn’t taken them long to taste success either. 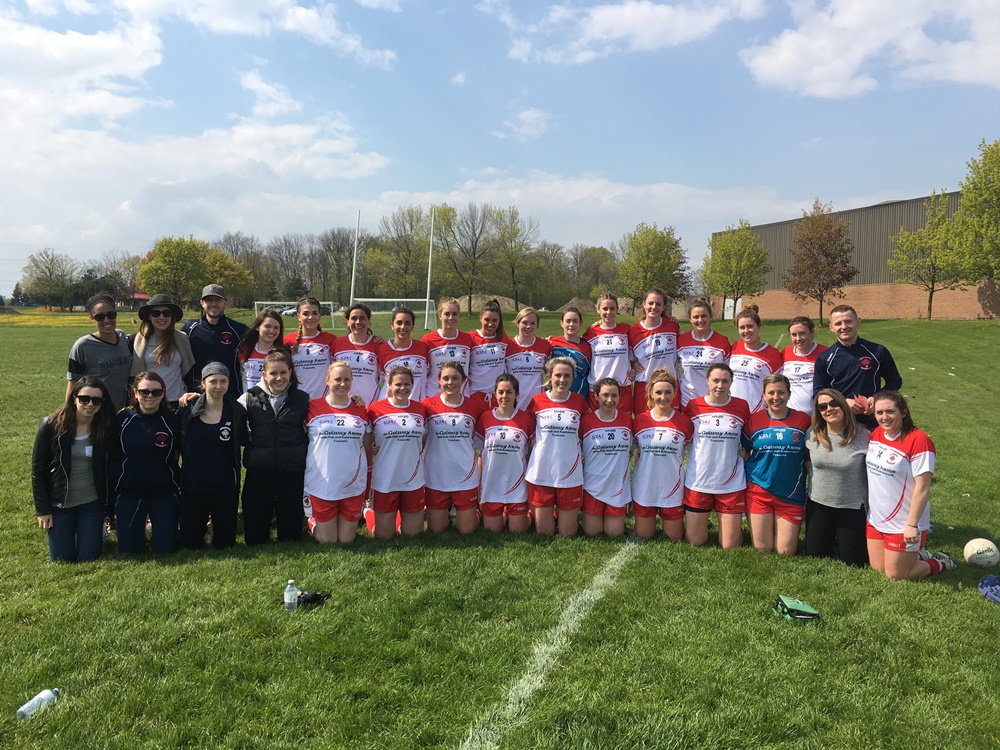 With a nice mixture of Canadian and Irish players and some from even further afield, the club is always on the lookout for new members who want to play a bit of ball and are looking to meet new people; as you’d expect of any thriving GAA club, the social scene is pretty active.

We caught up with PRO Claire Petch to find out a little bit more about that social scene as well as what life is like at one of the longest-established GAA clubs in North America.

Biggest rivals: It’s a small league so whoever we’re playing that week. 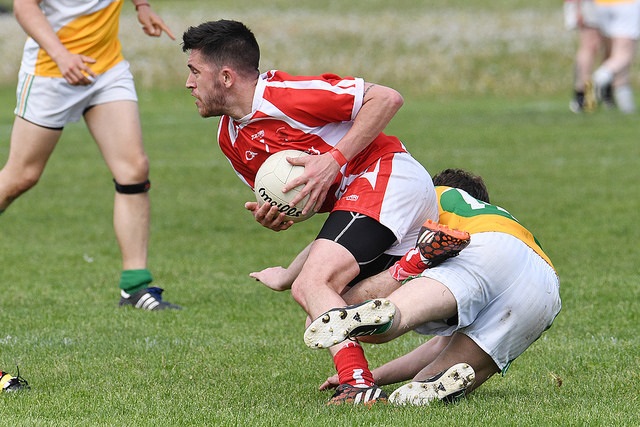 Biggest representation from a club/county in Ireland: At the moment it‘s Offaly and Mayo, which could explain why the championship cup has evaded us the past few years ;)

Most memorable moment in the club’s history: Most recently, it would have to be the ladies winning the junior and senior cups at the Montreal tournament.

Most eye-catching scoreline in the club’s history: The ladies' first ever game, but not for the right reasons. We'll say no more.

Player who makes the longest commute to training: It used to be Ciara ‘Whitby’ Keogh, who got her nickname from the city she made her long commute from, but she’s recently converted to a Torontonian (she’s stuck with the nickname though).

Most dedicated club person: We’ve got a great community for our club, but a special mention needs to go to the Morley family. They’ve been involved for years and are always there to lend a hand. 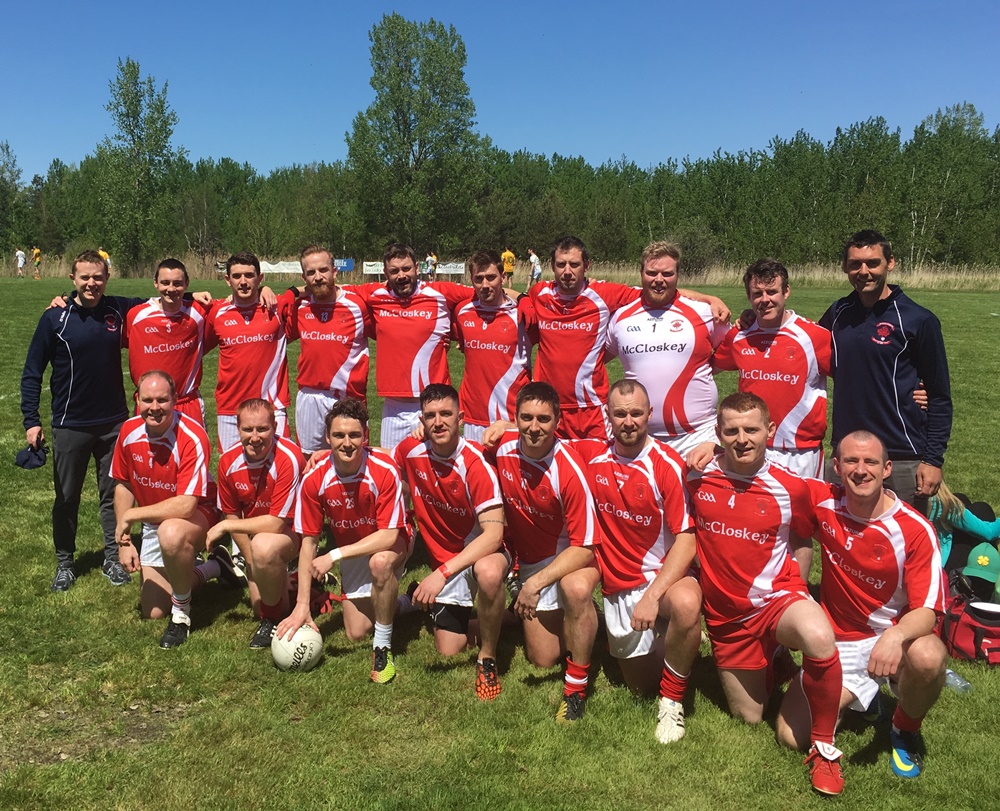 Number of romances that started in the GAA club (feel free to name names): Oh we’ve lost count of all of the summer romances that have come and gone. I guess the first official club wedding of people who met through playing will be mine next year (he’s going to wish he’d asked about this article now – sorry Barry!).

Duck to water award – Best new player who had never played GAA before: Shout out to Skye Gordon-Briggs, she’s an Aussie who came out for the first time this year and gives well-seasoned players a run for their money. It’s important to note that we all thought she was an Aussie Rules convert, but she’s never played that either.

Most annoying person in the club WhatsApp group: Whoever is sharing incriminating photos from the night before. 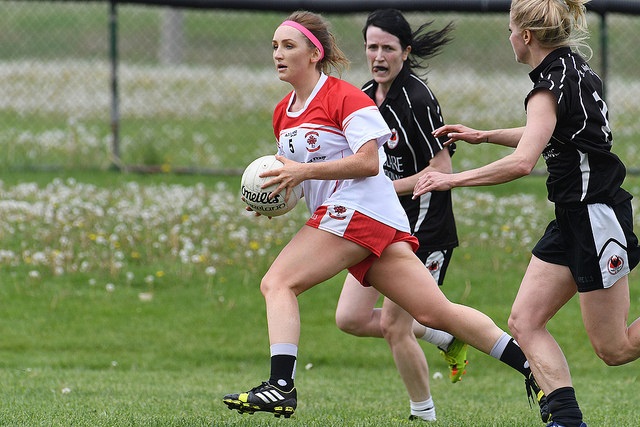 Best story involving a club member that’s fit for print: We’ll skip over the mysterious nicknames, almost ruined marriage proposals, and the 2011 AGM that still hasn’t officially been adjourned, and go to where all good stories begin: the pub.

After a particularly heavy night out for the club in a favourite bar, heads were sore the following morning and a few of the lads decided to return to the scene of the crime for a “recovery session”.

After a while, the manager of the bar came out and told one of the lads he needed to speak with him in the back office. Fearing the worst, he headed back thinking we were being barred from one of of our favourite locals. The manager proceeded to turn on the security tape from the previous night and fast-forwarded to just after last call.

The video showed a great team sing-song, except for one player (to remain nameless) off in the background staring at a barstool hanging 10 foot up on the wall. After what looked like a serious internal debate, he decided that was the best seat in the house and started climbing the wall.

Just as he got on top of the stool, he slipped off and fell out of the camera’s view. Shortly after, he pops back up, grabs his pint, and heads back to the sing-song thinking no one would ever know.

Thanks to that video, the whole club and now all JOE.ie readers know.

popular
Nicola Bulley's phone found by the river 'could be a decoy', diving expert suggests
The Last Of Us Episode Five will premiere days earlier in Ireland and UK
Amazon Prime Video has just added 21 big movies to its library
5 years ago, Hollywood took a massive gamble on a huge sequel... and lost big time
Shock as blues singer beats Adele, Beyonce and Taylor Swift to win Song of the Year Grammy
Teenager killed in shark attack after swimming with dolphins in Australia
One of the best crime thrillers ever is among the movies on TV tonight
You may also like
3 months ago
Brendan Óg Duffy's father speaks powerfully about his son's death
3 months ago
Gardaí investigating alleged assault on under-9 GAA player at children's sports event
5 months ago
Roscommon GAA confirms investigation into alleged assault on referee during juvenile game
6 months ago
Looking for a hotel room for the All-Ireland Final weekends? It won't come cheap...
7 months ago
Taoiseach condemns "disturbing" fight at Galway v Armagh game
8 months ago
The 2 Johnnies share unbelievable catfish ordeal affecting over 40 people
Next Page