GAA teams are always told to have no respect for their opponents in a game.

We always hear the stories about players turning into completely different animals when they enter the field of play.

Some of the quietest, most genuine and honest players just change in a game situation. There can be sledging, there can be off-the-ball hits, lads will take ferocious measures in order to win. 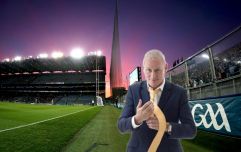 The Toughest: Who would be the GAA's 10 most expensive players if transfers were a thing?

END_OF_DOCUMENT_TOKEN_TO_BE_REPLACED

Off the field, these lads are often completely different. They're gentleman, they're the soundest lads going.

The Armagh team proved in the aftermath of their qualifier victory over Tipperary in Semple Stadium on Saturday evening that they're classy, that they're respectful, that when the game is over, they're as sound a bunch as you'll find.

It was a hard-fought game, it was competitive. Once that game was over, though,  the bite, that lack of respect, it all just goes out the window.

The Armagh team, like all away teams should do, cleaned up the mess they left after themselves and left the dressing room just as they found it.

It's small things like this that make a big difference.

McKeever, who tweeted the image is a former footballer with the Orchard county, and a current selector on the side. 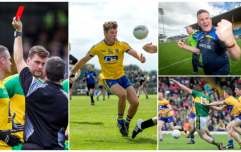 Shocks, sendings off and business as usual – All Sunday's GAA results

END_OF_DOCUMENT_TOKEN_TO_BE_REPLACED

Many away teams leave bottles all over the place, they leave dirt, they leave grass on the ground that their boots brought in from the pitch. There's tape, there's spit, there's blood, you'd never know what you could find.

In fairness, lads are in a rush, they've places to go. They know that there'll be someone to clean up the place after them. It's not their job.

That's why Armagh, who had a long journey home ahead of them after Saturday evening's game, deserve huge credit.

The Semple Stadium groundsman's mood was surely lifted when he went into find a pristine away dressing room.

It's a tradition that the All Blacks historically practice for away games.

The GAA is a community, full of lots of different personalities, and it's great to see rivals like this helping each other out.

popular
Eurovision producers reveal "irregular voting patterns" during Saturday night's final
One of Liam Neeson's best ever performances is among the movies on TV tonight
QUIZ: Try out one of our trickiest General Knowledge Quizzes yet
One of the longest lunar eclipses of the decade will be visible in Ireland tonight
Where will 2023's Eurovision be held if Ukraine can't host?
QUIZ: True glory awaits if you can 100% this General Knowledge Quiz
REVIEW: Van Gogh Dublin is a truly unique cultural experience
You may also like
6 years ago
Video: This Zimbabwean Irishman is one of Tipperary's biggest fans
7 years ago
Audio: Marty and Donal Óg Cusack commentate on the final minutes of the All-Ireland Final
7 years ago
Tipperary to face Kilkenny in All-Ireland final after seeing off lacklustre Cork
1 year ago
Four Irish players propelled into Lions debate after England hiding
1 year ago
Craig Casey and Johnny Sexton combination backed for Italy clash
1 year ago
Defence grows for Billy Burns after one of the roughest days of his rugby career
Next Page