Around the World in 80 Clubs: Frankfurt Sarsfields, Germany (#56)

Quite possibly the only GAA team in history forced to move carriage on a train due to singing the Sunday Game theme tune too loudly.

That particular episode (more anon) helps give an insight into the camaraderie and team spirit at Frankfurt Sarsfields, a progressive GAA club in central Germany that has been striving for improvement since its formation in 2009.

To that end, the club recently enlisted expert help with a series of coaching camps held over the summer months.

END_OF_DOCUMENT_TOKEN_TO_BE_REPLACED

In July, John Gibbons and James Gallagher from Castlebar Mitchels in Mayo travelled over to host a two-day Cúl camp, which impacted very positively on the significant number of underage players at Frankfurt Sarsfields.

A couple of weeks’ back, meanwhile, Paudie McCarthy, performance analyst with the Kerry senior team and Seán O’Sullivan, four-time All-Ireland winner with Kerry and currently a coach with the Kerry development squads, conducted yet another Cúl Camp with the kids.

Both sets of coaches were, in the words of club PRO Lisa Brett, “absolutely top class gents and a credit to their club and counties”.

Thanks to all @FrankfurtGAA for having us today at their Cul Camp. Great session with senior men and ladies too with @McCarthyPaudie 👍🏐🇩🇪🇮🇪 pic.twitter.com/McbT5kYbwi

END_OF_DOCUMENT_TOKEN_TO_BE_REPLACED

Not only did they provide a coaching clinic for the kids, Paudie and Seán took both the men’s and ladies’ senior teams for training sessions, recorded footage of them and subsequently provided feedback for both sides.

The men’s team had already tasted success at the German Cup in Augsburg before Paudie and Seán paid a visit, so imagine what they’ll be like from now on after such expert input.

Lisa was more than happy to fill us in on life at what sounds like a really good club to be involved with, including tales of a famous ‘shemozzle’ in 2011 and a former club member who went on to a role with the Liberian soccer team.

END_OF_DOCUMENT_TOKEN_TO_BE_REPLACED

Year established: 2009. The O’Neills jerseys were delivered just one day before our first ever match in Munich; a late departure to the tournament the following day meant players getting togged out on the train.

Number of members: 70 including underage. 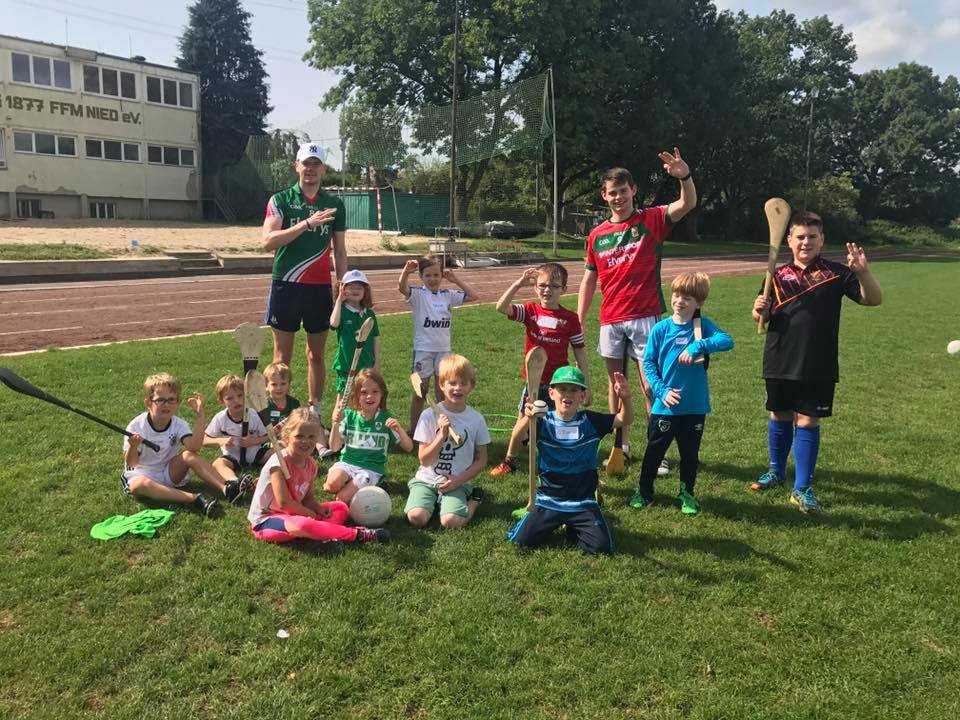 Biggest representation from a club/county in Ireland: Three from Westmeath - Ray Coleman, Lorcan Fox and James Staunton, three from Mayo – Robert Bashford and Paul and Lisa Brett and two from Meath - Neil McLoughlin and Shane O’Brian.

Most famous ever member: Fabian Meier, a German who would go on to be the physical trainer for the Liberian men’s national soccer team.

Most memorable moment in the club’s history: Hosting our first ever tournament in 2011 involving all the Benelux clubs and having quite a lot of Germans coming along to witness Gaelic Football for the first time.

A big ‘shemozzle’ with lots of obscenities ensued after the semi-final, when the referee indicated the final score, which awarded victory to the side who thought they lost (and rightly so).

It took about 20 minutes to separate the teams from each other (and the referee) and calm the situation down, much to the amusement of the large number of German spectators. Also, in 2017, the Sarsfields ladies had their first victory, beating an experienced and determined Luxembourg team.

Lead by captain Fiona Murphy and coached by Deirdre Lenihan, we had a winning combination.

Most eye-catching scoreline in the club’s history: Captain of the Sarsfields men’s team, Brendan Coleman, lifted the German Champion Cup in Augsburg this year, after they won one game by a scoreline of 7-8 – 0-3 along the way.

Player who makes the longest commute to training: That has to be George, Michelle, Cian (6) and Ruairí (2) Gregory, who commute at least twice a week from Hofheim, a suburb of Frankfurt.

Most dedicated club person: Amy Louisa Cowan, who secured our home grounds for this year. Part Scottish, part German (and we claim part Irish), this lady is a force to be reckoned with and whips us all into shape on a daily basis.

Player who could have made it big if love/career/drink didn’t get in the way: Graham Walsh. The love of his life dragged him away from the club to the Bavarian tribe in the deep south of Germany.

Biggest character: There are a few, but Helena Domeyer is one for sure. She’s affectionately known as ‘Roarmeyer’ since her first game, when she thought it was ok to roar at the opposition to stop them from scoring. The ref wasn’t too happy, but it worked and she scored our first goal in that game.

Robert Bashford, our Head Coach, is also a larger than life character. This Mayo man’s enthusiasm makes sure our kids training sessions are fun-filled.

Loudest in the dressing room: Ollie Merlehan when he is getting sick.

Number of romances that started in the GAA club (feel free to name names): None that we can mention, but we have plenty of couples such as the Bretts, the McCabes, the Lenihans and the Gregorys. 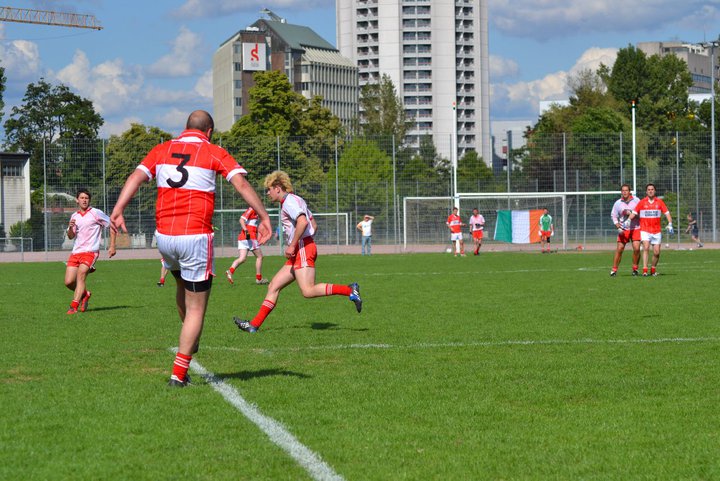 Duck to water award – Best new player who had never played GAA before: Kelly or Camille. Kelly, our Canadian, has a soccer background and a kick on her that no opposition wants to come across. Camille, our French forward, came to practice thinking it was a soccer training session and scored a goal within the first few minutes.

Most annoying person in the club WhatsApp group: This also has to be Amy (sorry Amy, we love you really).

Best story involving a club member that’s fit for print: On the way home from a Brussels tournament, the team were requested by the train conductor to move to one of the soundproof compartments for repeatedly singing the theme tune to the Sunday Game (which doesn’t even have any words) too loudly.

popular
Harvard study reveals how many times men should ejaculate each month to stay healthy
Parents left in shock after gorillas start mating in front of kids at zoo
Colin Farrell shouldn't win the Oscar this year
The JOE Friday Pub Quiz: Week 331
Conor Mcgregor hit by car ‘at full speed’ while cycling
Close call as Paul McCartney tries to pose on Abbey Road crossing
Man wins $1m on lottery ticket after someone pushed in ahead of him in queue
You may also like
3 months ago
Brendan Óg Duffy's father speaks powerfully about his son's death
3 months ago
Gardaí investigating alleged assault on under-9 GAA player at children's sports event
4 months ago
Roscommon GAA confirms investigation into alleged assault on referee during juvenile game
6 months ago
Looking for a hotel room for the All-Ireland Final weekends? It won't come cheap...
7 months ago
Taoiseach condemns "disturbing" fight at Galway v Armagh game
8 months ago
The 2 Johnnies share unbelievable catfish ordeal affecting over 40 people
Next Page