Mario Balotelli has never really done frustration well, has he? Here are our 20 best Mario moments.

Some are fact, some may well be fiction, but all 20 are stories that will have you chuckling to yourself and remembering how lucky we are he is still in the Premier League. 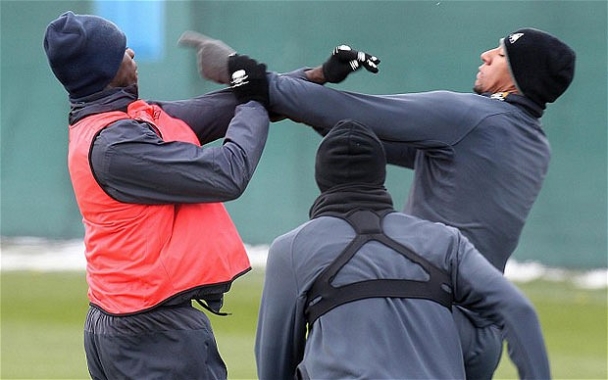 As we said there were many stories we had to leave out to keep it to 20.

popular
Disney+ has just added 10 big movies to its library
QUIZ: You'll do well to get 100% in this General Knowledge Quiz
25 years ago, Sylvester Stallone delivered his best performance in a hard-hitting crime drama
The 50 most iconic songs of all time* have been revealed
Why Bran Stark is the true villain of Game of Thrones
Netflix has just added an incredibly tense 97-minute thriller
QUIZ: How well do you really know Irish weather?
You may also like
7 years ago
Pic: Mario Balotelli is trolled by ex-Manchester United striker
7 years ago
Pic: Liverpool striker Mario Balotelli is being lightly trolled by a League of Ireland club on Twitter
7 years ago
Vine: Gerrard: “Jordan should have taken the penalty. Mario has been a bit mischievous.”
7 years ago
Video: Mario Balotelli’s winner against Spurs has been given the Super Mario Brothers treatment
7 years ago
Pic: Irish Liverpool fan makes Balotelli pledge on Twitter; fails to honour it despite close to 10,000 retweets
7 years ago
Twitter melts down as Mario Balotelli scores late winner for Liverpool against Spurs
Next Page