Leading online betting exchange Betfair has become the new sponsor of ‘The 600’ classic, the final of which will take place at Shelbourne Park in May.

The announcement was made at Shelbourne Park on Monday, where those in attendance included Irish Greyhound Board chairman Phil Meaney, the Minister for State at the Department of Agriculture, Food and the Marine, Shane McEntee TD and Graham Ross, Betfair Ireland’s Regional Manager.

‘The 600’ is a long-standing fixture on the Irish greyhound racing calendar and indeed was the first major race to be sponsored when it was known as the ‘Guinness 600’ way back when. Well, 1964 to be specific. 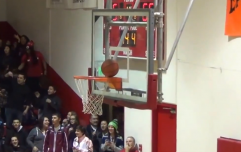 END_OF_DOCUMENT_TOKEN_TO_BE_REPLACED

The classic was subsequently backed by Euro Off-Track, Ladbrokes and Hegarty Bookmakers, but Betfair have now taken over title sponsorship for a race in which several greyhound racing legends feature on the roll of honour, including Late Late Show, Tyrur Ted, Ardkill Jamie and College Causeway.

The new arrangement also sees a prizemoney boost, up from €20,000 to €25,000 this year, while another significant fillip is the return of live television coverage of the final on RTE 2 on Saturday May 12.

Trial Stakes will take place at Limerick, Cork, Tralee, Harold’s Cross and Galway, with winners receiving €500 and free entry to the Betfair 600, while the winner of the Gain Irish Cesarewitch at Mullingar will also receive free admission. 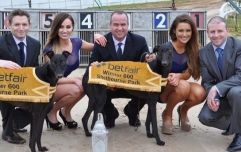 END_OF_DOCUMENT_TOKEN_TO_BE_REPLACED

Irish Greyhound Board CEO Adrian Neilan said, "It's great news to have Betfair as a high profile sponsor at Shelbourne Park for this classic event, coming on the back of several positive announcements in recent week's regarding last year’s figures, increased prize money, the SIS Deal and the new sponsorship agreement for the SIS Live Gold Cup.

“We are expecting the Betfair 600 to produce some fantastic racing over the four-week period at Shelbourne Park and Betfair's involvement ensures that the trend of an increase in prize money for all our major events continues at Shelbourne Park in 2012. This is another ringing endorsement of the popularity of Greyhound racing in Ireland and given we had over 750,000 visitors to our stadia last year I am very confident that Betfair will see a significant return for their investment in this industry.”

Graham Ross, Regional Manager for Betfair in Ireland, said, “Betfair is delighted to be associated with such an historic and significant race in the Irish Greyhound racing calendar. In light of the popularity of greyhound racing across our local and international business, we are pleased to be in a position to partner with the Irish Greyhound Board to promote our brand within the industry.

“Following the successful launch of our Global Operations office in the adjacent Watermarque office building in May 2011, this sponsorship represents an ideal opportunity to work with Shelbourne Park, an important part of our local community. We look forward to involving our 85 (and growing) staff in delivering what should be a memorable sporting occasion.”

popular
QUIZ: Test your knowledge with this Ultimate Friends Character Quiz
House Of The Dragon is already better than Game Of Thrones
The JOE Friday Pub Quiz: Week 313
Amazon Prime Video has just added 20 very big movies to its library
Fine Gael Councillor slams attendees of cost of living crisis protests
QUIZ: Name the country for each of these non-capital cities
One of cinema's greatest flops is among the movies on TV tonight
You may also like
3 years ago
FBD Insurance pulls out of sponsorship of Kilkenny Greyhound Stadium
3 years ago
Barry's Tea announce decision to pull sponsorship from greyhound racing event
8 years ago
Pictures: Italian designer Trussardi swaps models for greyhounds in their latest collection
10 years ago
Three is the magic, and profitable, number at Harold's Cross
10 years ago
PJ Gallagher heads to the dogs for Irish Greyhound Board fundraising launch
10 years ago
Michael Fortune's greyhounds to watch in 2012
Next Page