A little over the top, perhaps?

“The Lions looked like they might escape, but the Blues picked them up, held them in the air and speared the body into the ground. This was Tana Umaga's night of redemption. This was the moment when he can finally move on from that moment of brutality 12 years ago.”

Above is the opening paragraph in a column written by Mark Reason for stuff.co.nz in the aftermath of the British and Irish Lions’ disappointing defeat to the Blues on Wednesday.

Rugby fans won’t need reminding that Reason was referencing the infamous spear tackle on Brian O’Driscoll, which put the then Lions captain out of the series in the opening minutes of the first test in 2005.

END_OF_DOCUMENT_TOKEN_TO_BE_REPLACED

The tackle was always likely to be the subject of much discourse in what marks the first time the Lions have returned to New Zealand since the 2005 tour, especially as Umaga is coach of the Blues side that ran out deserving winners over Warren Gatland’s side.

Reason doesn’t reference the O’Driscoll episode after the opening paragraph and indeed, he was complimentary of a selection of Lions players and critical of some of the officiating and of the dissent shown by the Blues players.

His column though, does follow on from a press conference with Umaga earlier this week in which the Blues coach wasn’t as contrite about the incident with O’Driscoll as some of the visiting media might have wanted. 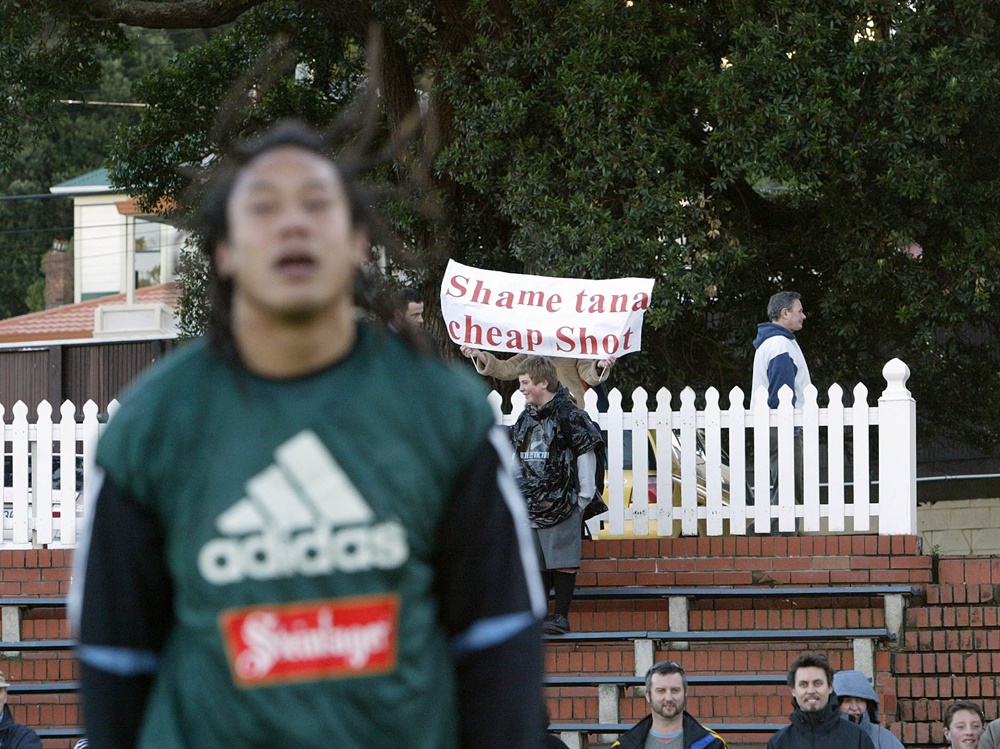 END_OF_DOCUMENT_TOKEN_TO_BE_REPLACED

“If people can't put it behind them I suppose they never will. It is not about that time now. It's about this group now and against the Lions and hopefully the memories they make that are positive ones, and we just move on from that."

Umaga’s comments prompted an editorial in the New Zealand Herald titled ‘Umaga could have put that tackle to rest’, which suggested that Umaga and New Zealand rugby “have done themselves no credit” with the reaction to the O’Driscoll incident.

"To many in Britain who saw televised, slow motion replays of that tackle, the way in which it was done remains deeply disturbing,” the editorial read.

“They are not alone.”

Reason’s column suggests that not everyone in the New Zealand media shares the same opinion on the tackle and that we probably haven’t heard the last of it yet.

The Big Reviewski || JOE · The Big Reviewski with Ray Liotta, Goodfellas facts & Tom Hanks making us cry
popular
The JOE Movie Quiz: Week 121
The JOE Friday Pub Quiz: Week 262
Temperatures to plummet to five degrees with thunderstorms as Atlantic system to hit next week
Ireland's newest train station officially opens in Dublin
PICS: The man with the biggest penis in the world has one unbelievable problem with it
Jason Byrne forced to cancel tour dates due to a heart condition
The 50 most iconic songs of all time* have been revealed
You may also like
7 months ago
Defence grows for Billy Burns after one of the roughest days of his rugby career
7 months ago
Major upside to Ireland's Six Nations challenge that should make all the difference
8 months ago
John Cooney comes to defence of JJ Hanrahan after kicking criticism
8 months ago
Cardiff conversation that proved Paul O'Connell always put the team first
8 months ago
Ian Keatley on Ronan O'Gara's deadpan advice and his most treasured Munster jersey
9 months ago
Springboks legend must have the greatest jersey swap collection in rugby
Next Page