Ireland under-20 captain Paddy Jackson has been given the nod at out-half ahead of Ian Humphreys for Ulster’s Heineken Cup semi-final against Edinburgh tomorrow.

The incredibly fresh faced 20 year-old keeps his place having filled the number 10 jersey in the defeat to Leinster a week ago and delivered an impressive performance against Connacht a week previous.

Despite Jackson’s undoubted quality, it is still a huge call from Ulster coach McLaughlin as it represents his first start in the Heineken Cup this season and only his fifth start overall and although Humphreys is not always the most reliable of options, he is capable of the sublime as well as the ridiculous. 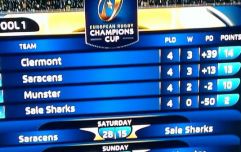 END_OF_DOCUMENT_TOKEN_TO_BE_REPLACED

Jackson’s promotion to the first XV slightly overshadows the fact that McLaughlin will be without flanker Chris Henry, who has failed to recover from a knock he picked up against Leinster in Ravenhill last week.

Thankfully for Ulster, Paddy Wallace and Pedrie Wannenburg have both been passed fit to start and another injury concern, Paul Marshall, will take his place on the replacements bench. Elsewhere, Henry’s loss is offset by the return of Rory Best, Dan Tuohy and man mountain Stephen Ferris to the forward pack for the province’s biggest game since the 1999 Heineken Cup Final victory.

Explaining the decision to go with Jackson, McLaughlin said: "Paddy has come in over the last few weeks and done exceptionally well. His performances have warranted selection.

“It's a very tough call on Ian (Humphreys) who has been exceptional for us over the past couple of seasons, but we felt Paddy deserved a shot." 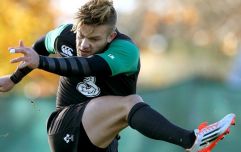 END_OF_DOCUMENT_TOKEN_TO_BE_REPLACED

Some stage for your first Heineken Cup start, eh?

Ulster’s clash with Edinburgh kicks off in the Aviva Stadium tomorrow at 5.45pm.