The Dubliner is fighting in Boston this weekend.

There are three Irishmen on the card for UFC Fight Night 59 in Boston on Sunday; Conor McGregor, Cathal Pendred and Paddy Hoolahan.

Pendred is 2-0 in his UFC career after wins over Mike King and Gasan Umalatov last year.

Ahead of it, we had a chance to chat to him about that match and loads more UFC-related stories. 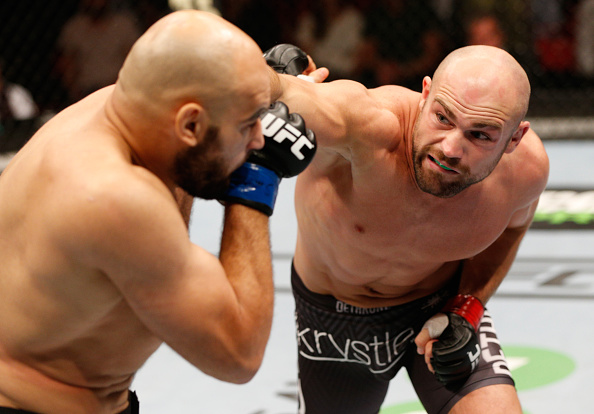 JOE: How was Christmas?

END_OF_DOCUMENT_TOKEN_TO_BE_REPLACED

Cathal: It was a little bit miserable to be honest. I went out one night about a week before Christmas and thought I could do the whole thing sober.

But, when drinks start flowing you are totally on a different wavelength, so I just headed home after a few hours. I decided that night that I'd take it easy and I turned into a bit of a recluse [laughs].

JOE: What did you have for Christmas dinner?

Cathal: I had some turkey, ham, brussels sprouts and a bit of gravy. I would've loved some stuffing or some mashed potatoes but I resisted the urge.

END_OF_DOCUMENT_TOKEN_TO_BE_REPLACED

JOE: Did you get any days off training?

Cathal: I trained everyday except Christmas day just doing my usual thing. Thankfully, all my teammates came down and trained with me, even though they didn't have to. I'm glad it's over and now I can just focus on the fight. 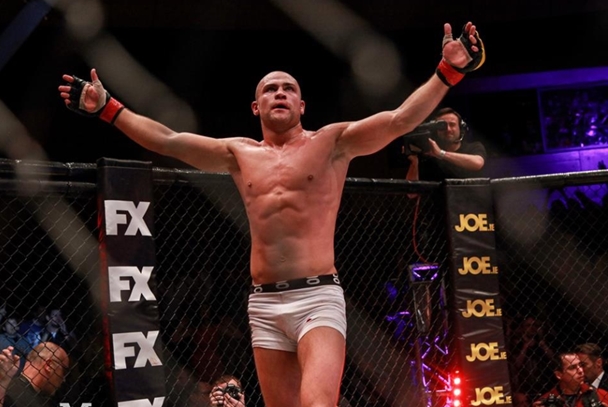 JOE: Your last fight was against Gasan Umalatov in Stockholm and you won by split decision, it was probably your most competitive fight in three years, did you learn a lot from it?

Cathal: It was a very close fight. I had never come across an opponent that was that defensive so it was pretty frustrating. I learned a lot from it and now if I meet a guy like him again, I'll know how to deal with it. To be honest, I don't think his style is a good way to make a living.

JOE: Sean Spencer is your next opponent in Boston on January 18, have you been watching footage of him over the last few weeks?

Cathal: I watched a couple of his videos after the fight was announced. I don't focus too much on other guys though. There's no point taking too much notice because guys can approach a fight completely different to their last. I look out for tempo though, some guys are really energetic and others are slow-starters.

JOE: What category does Spencer fall into then?

Cathal: He's actually kind of in between, he's not a slow starter but he keeps a nice tempo throughout the fight and that's probably his greatest strength.

JOE: We know Boston is close to your heart, what sort of reception are you expecting in that arena?

Cathal: I lived there until I was four-years old and it's the very first time I'm going back, so it's like a dream come true.

I don't need to be told what the reception will be like because I remember as a kid how special it was to be Irish in Boston and how much love there was for my family.

I can only imagine how the people in the city will get behind us on the 18th.

JOE: CM Punk joined UFC a while back, you sent out some suggestive tweets that you could be his first opponent. What is the story?

Cathal: I can't really talk about that anymore. I don't really want to put my foot in it like last time [laughs]. 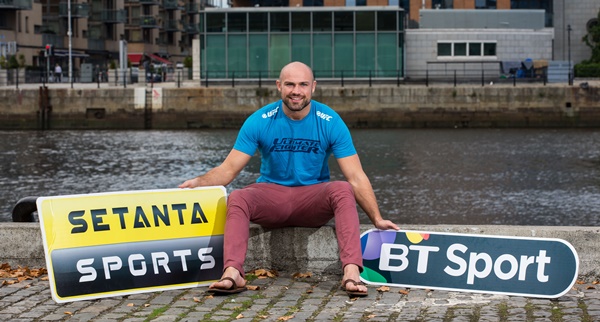 JOE: Right, lots of talk and hints lately that a UFC event could take place in Croke Park, can you picture an Octagon in the middle of that stadium?

Cathal: That's all I've been doing for the last six months. I think it's going to be amazing but I think it's between Croker and the Aviva. A while back, nobody wanted it but now they're both battling it out to host an event. It's funny how things can change.

JOE: Let's just say Croke Park gets confirmed for an event, do you really think you guys could attract 80,000/90,000 people to come and watch it?

Cathal: Yeah, I 100% do. The sport is getting bigger and bigger. Conor (McGregor) has a new six-part series coming out on RTE soon so that will make it even bigger again.

It'll be such a huge event that it will attract thousands of fans from the UK and Europe. Listen, if Garth Brooks can sell out five shows, we can definitely sell out one.

JOE: How do you find the lead up to the weigh-in and how do you kill your time?

Cathal: Being in the UFC is great because a few days before the fight you have loads of media obligations. You have a little timetable so it keeps you busy up until the weigh-ins because there's nothing worse than sitting in your room doing nothing.

I'm watching Boardwalk Empire so I should finish that in the next few days and onto House of Cards then, but the pre-fight stuff is actually fairly hectic.
JOE: Thanks for talking to us, Cathal. Best of luck on Sunday.

UFC Fight Night Boston is exclusively live on BT Sport on Sunday January 18 at 12am.  BT Sport can only be accessed in Ireland via the Setanta Sports pack.

popular
Man hasn't put arm down for 10 years - and this isn't even a world record
QUIZ: Test your knowledge with this Ultimate Friends Character Quiz
€600 energy credits and free schoolbooks for children set to be announced in Budget 2023
Jeffrey Dahmer’s dad thinks he knows what’s to blame for son becoming a serial killer
The JOE Friday Pub Quiz: Week 313
QUIZ: Name the country for each of these non-capital cities
Fine Gael Councillor slams attendees of cost of living crisis protests
You may also like
2 years ago
Paddy Holohan has been suspended from Sinn Féin over his claims that "scum" underage girls were having sex with men and blackmailing them
3 years ago
Straight Blast Gym Ireland to open new location in Dublin this month
3 years ago
WATCH: Irish MMA fighter shares lovely video of him and his grandad singing 'Imagine' together
3 years ago
WATCH: Conor McGregor is beaten by Khabib Nurmagomedov as all hell breaks loose at the end of the fight
3 years ago
WATCH: The Irish have taken over Las Vegas ahead of the McGregor fight
3 years ago
Channel 5’s Bellator MMA coverage shows Peppa Pig instead of the main event
Next Page