Winning in the Windy City.

The sheer number of clubs in countries all over the world is a testament to the extent to which the influence of the GAA is spreading and the rate of the progress made is nothing short of phenomenal.

Fully indigenous GAA clubs are now becoming something of a common occurrence in a number of countries outside of Ireland and in Chicago, they have teams that are not only made up solely of American players, but they’re whupping ass too.

END_OF_DOCUMENT_TOKEN_TO_BE_REPLACED

In 2016, for example, a group of American born players from the south side of the city became the first All-American side to capture the North American Junior A Gaelic Football title on Labor Day weekend in Seattle.

That achievement came a mere 11 years after the club was formed in 2005 and was one of a number of titles the Patriots have claimed in their brief existence to date.

Many of the team that won the title have been playing together since the under-8 grade, having come through the system at St. Jarlath’s youth club, one of the main reasons the Patriots are in existence today. 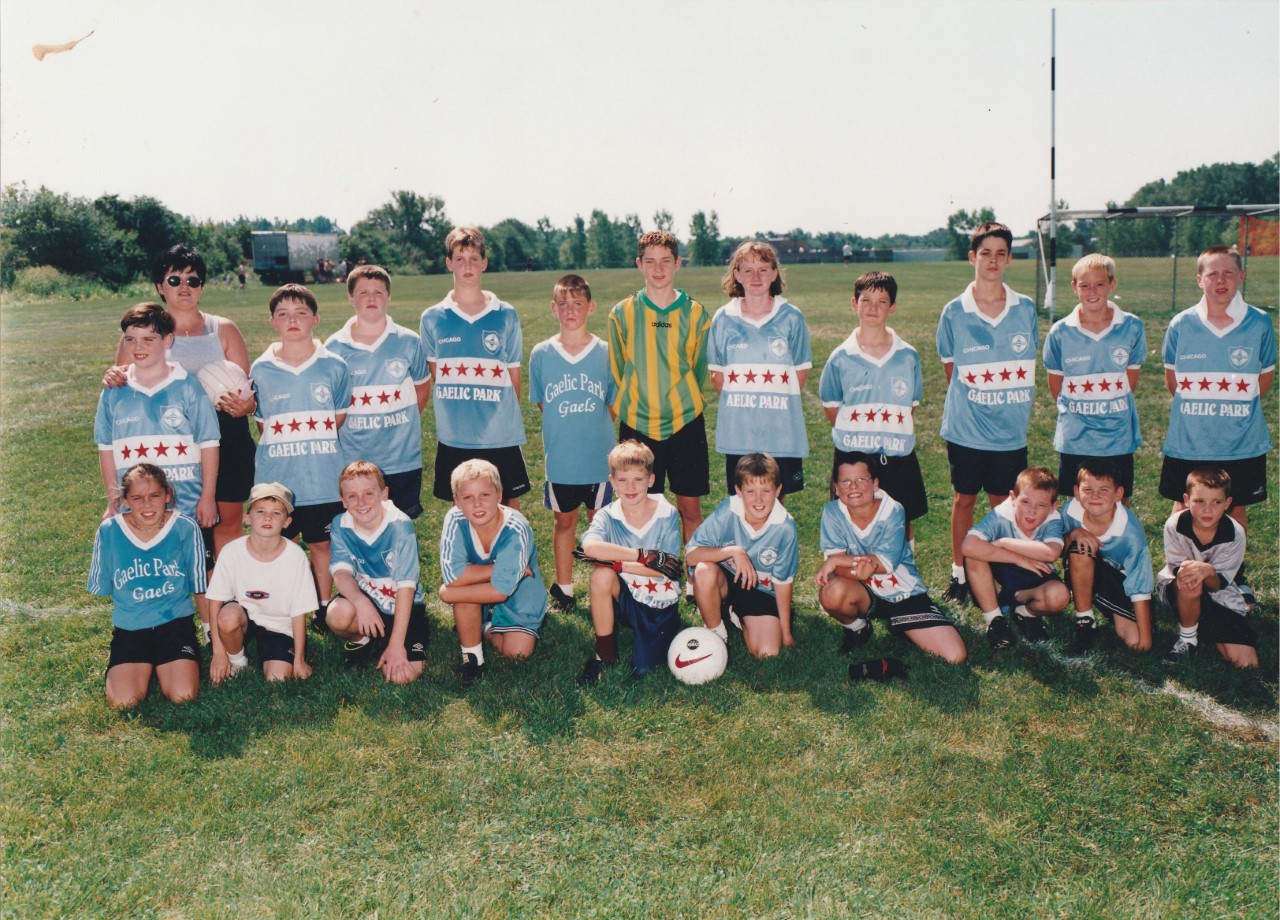 We caught up with club secretary Ian Cunniffe, who gave us the lowdown on the astonishing progress made by the Patriots in recent years and to dish the dirt on the colleagues he shares a dressing room with.

END_OF_DOCUMENT_TOKEN_TO_BE_REPLACED

Biggest representation from a club/county in Ireland: Galway & Mayo. Simply the wesht.

Most famous ever member: Joseph Begley, a legend of North American GAA. Known from San Fran to Boston, Ottawa to Austin, he is the founder of the Patriots as well as Chicago St. Jarlath's youth GAA, where the majority of our club members learned to play Gaelic Football.

Most memorable moment in the club’s history: This past year at the North American Finals in Seattle, we won the Junior A competition, becoming the only team entirely made up of American-born players to win the championship. 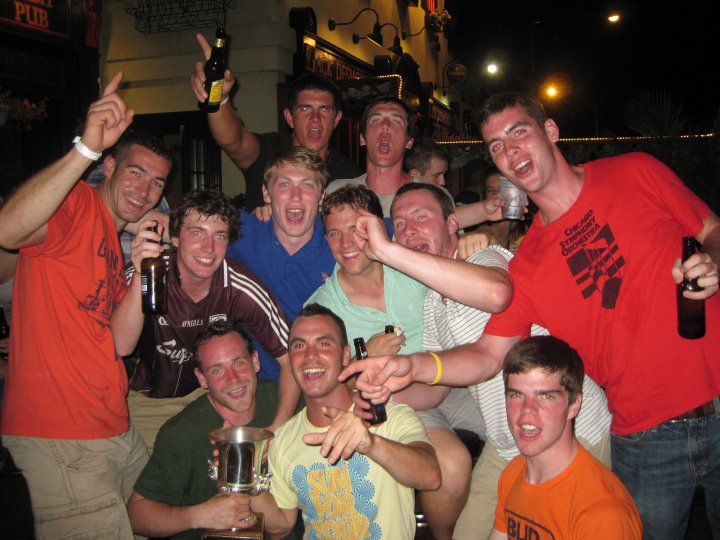 Player(s) who makes the longest commute to training: Ian Cunniffe, Dan Curran and Brendan Burke all travel an hour each way to training twice a week.

Most dedicated club person: Francie Lang. He has been vital to our team morale and training regime and has been known to jump in and play with (and outpace) us at 55 years of age.

Francie is always the level-headed tactician lining up the team for every game and giving the pre-match and half-time speeches.

Player who could have made it big if love/career/drink didn’t get in the way: Barry Quinn. For some reason, they don’t like lawyers showing up to the courtroom with a black eye from Gaelic Football.

Biggest characters: Gerard Igoe & John Stewart. One is a nurse and the other is a police officer, but both are big characters.

Loudest in the dressing room: Pat Morrissey. Being the youngest sibling of five and with an extended family of about 555, it comes easy to him. 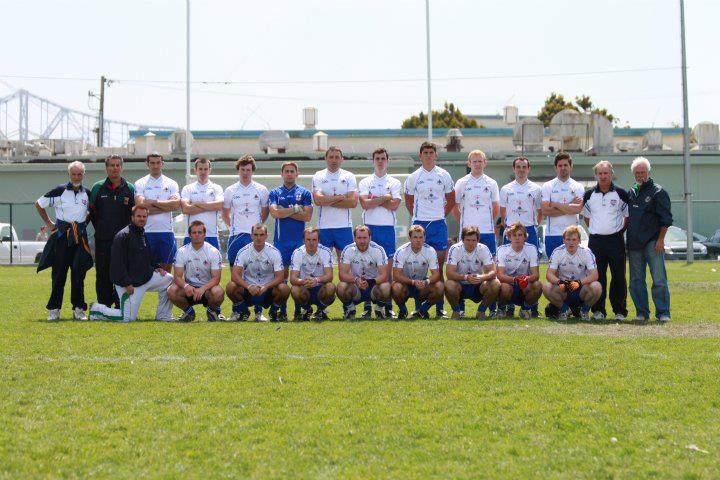 Number of romances that started in the GAA club (feel free to name names): Well, not counting the few bromances that have blossomed along the way, there has been one, Mary O'Boyle and Richard Lenke.

We have Rory O'Boyle (Mary's brother) to thank for making Richard play with us.

Duck to water award – Best new player who had never played GAA before: Richard Lenke, once again thanks to Rory O’Boyle.

Most annoying person in the club WhatsApp group: Conor Lang. He’s the youngest member in our club so it makes sense for all us old guys to give him the title.

Best story involving a club member that’s fit for print: When we travelled to San Francisco for the North American finals in 2011, we had a club member who had missed his flight home because he had met some new friends and had too much fun the night before.

In fact, he had so much fun he decided to miss all his other flights as well and now lives there permanently!

popular
Harvard study reveals how many times men should ejaculate each month to stay healthy
Parents left in shock after gorillas start mating in front of kids at zoo
Colin Farrell shouldn't win the Oscar this year
Conor Mcgregor hit by car ‘at full speed’ while cycling
The JOE Friday Pub Quiz: Week 331
Close call as Paul McCartney tries to pose on Abbey Road crossing
Man wins $1m on lottery ticket after someone pushed in ahead of him in queue
You may also like
3 months ago
Brendan Óg Duffy's father speaks powerfully about his son's death
3 months ago
Gardaí investigating alleged assault on under-9 GAA player at children's sports event
4 months ago
Roscommon GAA confirms investigation into alleged assault on referee during juvenile game
6 months ago
Looking for a hotel room for the All-Ireland Final weekends? It won't come cheap...
7 months ago
Taoiseach condemns "disturbing" fight at Galway v Armagh game
8 months ago
The 2 Johnnies share unbelievable catfish ordeal affecting over 40 people
Next Page