The Leinster prop took some criticism on social media.

Irish international Cian Healy has apologised for the "ignorance on my part" after he sent a tweet which offended supporters of the Repeal the 8th movement.

You may remember the news that we brought you a few days ago regarding the removal of Maser's Repeal the 8th mural that was visible on the side of Temple Bar's Project Arts Centre.

END_OF_DOCUMENT_TOKEN_TO_BE_REPLACED

Project Arts Centre released a statement detailing their decision to remove the mural "after receiving a warning notice from Dublin City Council Planning Department that the work is in violation of the Planning & Development Acts."

Last night, Healy sent this tweet - which he has since deleted - which many people found to be insensitive. 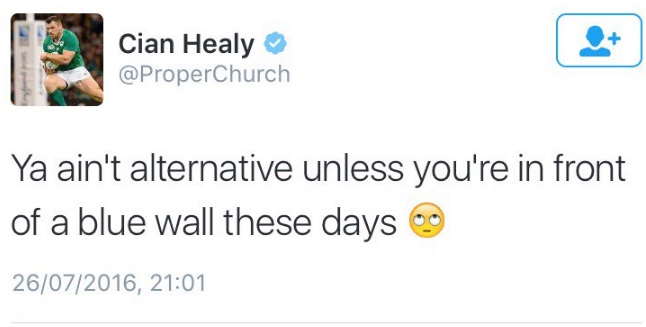 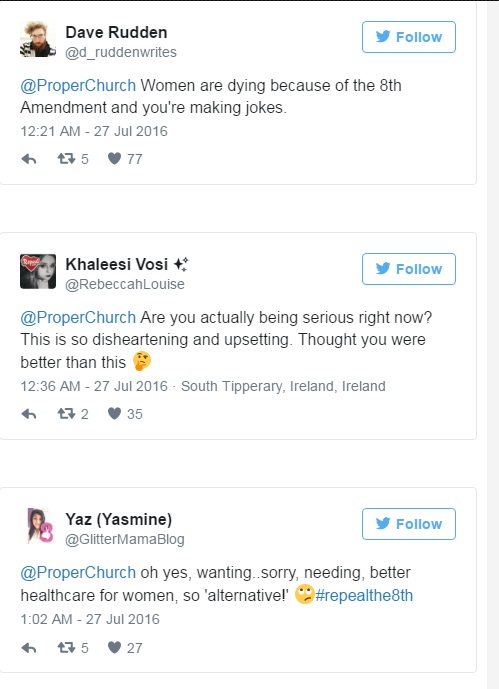 The Leinster prop has since moved to clear up the issue.

Sorry for any offence caused. no political slamming on my part, nor none intended. But cheers for your lovely messages 👍

Ignorance on my part to what the "blue wall" was. Merely reacted to seeing it all over my timeline.

popular
Netflix has just added 23 very big movies to its library
The JOE Friday Pub Quiz: Week 308
The 50 most iconic songs of all time* have been revealed
Controversial influencer Andrew Tate banned from Instagram and Facebook
Two Irish people arrested in "smuggling event" near Miami
People think they've figured out the ranking of the viewers on your Instagram Stories
Pilots fly over destination airport at 37,000 feet because they were both sleeping
You may also like
1 day ago
Arrest made after shop robbed at knifepoint in Dublin
2 days ago
New car-free town with population of 85,000 set to be built in Dublin
3 days ago
Dublin Bus passenger assaulted in suspected homophobic attack
1 week ago
The 10 must-watch events at the 2022 Dublin Fringe Festival
1 week ago
Don't miss this temporary pop-up night club, coming to Dublin for one night only!
1 week ago
Man charged in connection with death of Sean McCarthy in Dublin
Next Page