This is the sort of work a real footballer goes through.

If you want to be a football player, play football. It's that simple.

In 15 seasons, the landscape of the GAA completely changed. The strongest and biggest were getting ahead, then the most powerful, and now the quickest. We put our stock in men who could scale the length of the field at a canter, boys we could trust to track and get into defence and hound the opposition.

All the focus seems to have shifted to athleticism and science in the last two decades but, through it all, Colm Cooper remained the best player in Ireland. 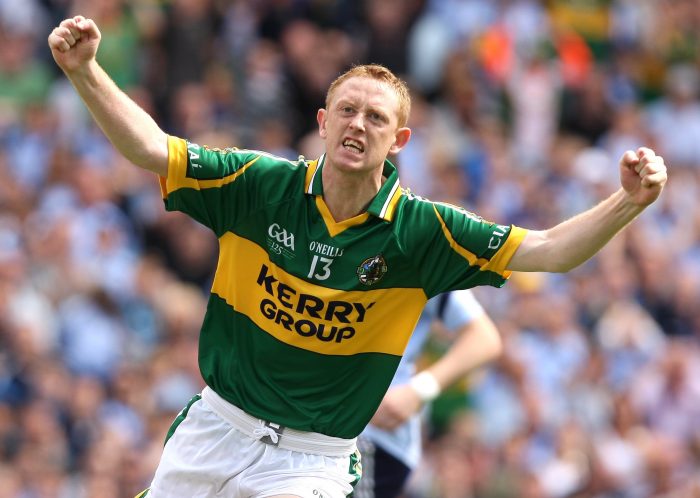 He did it all by railing against the biggest culture change the GAA probably ever went through and he did it all by keeping true to what got him to the top in the first place.

“To be nobody but yourself in a world which is doing its best day and night to make you like everybody else means to fight the hardest battle which any human being can fight - and never stop fighting...” (EE Cummings)

The appetite was there to row with the current, conditioning was winning the day, but Colm Cooper ignored the clamours. He just kept on playing football and he'd eventually help the Kingdom to five All-Irelands in 11 seasons. His way.

At the same time - through stubbornness, through skill, and through unshakeable belief - he'd force himself into the pantheon of this great game's immortals.

In 15 seasons, the make-up of Colm Cooper's body didn't even change. Jesus, why would he bother looking to change it? He was too busy kicking balls over the bar. 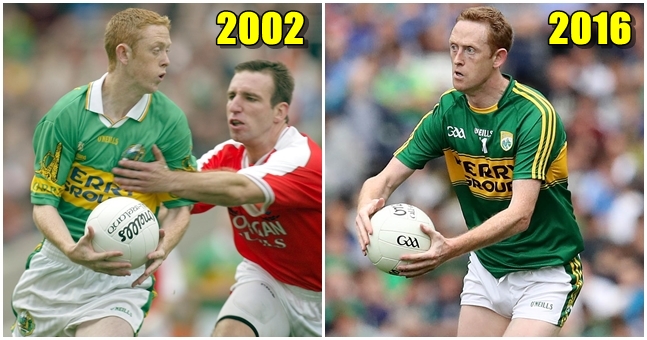 We've praised men like Conor McManus for piling on the muscle to add to his already frightening game, but Cooper didn't need it. You see, whilst the rest of us were too busy pumping in gyms and looking at stats and trying to calculate how much sleep we need two games out from a game, Gooch was just playing football.

At the end of last year, the legend spoke about how the GAA has changed in his time but how it didn't really affect his approach.

"When I started playing with Kerry in 2002, you trained Tuesday, Thursday and did something at the weekend. Gym and weights were kind of... I won't say optional but some were doing it, some weren't," he said.

"It's a hell of a long way from that now. It's gym pretty much at least two to three times a week, it's pitch three times a week. It's looking after your diet - every team has a dietitian now. They're tracking your distance when you're running in training and in matches. It's changed.

"The world has changed, sport has changed, the GAA has changed. Before, there were three selectors and a manager. Now, there are logistics managers. That's just the nature of sport and you can give out about it or you can say it's the right way to go but that's just the way it is. I don't think about it too much, I just get on with it."

He just got on with it because, ultimately, he just kept doing what worked.

"In my 15 years playing with Kerry, I probably wouldn't have gotten a whole pile of really hands-on coaching. It'd be kind of, 'go do what you do'." 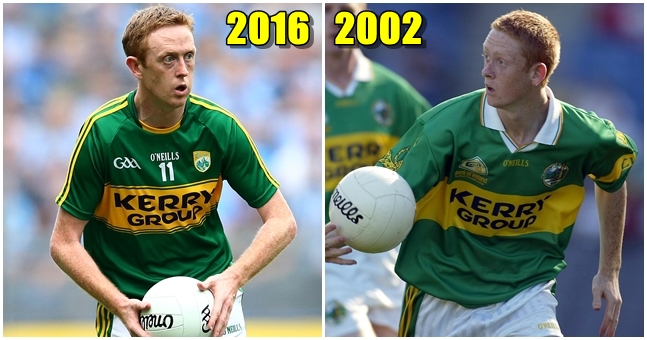 What probably sets him apart from the rest is you couldn't even just point to one defining moment to sum him up.

All the good players have produced something out of the ordinary that they become remembered for but, for Cooper, he did that on an annual basis. The extraordinary was very much the ordinary for a man playing football on another level entirely. The impossible was always possible and it didn't matter how big, strong or fast his markers were, none of them were operating at the same speed and wit as the Crokes man was upstairs.

Once he got the ball in his hands, it was already too late. 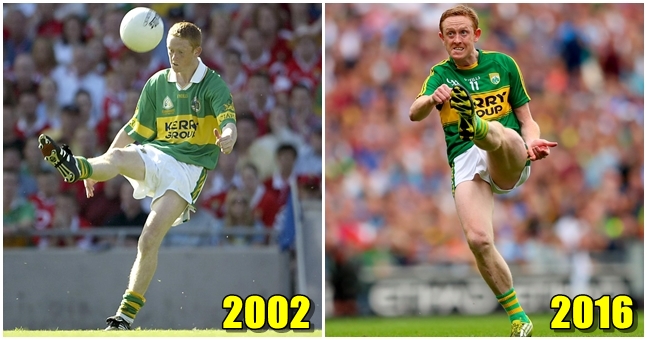 As a finisher, there was no-one and there never will be anyone as lethal. As a playmaker, there were few as classy and as clever.

He thought his way through games and, by Jesus, when he needed to fight, he could do that too.

Cooper's manic aggression and his pure will and desire were probably always underrated because of how stylish he was. Imagine the reversal of Roy Keane - one of the greatest football players Ireland has ever produced but, for some, his legacy is just big tackles and determination now because they remember how tough he was. Cooper's unrelenting combat should not be understated because of his skill level.

He could mix it with the best of them in the white heat of a championship Sunday, but he opted to let his feet strike the killer blows time and time again. 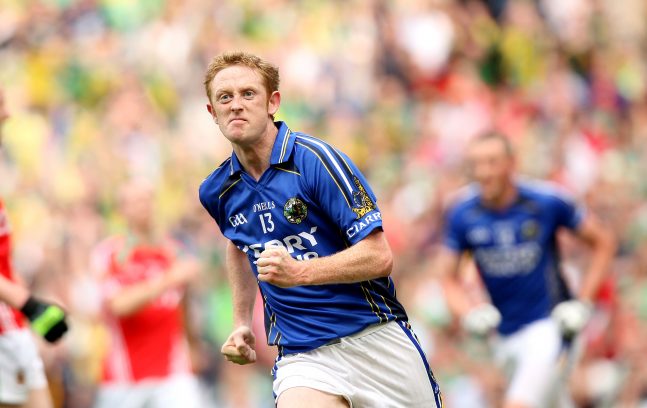 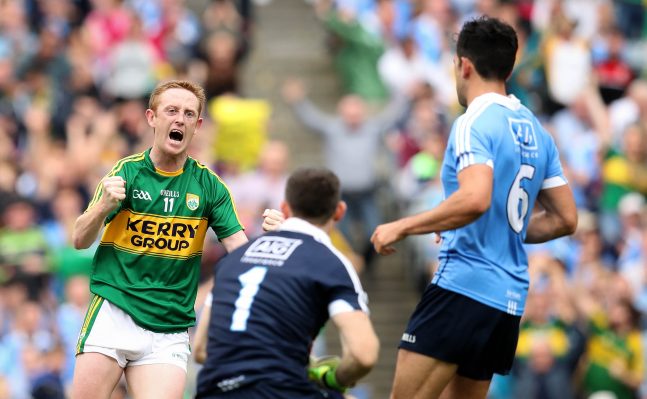 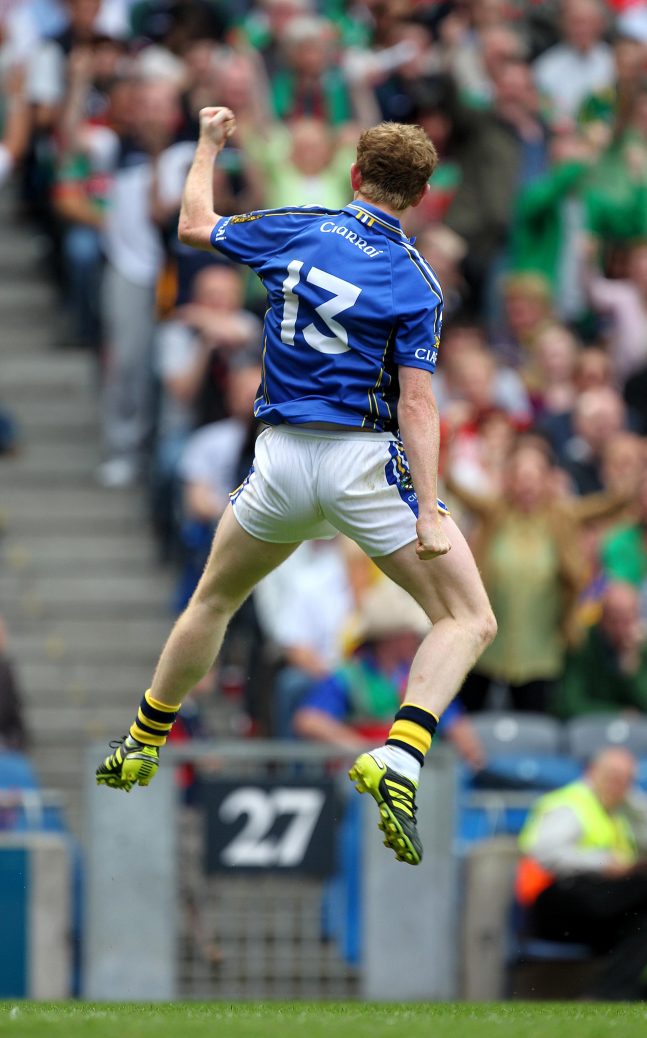 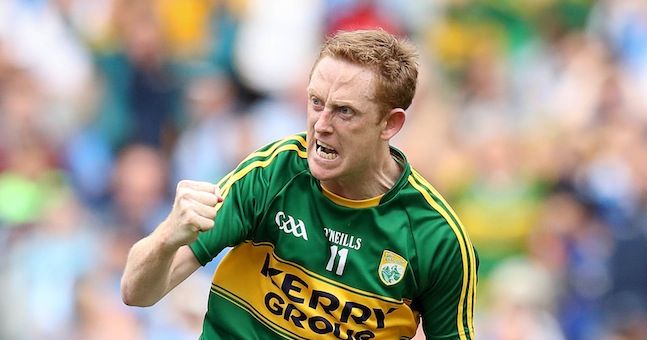 What was scariest about the iconic number 13 was that if you were take a poll today across the country of genuine Gaels to ask them which foot Colm Cooper prefers, a pretty sizable chunk of that population would get it wrong.

He kicked off both with effortless ease and striking similarity and the result was usually the same anyway: a defender or goalkeeper lying on their arses and the Gooch reeling away in celebration ready to go chasing after the next ball. 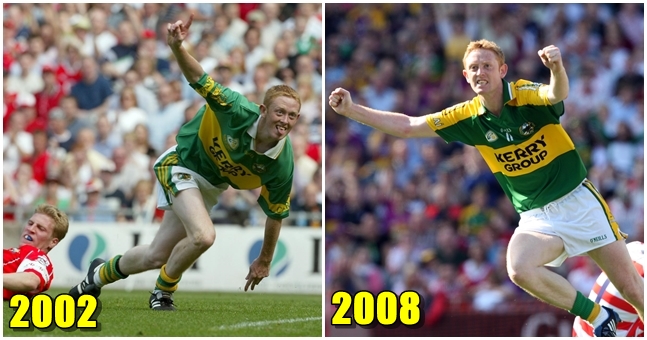 Don't fall into the trap of labelling Colm Cooper as a pure natural talent. Yes, the ability he heralds is like nothing we've seen before but his success and his legacy were borne out of unforgiving work and determination.

He just happened to throw all that grit into playing football. In doing so, he set the best possible example any GAA player could ever have done for the future generations.

If you want to be a footballer, play football.

popular
Amazon Prime Video has quietly added 18 big releases to its library
David Jason says he wants to play Del Boy in Only Fools And Horses again
Here's where all the 149 tickets that won €36,687 in Saturday's Lotto were sold
Confirmation on lifting of restrictions for pubs and events expected this week
That Nic Cage film everyone is talking about is finally available to watch at home
Put the pedal to the metal with this General Knowledge Quiz
Funeral of Ashling Murphy to take place today
You may also like
3 months ago
Wicklow GAA to investigate fight after Under 15 match on Saturday
1 year ago
Post-match celebrations and a lack of social distancing at certain events put club game on hold
1 year ago
Cork GAA pleads with clubs and supporters “not to engage in celebrations that breach current guidelines”
1 year ago
What's the Bronco test and why it may come up in conversation this week
1 year ago
The Andy Moran GAA Isolation Workout
1 year ago
SuperValu, Centra and the GAA team up on initiative to support elderly people
Next Page