COMMENT: The backlash against Irish football fans and their perceived drinking culture needs to stop

These are just some of the the very genuine problems that Irish football is currently facing, but in keeping with the tiresome norm after elimination from an international football tournament, certain people have decided to have a pop at Irish football fans and the perception that the attitude of 'win or lose, we're on the booze' is a defining characteristic that they all wear like a badge of honour. 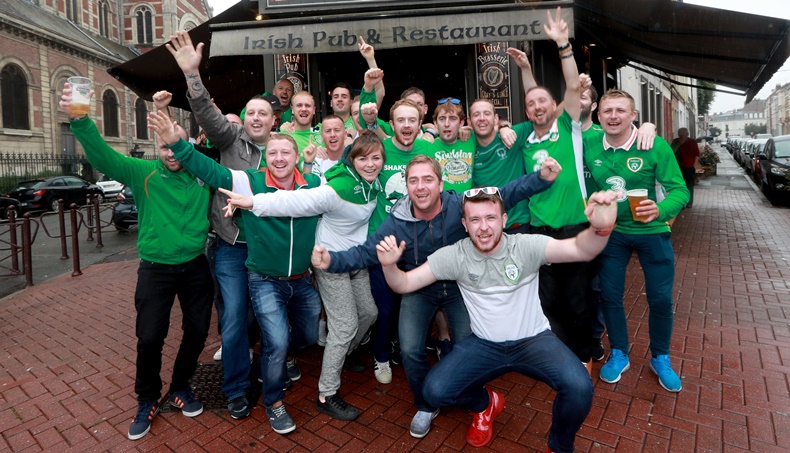 END_OF_DOCUMENT_TOKEN_TO_BE_REPLACED

Make no mistake about it. Irish football has some very serious issues that need to be addressed -  Stephen Henderson's passionate critique is a good starting point - but the recent backlash against the title of 'best supporters in the world', isn't one of them. In fact, some of the points that were made to condemn Irish football supporters were so heavily laced with an attitude of elitism and condescension that it bugged me.

Let's get the obvious point out of the way. Yes, the fans in France were on the beer but why people feel the need to critique, judge or pass comment on that is beyond me. To many Irish supporters, Euro 2016 was their summer holiday and trust me, having spent two weeks travelling around France, it wasn't a cheap one.

END_OF_DOCUMENT_TOKEN_TO_BE_REPLACED

The majority of fans that I met were decent, honest and hard-working people. They're entitled to do whatever the hell they want with their free time and money. Let's be clear, most of us don't care what other people get up to, once they behave within the law and with common decency. If football fans want to drink beer, paint thinner or even the sweat from Gábor Király's trousers, that's their prerogative. They're adults.

Yes, fully grown adults that are over the age of 18 with the ability to make decisions for themselves. 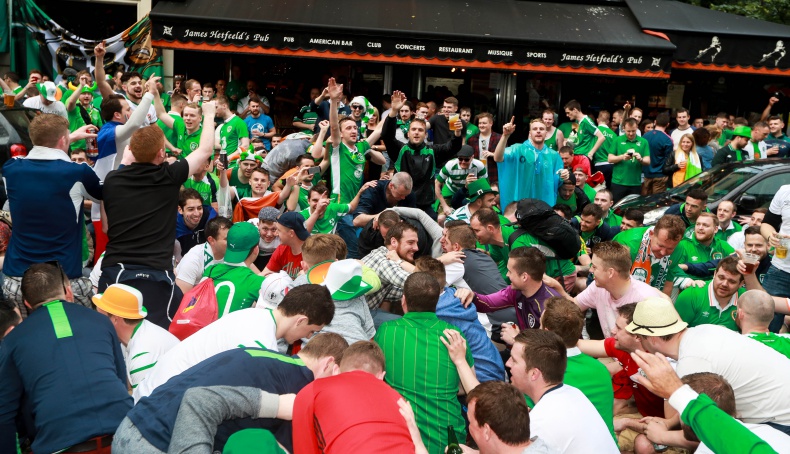 There was another glaring fact of Ireland's sporting culture that was 'carefully' omitted from the recent critiques of Irish football fans. Simply put, every major sport event will always attract pissheads and bandwagoners.

END_OF_DOCUMENT_TOKEN_TO_BE_REPLACED

Remember those people from Leinster that professed their love for Declan Kidney's Munster side during the early noughties? What about the GAA fans who magically appear as soon as their county reach the provincial finals? Football isn't unique by having fair-weather supporters, it's just that they're far more noticeable given the exposure that the beautiful game generates when compared to other sports.

Before you ask, that comment isn't some thinly veiled argument that football is the best/biggest/most popular/morally superior/worthwhile sport in the world. It's just a fact.

The idea though that it's the only sport where fans get boozed up before the main event is incredibly sanctimonious. 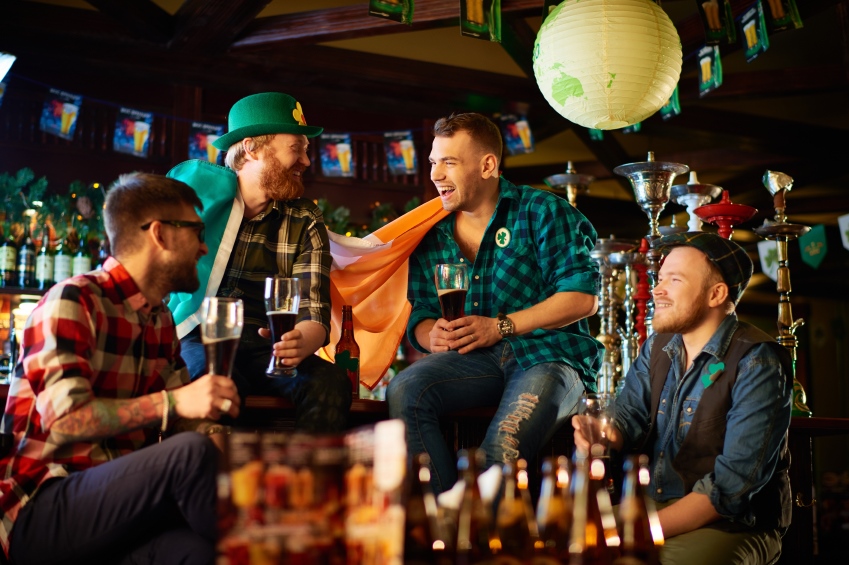 Did I see excessive drinking in France? Yes. Did some people only show up for the beer i.e. the enemy of hardcore supporters and Roy Keane? Yes. Were Irish fans hauled off by the gendarmes in France for being drunk and disorderly? The very opposite happened.

One complaint that is relevant concerns the French people that were subjected to dealing with streets of litter, hordes of tipsy Irish people and traffic congestion. Despite the good behaviour of Irish fans at large, I'm certain that are some horror stories also, just like every other country. I can only comment on what I saw though and here's an example.

The central square in Lille after Ireland's famous win against Italy quickly turned to a sea of green bodies, broken beer bottles and crushed cans. The songs, dancing and drinking continued up until the early hours of the morning as binmen went about their daily work. Rather than roll their eyes to the heavens, curse the Irish hordes that made their workload infinitely harder or threaten to go on strike during this busy period, they invited Irish fans to hitch a ride on the back of their truck. There was nothing but goodwill, fun and enjoyment on the streets of France.

I'm sure that the pubs and hotels didn't mind the booming business that they made and the French public - while I can't comment for every single person in a country of 66 million people - thoroughly enjoyed the atmosphere that Irish supporters helped to create. 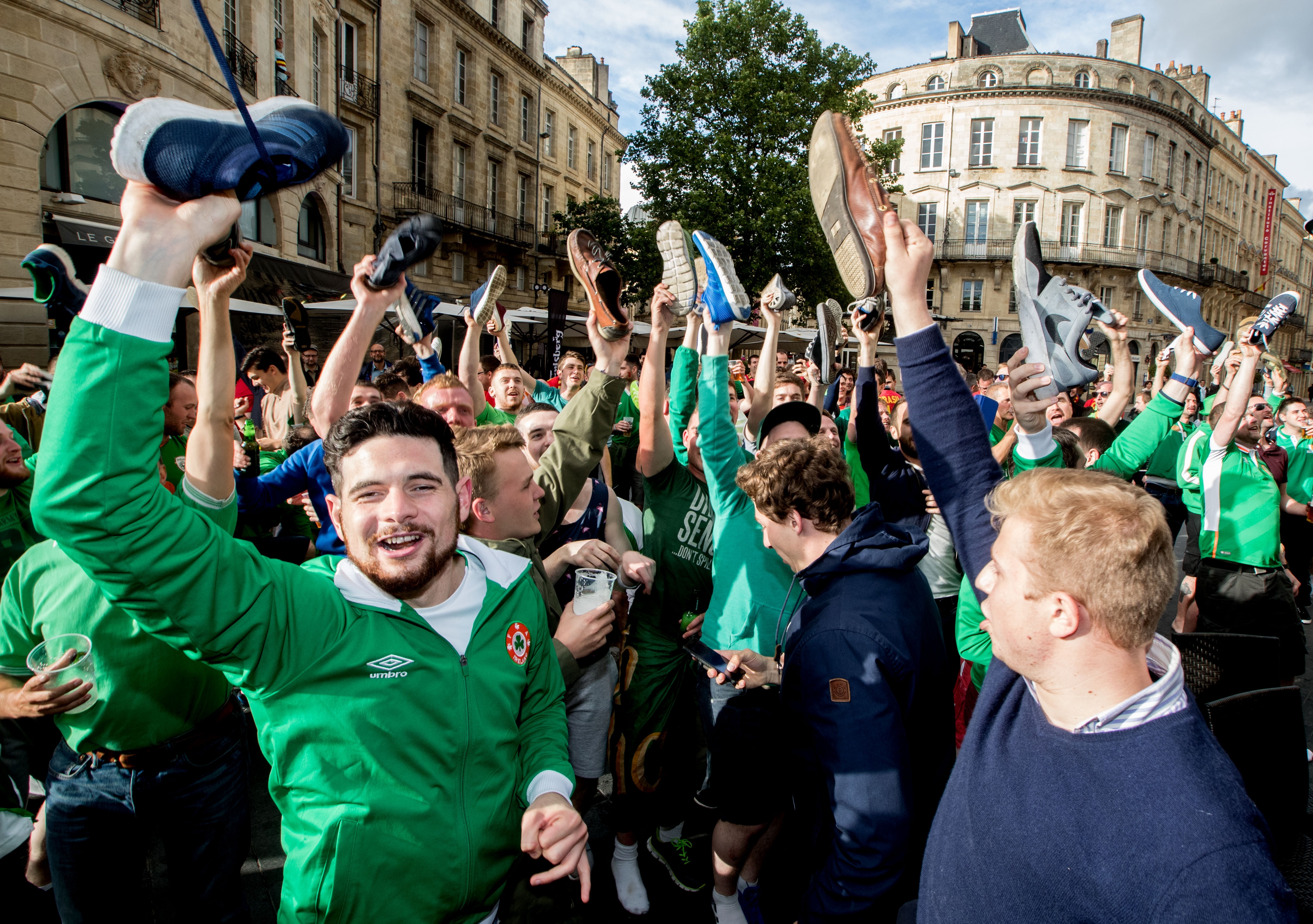 Aside from litter and people urinating down alleys (the lack of portaloos was noticeable), there was only one real incident where I felt that our title of 'best fans in the world' was ill-fitting. An Irish fan decided to climb on top of a car that was parked outside of the Tír na nÓg pub in Lille.

Do you know what happened?

50 Irish supporters instantly gathered around this drunk fan and heckled him until he decided to climb down from the roof. This might be a small anecdote but it's one that's worth sharing, especially for people who think that some football fans are just one drink away from replicating a scene from Green Street.

The police presence was extremely strong in France but they weren't required because there was also a prevailing attitude of self-policing among the boys in green. Ask yourself this. In comparison to the scenes in Marseille between Russian and English fans, what do you think the people of Paris, Bordeaux and Lille would prefer to see on their doorstep? 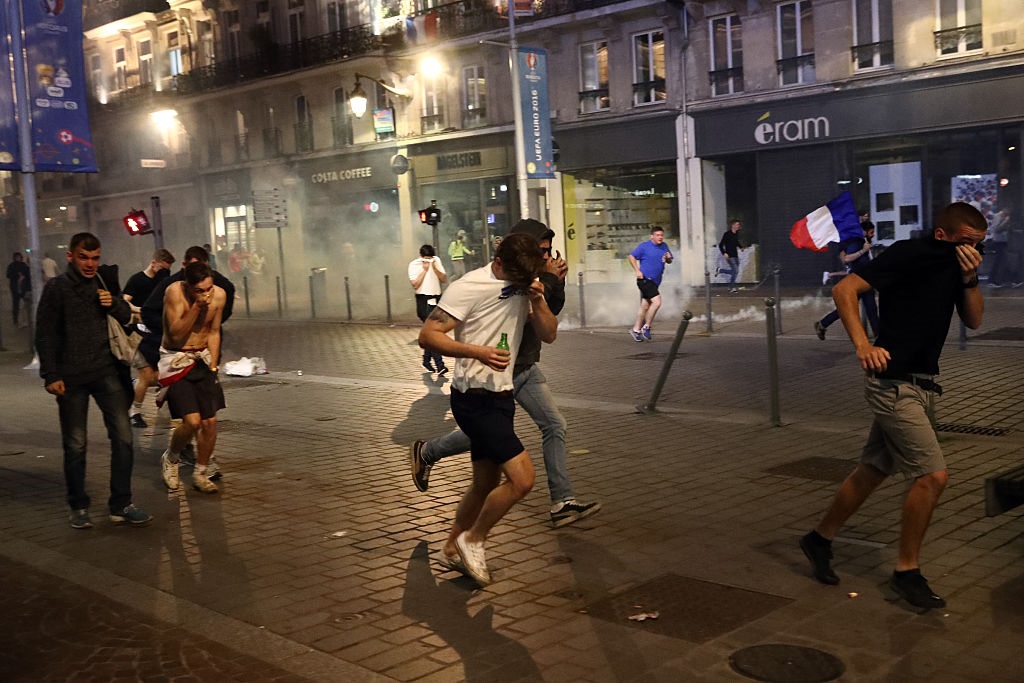 So what about this title of the 'best fans in the world'? Truth be told, the fact that Irish fans mix well with other countries and behave properly isn't some new development because as older supporters of the boys in green will tell you, this has been happening ever since Joxer headed to Stuttgart. Our supporters don't need a medal for being sound, but they also don't need unwarranted criticism for being drunk and the perception that they're dependent on alcohol to enjoy themselves.

The advent of social media has made it easier for stories to be shared, spread and seen but the belief that Irish fans have some grand plan in place to construct, cultivate and almost choreograph how the world perceives them is rubbish. Do you think that those Irish fans who were 'rocking the boat' did so in the hope that they would be seen around the world? Maybe the the Irish fans that were singing Abba with their Swedish comrades are upset that they didn't synchronise their harmonies.

Craic happens, people film it and there's usually alcohol involved. In other news, the sky is blue.

As we all know, Irish football supporters have been subjected to enough misery from playoff defeats, last minute heartbreaks and self-inflicted Saipan-sized wounds to last a lifetime. International tournaments don't come around every two years with us involved, fans should enjoy every second of them. 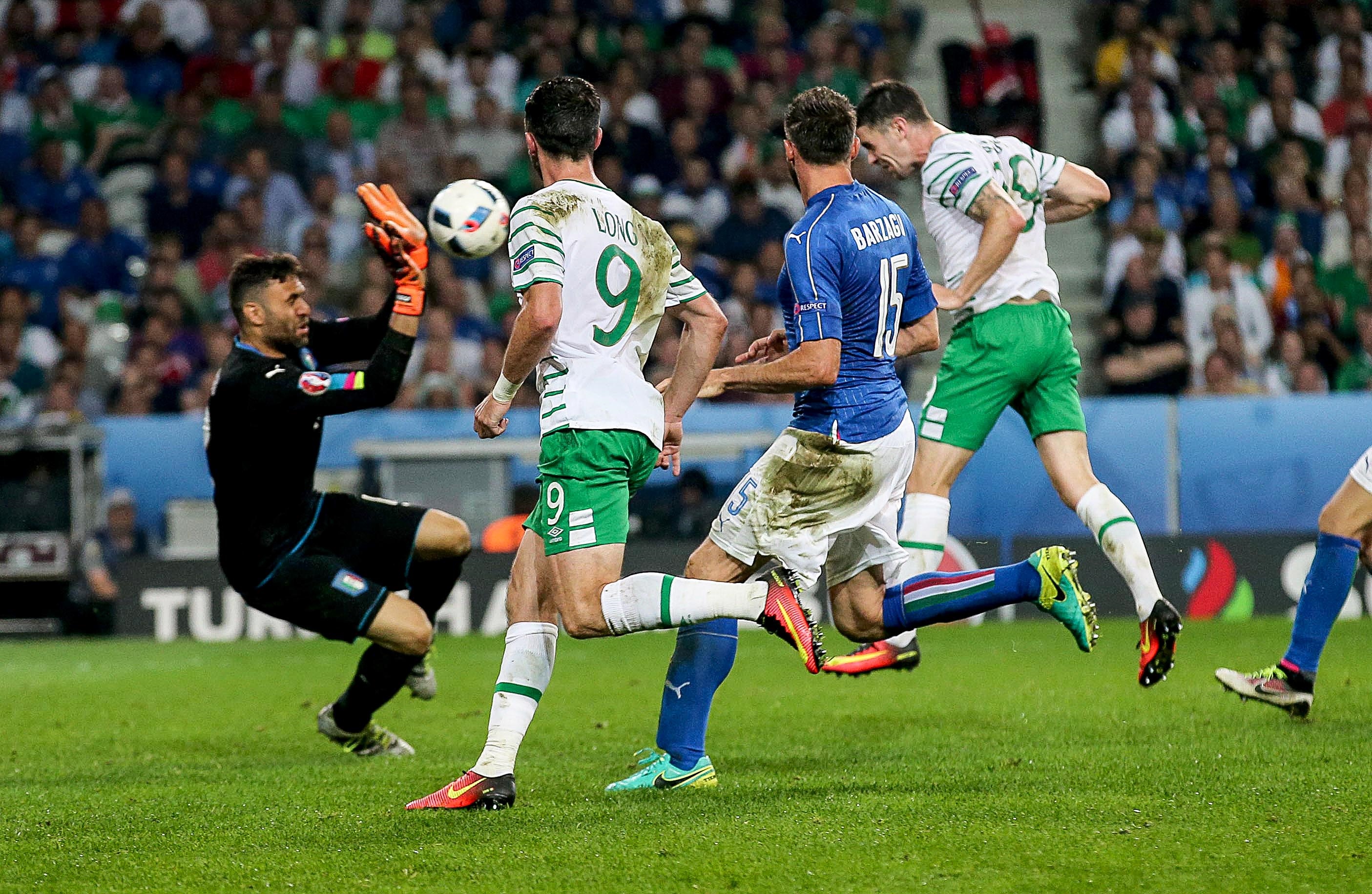 Like many of you, I've had enough of moral victories and I'm sick and tired of hearing that the Irish team were 'brave' and 'heroic' in defeat. Nothing beats winning - Robbie Brady's goal was the single greatest moment that I've ever witnessed at an Ireland match from 1993 onwards - and in the grand scheme of things, the medal that the Irish fans received from the Mayor of Paris means absolutely nothing to me.

Where's the medal for fans of Wales, Iceland, Hungary and almost every other fan that represented their country with distinction?

Like every other Irish supporter, I didn't drink with Swedish fans, play football in the street with Belgians or sing La Marseillaise with a bunch of French strangers for a medal. I did these things because I wanted to enjoy myself.

Still though, nothing beats winning but if you're going to lose a match then it's mildly comforting to know that the Irish team and fans were respected by all.

Supporters at major events abroad are mini-ambassadors for their country, whether they like it or not, and I'd rather see my fellow countrymen being awarded a medal for good behaviour than receiving a canister of pepper spray in the face. 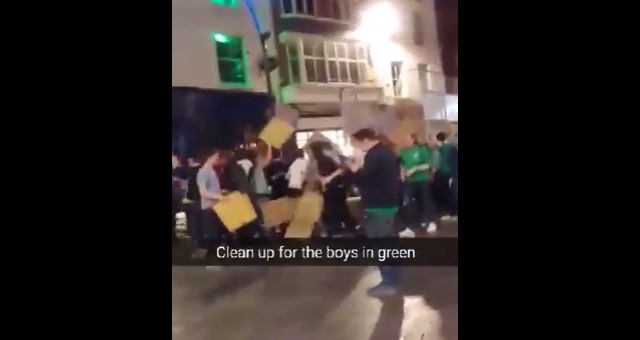 Everyone that went to Euro 2016 will have their own random story of kindness to share (feel free to let us know) and these things do matter, especially if you're ever travelling or living abroad.

Without appealing too much to sentiment, the fact that Ireland's opening match against Sweden took place in Paris was particularly poignant. The attacks in November saw terror, panic, fear and violence gripping the French capital in what was a truly awful year for Parisians. Compare this to the tangible sense of goodwill, positivity and comradery that has engulfed France during Euro 2016.

Football is the rarest thing. It's something that can bring people from different countries, religions and cultures together. If a few drinks helps this process then so be it. Who cares? There's nothing wrong with that. Nobody was arrested and why judge people that are complete strangers?

Irish fans were just one set of supporters from 23 different countries that came together to watch football, have a few beers and just enjoy themselves.

If we're lucky enough to be at World Cup 2018, let's stop tarring thousands of fans with the same brush. That high horse has been flogged to death.