In the end it was a comfortable scoreline for Crokes as they eased to a 4-14 to 0-12 scoreline after a blistering opening half from the defending champions with the Gooch at the heart of everything from a Crokes perspective.

The Killarney side were eight points clear at the interval with Cooper putting on yet another exhibition in front of the sizeable crowd. He finished the first half with 1-4, 1-2 from play, as well as creating chances and space for those around him.

Colm Cooper just kicked a sublime point for Crokes. They lead 8-3. Seeing his genius at club level is a real treat. #countyfinal

END_OF_DOCUMENT_TOKEN_TO_BE_REPLACED

Austin Stacks, without a county title since 1994 had no answer to the onslaught, which continued into the second half with further goals for Chris Brady, Kieran O’Leary and Daithi Casey and they will now proceed to an eagerly anticipated clash with Cork champions Castlehaven in the Munster championship. 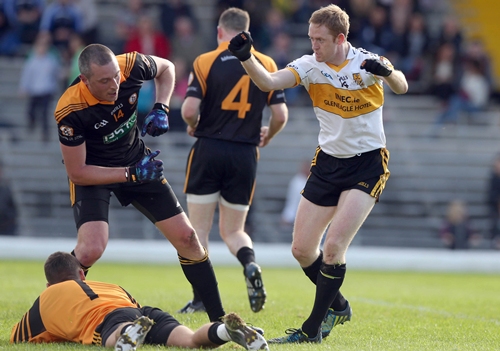 The Gooch didn't raise a flag in the second half, but by that stage the damage was already done.

popular
Man arrested on suspicion of the murder of Irish man in London
Here's how to make €9-11 on Revolut in just a few minutes
New car-free town with population of 85,000 set to be built in Dublin
Galway City Council street cleaners claim Lotto jackpot worth over €5.5 million
Elderly Irish man stabbed to death on mobility scooter in London
QUIZ: Can you name all the countries beginning with A?
A terrific '90s crime drama is among the movies on TV tonight
You may also like
1 month ago
Looking for a hotel room for the All-Ireland Final weekends? It won't come cheap...
1 month ago
Taoiseach condemns "disturbing" fight at Galway v Armagh game
2 months ago
The 2 Johnnies share unbelievable catfish ordeal affecting over 40 people
3 months ago
Limerick hurler arrested following alleged altercation with Tipperary player in Limerick pub
3 months ago
Woman in her 20s dies after accident during Camogie match
10 months ago
Wicklow GAA to investigate fight after Under 15 match on Saturday
Next Page