Could Jeff Stelling and company be reporting on GAA matches soon?

The Irish Independent is reporting that Sky Sports are in advanced talks with the GAA about securing broadcasting rights for Championship matches.

END_OF_DOCUMENT_TOKEN_TO_BE_REPLACED

RTE will continue in its role as the main broadcasting partner of the GAA, but the move to include Sky Sports might upset some fans with the prospect of paying a subscription to see Championship matches. It's believed that the Sky package would feature up to 10 games, including two All-Ireland quarter-finals. It's unclear whether Sky's bid is in conjunction with another broadcaster. 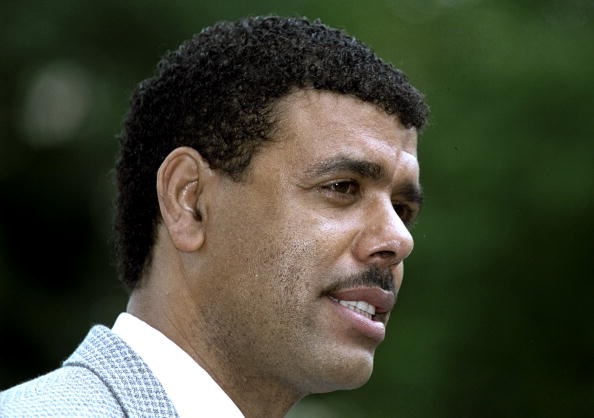 However, there is a part of us which loves the idea of a very confused Chris Kamara (pic above) trying to report back to Jeff Stelling and the boys in the Sky Sports studios about what is going on in a match at Croke Park.

'Unbelievable Jeff, the ref is completely ignoring any handballs!'

popular
Here's how to make €9-11 on Revolut in just a few minutes
Green Party representative calls for a temporary ban of stag and hen parties in Ireland
Pop Idol star Darius Campbell Danesh has died, aged 41
Off-duty Garda arrested in Tipperary on suspicion of drink driving
Murder investigation launched following death of 75-year-old woman in Kerry
An stress-inducing music drama is among the movies on TV tonight
QUIZ: You won't be able to correctly guess the meaning of all these words
You may also like
3 days ago
QUIZ: Match The Simpsons quote to the character who said it
4 days ago
Disney+ has just added 10 big movies to its library
5 days ago
Breaking Bad and Better Call Saul creator reportedly has next new show lined up
5 days ago
The new Love Island and 8 more new movies & shows to watch this weekend
6 days ago
WATCH: House of Hammer details the alleged crimes of award-winning actor Armie Hammer
6 days ago
Prime Video has just added 25 very big movies to its library
Next Page