Craig Gilroy tells JOE about the Champions Cup, facing Toulon and change of management in Ulster

Craig Gilroy spoke to us this week about the inaugural European Champions Cup, the challenge of the so-called group of death, his injury troubles and how the change of management in Ulster has impacted on the players.

JOE headed along to the launch of the new under armour STORM gear in Portmarnock this week and we had the chance to sit down and have a chat with the flying Ulster winger.

Ulster face Leicester on Saturday in the opening round of the Champions Cup and they will be hoping to get their campaign off to a winning start before facing off against European heavyweights Toulon at Kingspan Park next weekend. We chatted to Gilroy about all that as well much more when spoke with the Ulsterman this week.

Craig Gilroy on... last week's win and facing Toulon and Leicester over the next two weeks

END_OF_DOCUMENT_TOKEN_TO_BE_REPLACED

"Yeah we have a massive couple of weeks. I suppose we couldn't have had a better performance there on Saturday against Glasgow. I came off the bench obviously against Glasgow and I think I played about 45 minutes, but it felt like I played a full game. It was very physical. They were top of the table coming into it and they scalped us last year home and away so in terms of league performances that was one of the best we've had and no better build up into Europe this week.

"Obviously Leicester away, it’s almost like a season fixture now for us over the last four years. Welford Road is a tough place to go and win and having said that, we did that last year and we believe firmly we can do it again. And once we get that challenge out of the way we're going to have to look towards one of the biggest games of a lot of peoples careers, Toulon at home.

"I watched them against Toulouse at the weekend and Toulouse really took it to them and it was just interesting to see. I will thoroughly enjoy playing against them if given the opportunity."

END_OF_DOCUMENT_TOKEN_TO_BE_REPLACED

"It is important in your own position to look at the likes of Habana and Halfpenny, who's obviously just played his [Halfpenny] game there, so it’s important to just watch and see what they do. I've played against Halfpenny a few times now. I haven't played against Habana before but I look forward to that and I see that as a good challenge. But yeah, it's certainly important to do a bit of profiling of key individuals and those two guys certainly are."

Craig Gilroy on... upheaval and new management in Ulster

"Obviously what happened in the summer was a bit of a shock, I think it looked much worse from the outside looking in. But it was well looked after and Shane Logan (CEO) does a great job and there was no better man to come in than Les Kiss. A lot of lads know him from the Irish camp and I know Kissey quite well from my first cap.

"He came in and did a fantastic job and worked really well with all the coaching staff there and left in a good place and no better place for Doakey to take over. He just knows Ulster inside out, and he knows all the guys so well and all the guys have a lot of respect for him. Again coming off the back of the win against Glasgow we are in a really good place." 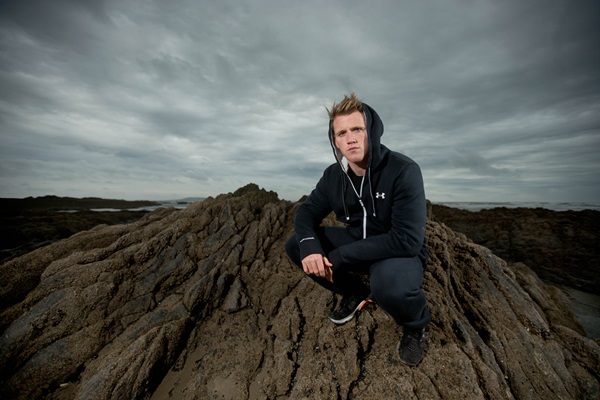 END_OF_DOCUMENT_TOKEN_TO_BE_REPLACED

"I think we are in a really good place but I think Munster are in a good place as well. They've had some unbelievable performances especially against Leinster in the Aviva recently. You can't just assume that we're ahead, they are two big of calibre of teams and you think you're ahead and they could just jump up on you. But there is certainly so much quality in all of them.

Craig Gilroy on... his Irish prospects under Joe Schmidt

"Obviously last season was plagued with a bit of injury which was frustrating but towards the end I sort of found myself again and I went to Romania with Emerging Ireland and really enjoyed that tour. It was actually really good bunch of guys who went out, a lot of whom i would have known from u20 and we gelled really well and won the tournament.

"I finished as top try scorer and loved putting the Irish jersey back on despite it not actually being a full senior one. I think this season I’ve had quite a good start personally and I've been involved in the camps so far and I really want to just keep working hard and keep taking opportunities as i get them and fingers crossed be involved again."

Craig Gilroy on... being touted as a possible option at 13

"It's been more 15 I've been playing about in the last couple of seasons now. I suppose I've always played wing, practically all my career so it's practically second nature to me whether it's left or right.

"I've been playing a bit more at 15 over the last couple of seasons and I really enjoy fullback and I’m always working on the different skills you need there and chatting to the guys that play there more. It is certainly a position I can slot into and enjoy playing."

Under Armour ambassadors Liam Rushe, Craig Gilroy and Kevin McLaughlin were at Portmarnock beach this week to learn about the benefits of Under Armour’s STORM technology. Using a unique DWR (dynamic water repellent) finish, the Storm technology repels water without sacrificing breathability or adding weight. For further information log on to www.underarmour.com

The Big Reviewski || JOE · The Big Reviewski with Ray Liotta, Goodfellas facts & Tom Hanks making us cry
popular
The JOE Friday Pub Quiz: Week 262
BBC reporter Phil McCann responds after going viral
QUIZ: The Ultimate Movie Gangster Quiz
The 50 most iconic songs of all time* have been revealed
BBC reporter covering petrol shortage called Phil McCann
QUIZ: How well do you know the life and work of Denzel Washington?
Jason Byrne forced to cancel tour dates due to a heart condition
You may also like
7 months ago
Defence grows for Billy Burns after one of the roughest days of his rugby career
7 months ago
Major upside to Ireland's Six Nations challenge that should make all the difference
8 months ago
John Cooney comes to defence of JJ Hanrahan after kicking criticism
8 months ago
Cardiff conversation that proved Paul O'Connell always put the team first
8 months ago
Ian Keatley on Ronan O'Gara's deadpan advice and his most treasured Munster jersey
9 months ago
Springboks legend must have the greatest jersey swap collection in rugby
Next Page