Dana White apologises after being caught slapping his wife on film

UFC chief Dana White has issued an apology after he was caught on film slapping his wife in a nightclub.

White was caught in a heated argument with his partner Anna at the Cabo San Lucas nightclub in Mexico.

In the video, he is seen slapping his wife of 26 years in the face. The video went viral across YouTube and social media.

Dana White slapping his wife up in a night club🤯 pic.twitter.com/CAJXX1kCB7

Following the release of the footage, White publicly apologised during an appearance on TMZ. 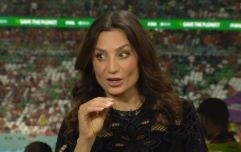 END_OF_DOCUMENT_TOKEN_TO_BE_REPLACED

"I am one of the guys who says there is never, ever an excuse for a guy to put his hands on a woman and now here I am on TMZ talking about it," the UFC chief said.

"This is one of those situations that is horrible. I am embarrassed. We have three kids and since the video popped up, we have shown the kids and we are more focused on our family right now.

"People are going to have their opinions on this and people's opinions would be right, especially in my case. You don't put your hands on a woman, ever." 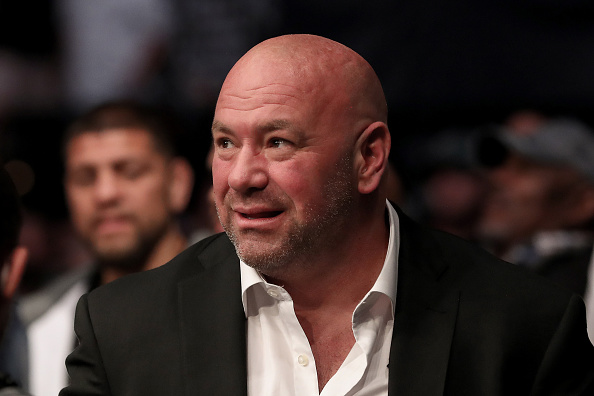 END_OF_DOCUMENT_TOKEN_TO_BE_REPLACED

Anna White released a statement of her own and said that her husband's reactions were out of the ordinary.

"To say this is out of character for him is an understatement -- nothing like this has ever happened before," she said.

"Unfortunately, we were both drinking too much on New Year’s Eve and things got out of control, on both sides. We’ve talked this through as a family and apologised to each other."

White has previously been vocal in speaking out against men who strike their partners. In an interview a few years ago, he said: "There’s one thing that you never bounce back from and that’s putting your hands on a woman.

"Been that way in the UFC since we started here. You don’t bounce back from putting your hands on a woman."

popular
Conor Mcgregor hit by car ‘at full speed’ while cycling
New Netflix series deserves to be as big as Stranger Things
Colin Farrell shouldn't win the Oscar this year
Couple left mortified after best man delivers incredible punchline during speech
The JOE Friday Pub Quiz: Week 331
DJ accidentally shoots herself in the face with a confetti cannon while performing
All of the new Netflix movies and shows arriving in February
You may also like
30 minutes ago
Harvard study reveals how many times men should ejaculate each month to stay healthy
38 minutes ago
Pedestrian, 84, killed by driver, 96, who had been warned about eyesight
46 minutes ago
Katie Taylor's rematch with Amanda Serrano 'highly unlikely' to take place at Croke Park
2 hours ago
Colin Farrell shouldn't win the Oscar this year
5 hours ago
New sci-fi horror set to be this year's A Quiet Place
17 hours ago
No plans to abolish homework, says Minister Foley
Next Page