For regular gym-goers, few things are more frustrating when working out than finding  weights scattered all over the floor instead of being put back in their correct place.

Although many people are guilty of leaving the odd pair of dumb-bells lying around every now and then, you'll never find David Beckham committing such a crime. 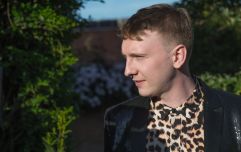 END_OF_DOCUMENT_TOKEN_TO_BE_REPLACED

The former England captain has recently been attending workouts with Anya Lahiri, whose Barry's Bootcamps fitness sessions have become popular with a number of celebrities.

Having recently attended one of the sessions, Beckham not only tidied his own weights away, but also moved those used by others.

"People normally leave the weights all over the floor after class," Lahiri is quoted as saying by The Daily Mirror. "One time I turned round and there was David tidying them all up!"

popular
The "eighth best movie ever made" is among the movies on TV tonight
Mia Khalifa claims seaside town is better than Miami
Jennifer Lawrence sparks controversy by saying she was the first woman to lead an action movie
Met Éireann updates weather warning for entire country as temperatures set to fall to -6
One of the best films of all time is among the movies on TV tonight
QUIZ: JOE’s Big News Of The Day Quiz #27
The start of the superhero takeover of Hollywood is among the movies on TV tonight
You may also like
1 month ago
Chris Evans has been named the 'Sexiest Man Alive' for 2022
1 year ago
Ed Sheeran says Game of Thrones cameo backlash ruined the experience for him
1 year ago
David Beckham to front new Disney+ football documentary series
1 year ago
David Beckham to be a football mentor in Disney+ show
4 years ago
David Beckham gets paid a stupid amount of money for his sponsored Instagram posts
4 years ago
David Beckham features in hilarious new promotional video for Deadpool 2
Next Page