David James tells JOE about Simon Mignolet, Joe Hart, Kieren Westwood and who he thinks will win the Premier League

We had a chance to sit down with the former England goalkeeper to talk about some of the best stoppers in the Premier League, Louis Van Gaal, what's gone wrong for Kieren Westwood and who he thinks will win the title...

The former Liverpool, Portsmouth and Aston Villa 'keeper was in Dublin this week to launch Setanta Sports’ new €1 start of season offer. The 44-year-old was in great form and even let us take a few penalties against him and, for the record, we scored all of them.

JOE's Joe Harrington had a chance to sit down with David to look ahead to the new Premier League campaign, to discuss some of the goalkeepers we'll be watching this season and who he thinks will be champions next May. Have a read below... 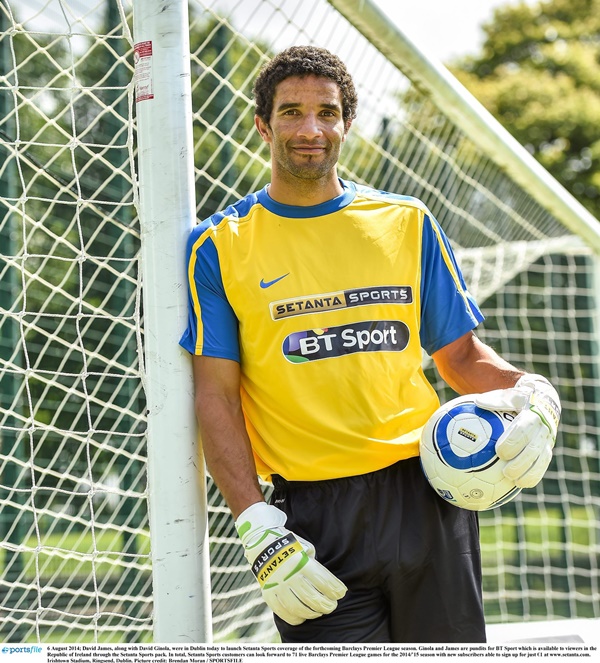 James on... whether Simon Mignolet is good enough for Liverpool

END_OF_DOCUMENT_TOKEN_TO_BE_REPLACED

"It was his first season at Liverpool and he played every game, I was in that position and only lasted 12 (laughs) and was in-and-out for the season so he's done a remarkable job. Taking over at Liverpool is a difficult job, Sander Westerveld took over after I left and wasn't around for long, neither was Jerzy Dudek despite his success. It's interesting if Pepe Reina signs for Bayern Munich because you'd like to think there would have been a bit of a contest there but I think Simon Mignolet will be top drawer."

James on... why Republic of Ireland goalkeeper Kieran Westwood's career has stalled

END_OF_DOCUMENT_TOKEN_TO_BE_REPLACED

"I wanted to go to Sunderland when he signed there and his problem was that he was up against Simon Mignolet at the start. Having seen Mignolet come through like he has, Westwood was never going to get a real chance. When you join one of these clubs after being outstanding in the Championship, like he was with Coventry, you go and play second fiddle and you get forgotten about quite quickly. It's a shame because I like him, he kicks the ball very well."

James on... whether there was any transfer he regrets that didn't happen

"I usually moved when the relationship with the club and I wasn't right but I don't mean that in a bad way. Aston Villa, I was there for two years, then West Ham gave me the opportunity to move back closer to my family. We got relegated to the Championship and myself and Alan Pardew felt it would be best if we weren't together so I moved again.

"I've never fallen out with a club and I've never wanted to go somewhere and it hasn't happened, I've never had a move I regret."

James on... whether Willy Caballero is going to threaten Joe Hart's position at Man City

END_OF_DOCUMENT_TOKEN_TO_BE_REPLACED

"Manchester City have the spending power to go out and get better players in any position they want and Joe Hart would know that. He was dropped for a period last season and I think that was good management by Pellegrini. A lesser manager would have left Joe in there and that wouldn't have been good for the player or the club. He's brought in Caballero, so there's more competition and I'd like to think that will make Joe Hart a better goalkeeper, he's still young enough to improve." 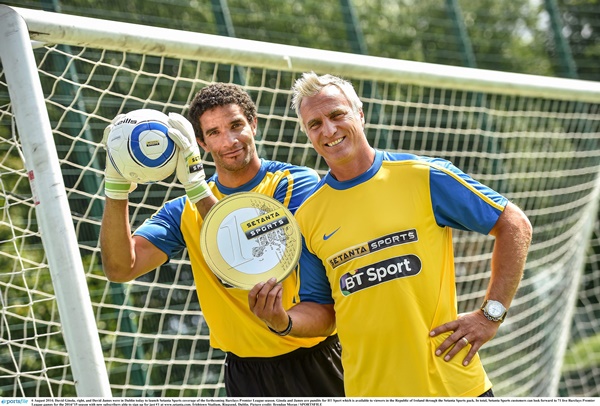 "I think he's got a lot of work to do given United's fall off last season and given that the season before they won the league by so many points. To not qualify for the Champions League last season and to not really fundamentally change the team very much means that he'd have to bring in so many players to replace what wasn't good enough last season.

"I think they'll get into Europe, I don't think they'll be challenging for the league. Manchester City have added to what they had last season, Liverpool with their acquisitions and Chelsea have also been impressive in the transfer window, they are going to be so much better than last year. I think Van Gaal has a very tough job."

James on... who he thinks will be this season's surprise package

"I'm going to keep a close eye on Tottenham. Mauricio Pochettino did so well at Southampton and if he is truly a great manager, he'll do something that other managers have failed to do at Spurs, to achieve good success on a sound basis. It's not about spending loads of money, it's about a proper system and if the manager is as good as you'd like to think he is, then he can do something with Tottenham. Whether he can challenge for fourth place is difficult, they'll be up against Manchester United and Arsenal."

James on... who is going to win the Premier League

"Liverpool. People forget that they did very well when Luis Suarez wasn't available last season and I expect them to cope without him this season. I like what Liverpool are doing, I like the recruitment strategy and the signing they've made and with Brendan Rodgers at the helm, they have a better chance this season.

The likes of Sterling and Sturridge up front will always mean there's goals in Liverpool and the signing of Dejan Lovren will help shore up the defence but they might need more. They could be like the old Reds sides, hard to score against with firepower up front. I'd like to think there'll be a different look to their scorelines this season."

David Ginola and David James were in Dublin this week to launch Setanta Sports’ new €1 start of season offer where new subscribers can sign up to Setanta Sports for just €1.