89 Championship games played, 16 years in red and white, and those of us who had the honour to see him in action should be thankful for that.

Sean Cavanagh will go down as one of the greats of the game.

The Moy club man has been to the forefront of everything Tyrone football for as long as many of us can remember. 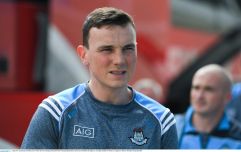 END_OF_DOCUMENT_TOKEN_TO_BE_REPLACED

He was the heart that never stopped beating, that never shirked a challenge, that always came back for more, that is owed so much by his county.

It's so hard to picture a Tyrone team without their powerful, spirited warrior because he always thrown himself around the field with blatant disregard for his own well-being, with an insatiable determination to serve his people.

Not only was he one of the most naturally gifted footballers to play the game, with his imposing physique, his incredible accuracy and power off both feet, his peripheral vision and his famous shimmying feet, but he was also that - a man that would die in his boots for his teammates, for himself.

When Cavanagh announced last November that he would come back for one more season in red and white, under the stewardship of Mickey Harte, a man that must be like a father to him, it really hit home that Cavanagh will soon be gone, and we should appreciate his presence. 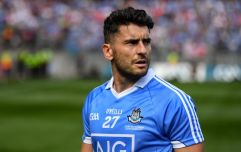 END_OF_DOCUMENT_TOKEN_TO_BE_REPLACED

Not all careers end on a fairy-tale, but the 34-year-old more than made up for a disappointing ending with the unique trail he blazed for himself, winning 3 All-Irelands, 6 Ulster titles and a Footballer of the Year award along the way.

Cavanagh is held in high esteem by his teammates, by his peers, we know that.

But the reaction of the Dublin players, knowing that it was Cavanagh's last game, was perhaps even more telling.

Each and every one of the Dublin panelists went out of their way to shake hands, to console, to thank, to bloody well admire.

They know how rare a legend like that is, and we should too.

Brian Fenton was first over. 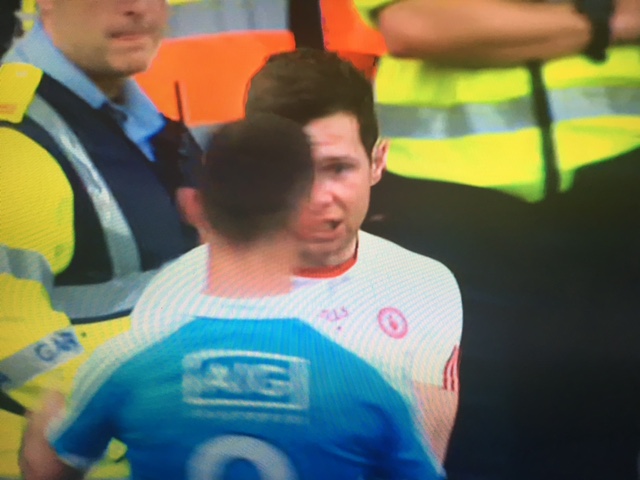 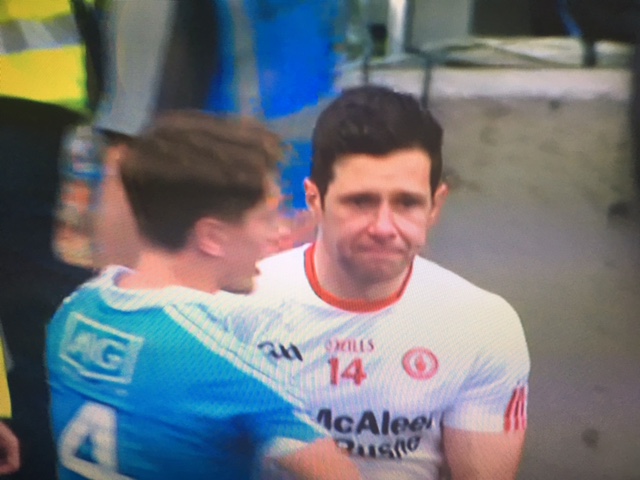 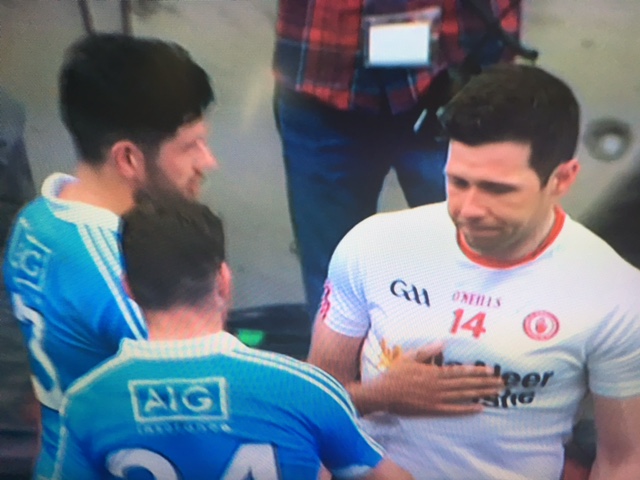 A truly touching moment between two of the game's greats. 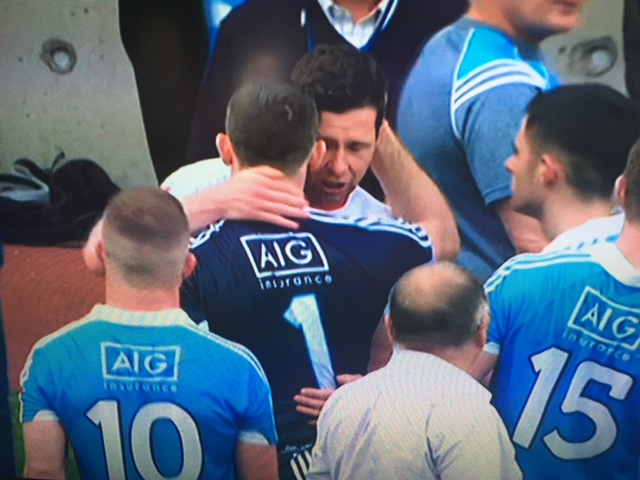 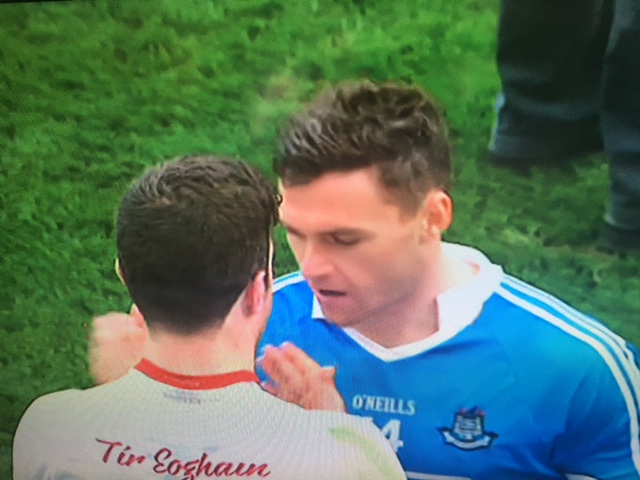 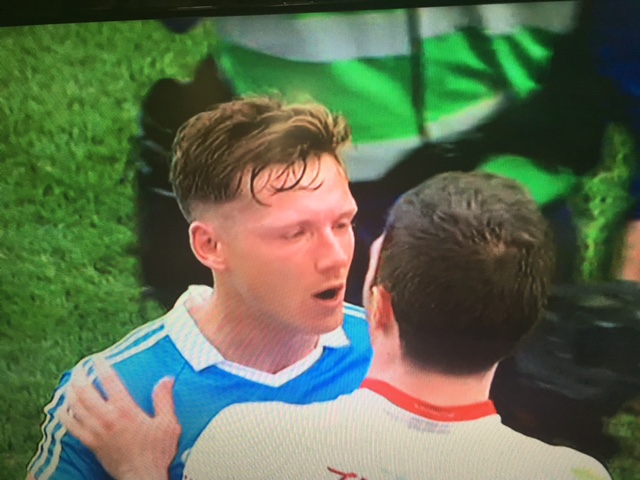 popular
Amazon Prime Video has just added 21 big movies to its library
The 50 most iconic songs of all time* have been revealed
One of the best crime thrillers ever is among the movies on TV tonight
Here is a list of every Bank Holiday in Ireland in 2023
Nicola Bulley's phone found by the river 'could be a decoy', diving expert suggests
Mark Hamill on the one piece of dialogue he got removed from the original Star Wars
Teenager killed in shark attack after swimming with dolphins in Australia
You may also like
4 years ago
Colm Parkinson makes a good point in Young Footballer of the Year debate
4 years ago
Denis Bastick highlights the fitness change that has transformed Dublin's fortunes
4 years ago
Details revealed for Dublin team's All-Ireland homecoming party
4 years ago
COMPETITION: Win a pair of tickets to Dublin vs Galway
4 years ago
Huge 'Up the Dubs' Dublin GAA banner on Ha'penny Bridge up for review by Dublin City Council after criticism
4 years ago
Dublin GAA club Na Fianna release statement after being "alarmed" by proposed MetroLink route
Next Page