It’s time to separate the men from the boys in the final round of the All-Ireland qualifiers and with a bit of help from some of the game’s biggest names, here’s how we think they’ll go down.

Anyone who had a clean sweep with their predictions last weekend is either very lucky or very knowledgeable or, most likely, a liar and we can’t deny the fact that we didn’t have the best couple of days at the office with only two correct predictions out of six.

That setback, however, has given us the kick up the ass we needed and we’re determined to put things right this weekend in eircom's Win, Lose or Draw game, which you too can take part in by clicking on this link and entering the code CTYVG.

END_OF_DOCUMENT_TOKEN_TO_BE_REPLACED

It’s up to you whether or not to count on the advice dished out by ourselves and the expert eircom ambassadors ahead of the triple header at Croker and what could be a cracker in Carrick-on-Shannon and remember, if you want to be in with a chance to win tickets to the All-Ireland quarter-finals next weekend, simply click here to put your hat in the ring

Without further ado then, here’s our forecast for the qualifiers this weekend.

Despite the fairytale story surrounding the London footballers this season, they were never realistically going to challenge Mayo last weekend and we’re afraid to say that something similar will apply on Saturday afternoon. Having the game at Croker is just reward for Paul Coggins’ Exiles but it is also a double-edged sword in that their shortcomings are more likely to be exposed on the best and one of the biggest pitches in the country.

END_OF_DOCUMENT_TOKEN_TO_BE_REPLACED

As for Cavan, make no mistake about it, they are going to provide one hell of a match for whatever provincial winner they meet in the quarter-finals and they must be the source of a great deal of excitement for fans of the Breffni County at present.

Terry Hyland appears to have put in place an effective defensive system which allows the likes of Cian Mackey, Martin Dunne and Eugene Keating to flourish up front, while the manner in which they rescued a draw from the jaws of defeat in Celtic Park speaks volumes for their character. Barring a miracle, they’ll win this one pulling up.

Both Johnny Doyle and Donie Shine paid tribute to London’s progress so far but both of them also think that Saturday will mark the end of a magnificent year for the Exiles.

“You’d have to fancy Cavan with a few to spare,” Shine says.

END_OF_DOCUMENT_TOKEN_TO_BE_REPLACED

“To be honest I don’t see London sticking with them at all. The wind will be taken out of their sails after the weekend and I’d expect Cavan to put up a big score. Prediction: Cavan

“I’ve nearly played more matches in Croke Park than I have in Newbridge but you never forget your first time,” says Johnny Doyle.

“There’s a huge wow factor. It’s something that they’ll tell their grandkids about. But being there won’t be enough for them and they’ll want to win so I think you’ll see the best of London this weekend. Prediction: Cavan

It’s true that Galway have improved quite significantly since their demolition at the hands of Mayo in Connacht earlier in the year but you get the feeling that the only way they can go one step further is if Cork somehow manage to beat themselves.

They did a pretty good job of doing that in Killarney before finally living up to their potential after half-time but despite picking a more balanced looking side for this game, Conor Counihan still doesn’t seem to know his best XV and has yet to impose a defined style of play on a bunch of undoubtedly talented individuals. 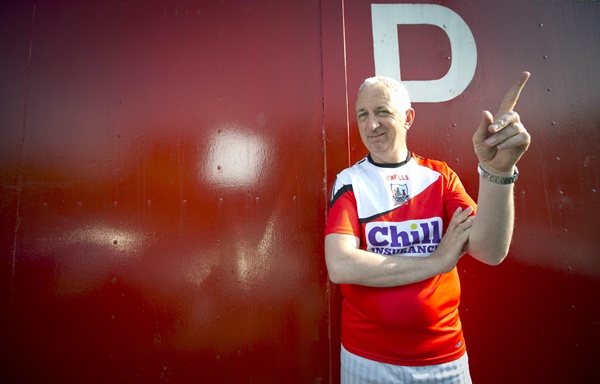 Chill, Conor's got this. Or has he?

Cold analysis of Galway’s route to this stage shows that they defeated two Division Four teams and an Armagh side whose free-scoring displays against Wicklow and Leitrim falsely built up their reputation. If this one goes to form there is only winner and while we expect there still to be question marks about Cork after Saturday evening, we still fancy a fairly comfortable Rebel victory.

Having faced Cork in the Munster Final as well as on umpteen occasions in the past, Kerry’s Colm Cooper knows more than most what to expect from Cork and he expects the Rebels to prevail.

“After the heavy defeat to Mayo, people were wondering what was going on in Galway and how were they going to turn a corner,” Cooper says.

“In fairness, they’ve knuckled down and against all the odds they’ve come through. The win against Armagh in particular will give them great confidence.

“Cork finished very strong against ourselves in the Munster final. I think they’ve learned an awful lot from that game in terms of their set up. There’s still a kick in Cork. They’re that little bit more balanced across the field and they’ll be too strong for Galway. Cork will have a big say in this championship yet.

“You’ll keep an eye on every match this weekend because seven days later you could be facing any one of them. It’s really getting down to the nitty-gritty now. Every team that has aspirations of winning the All Ireland obviously planned to get to the quarter-final stage.

“There’s a bit of sweating for a few teams that has to be done this weekend. We’ll be looking very closely to see what comes out for us. There’s going to be no easy quarter final anyway, so you just have to be ready for what comes your way. Prediction: Cork

The Ulster Final defeat to Monaghan emphatically burst the bubble of invincibility around the All-Ireland Champions, even if the bubble had been gradually deflating since the victory over Tyrone back in May.

It is far, far too early to be writing off Donegal’s chances of retaining the All-Ireland, but with some key players absent, some not fully fit and some not on top form, there is plenty of encouragement for Laois to take in what seems like a mismatch on paper at least.

The six-day turnaround won’t help Jim McGuinness’ men and confidence can’t exactly be sky-high after last Sunday, but on the other hand, Clones could end up being the turning point in Donegal’s season. Besides, if they do end up getting back to Croke Park, regardless of whether they produce a convincing display against Laois, will any of the provincial winners relish having to go into battle against them?

We don’t think so. Donegal to win by three points or more.

Last Sunday’s defeat still rankles with Donegal captain Michael Murphy, but he is confident of the perfect response on Saturday.

“I suppose with the six-day turnaround, it’s really about putting Sunday behind us as fast as possible. This group of players win together and lose together and that’s where we are this week. We’ve come a long way in the last three years. We’re not going to stop now. Prediction: Donegal

The last of the four games this weekend is arguably the most fascinating and it is one that is quite difficult to call as well. Readily touted as All-Ireland contenders at the start of the season, Tyrone haven’t been that convincing and yet nobody will want to face them from here on in because they have experience, they have cuteness, they have a lot of good players and they know how to win tight games, as in Newbridge on Saturday.

On the other hand, nobody fancied Meath to come within an asses’ roar of the Dubs in the Leinster Final yet they gave them a right scare and were a lot closer to them than the final seven-point margin suggested. 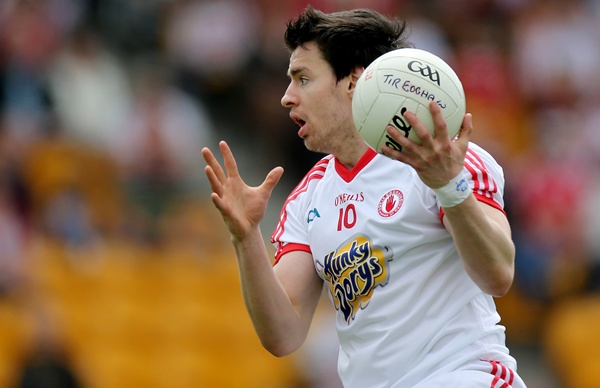 The midfield battle is an intriguing one, while the inclusion of big Joe Sheridan in the Meath full-forward line gives them the option of going direct as well as using the pace of Wallace, Newman and Bray in attack.

Who’s going to come out on top? If pushed, we’ll give it to Tyrone as they are a little further along the road than the Royals but we can’t see much more than a score or two in the difference at the end.

Former Dubs midfielder Ciaran Whelan wouldn’t be surprised if there was an upset, but he’s still backing Mickey Harte’s men to come good.

“Meath will be very happy with their season so far,” Whelan says.

“If they didn’t win on Saturday, they could still look upon 2013 as a progressive year. They really put it up to Dublin in the Leinster final. They got promotion back to Division Two so they’re building for the future and Mick O’Dowd has done a good job.

“Tyrone are that bit more experienced as a championship outfit. If you were to pick a game for an upset, this has the potential for it but I just think that Mickey Harte is still one of the most astute tacticians involved. He showed that last week against by making it very difficult for Kildare to penetrate in the first half.

“They still are reliant on Stephen O’Neill in their inside forward line and I don’t think they’ll win the All Ireland this year. But they are last eight or even last four contenders and they’ll edge this one. Prediction: Tyrone

popular
QUIZ: Test your knowledge with this Ultimate Friends Character Quiz
House Of The Dragon is already better than Game Of Thrones
Amazon Prime Video has just added 20 very big movies to its library
Fine Gael Councillor slams attendees of cost of living crisis protests
The JOE Friday Pub Quiz: Week 313
One of cinema's greatest flops is among the movies on TV tonight
QUIZ: Name the country for each of these non-capital cities
You may also like
3 weeks ago
Roscommon GAA confirms investigation into alleged assault on referee during juvenile game
2 months ago
Looking for a hotel room for the All-Ireland Final weekends? It won't come cheap...
2 months ago
Taoiseach condemns "disturbing" fight at Galway v Armagh game
3 months ago
The 2 Johnnies share unbelievable catfish ordeal affecting over 40 people
4 months ago
Limerick hurler arrested following alleged altercation with Tipperary player in Limerick pub
5 months ago
Woman in her 20s dies after accident during Camogie match
Next Page