As Wednesday nights go, it was pretty eventful.

Arsenal did an Arsenal, collapsing against Bayern Munich as their season imploded in 15 catastrophic second-half minutes.

Meanwhile, back in Dublin, the government won a vote of confidence called in the wake of the latest twist in the Maurice McCabe Garda whistleblower saga. 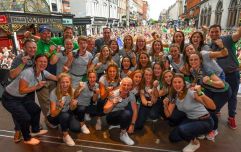 END_OF_DOCUMENT_TOKEN_TO_BE_REPLACED

However, despite that vote, it is being reported this morning that Taoiseach Enda Kenny's days as leader of Fine Gael are numbered.

Under pressure from his party, the Taoiseach may stand down within a week - leading many to wonder who will cling on to power longer: Kenny or Arsene Wenger.

While it seems like Kenny has been in power forever, he only replaced Michael Noonan as leader of Fine Gael in 2002 - six years after Wenger took charge of the Gunners.

Kenny became the first Fine Gael Taoiseach to win a second term in office last year, but like Arsenal, his best days are behind him. Both Wenger and Kenny are this morning realising that all power is fleeting.

Just like enda,it appears that wenger has stayed on a little too long!

Arsene Wenger and Enda Kenny have a lot in common - everyone keeps saying they'll be gone in a week, yet they go on forever.

Arsene Wenger and Enda Kenny are kindred spirits. Neither know when it's time to go. #Dail #ChampionsLeague #FCBvAFC

Are Enda Kenny's & Arsene Wenger's fate the same, long time leaders who had their successes but soon to be gone from their jobs #dail #UCL

Who will step down first?