They say you should always finish with a flourish and if that's the case, those over the Irish National Hunt racing calendar were certainly listening.

END_OF_DOCUMENT_TOKEN_TO_BE_REPLACED

A season of thrills, spills, and crowning glories, it all boils down to the last week in April when the best horses, jockeys, and trainers land in Kildare for the iconic Punchestown festival.

It's during that week, the final week of the Irish National Hunt season when the champion jockey takes their crown when the leading trainers battle it out year after year, and this time around, when the land's leading tipsters will go head to head and selection for selection in the Fantasy Punchestown League. You can sign up here.

Horse Racing Ireland has organised the score-settling competition, where competitors will pick one horse in each race across the festival's five days, will earn points for their winners and placings, and will eventually determine the various bragging rights, and dish them out in the fairest possible manner. 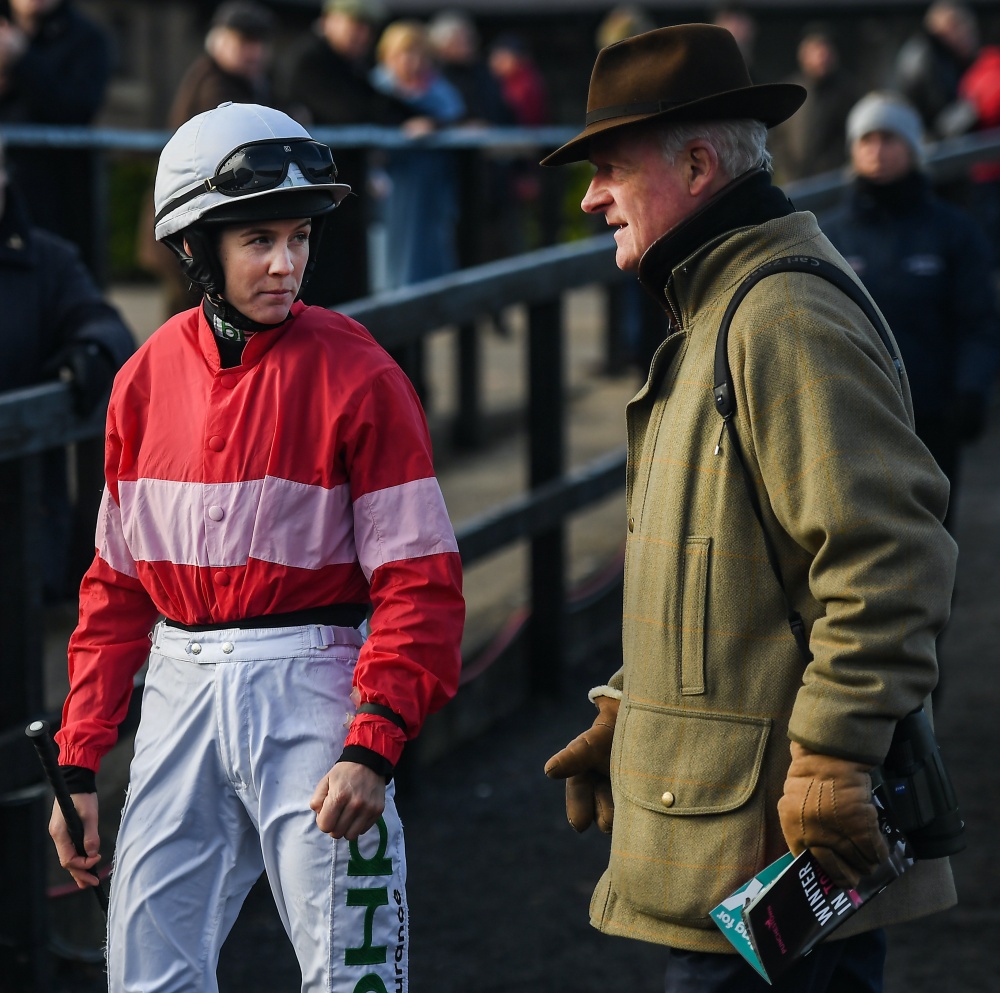 Rachael Blackmore and Willie Mullins during the 2019 Punchestown Festival.

END_OF_DOCUMENT_TOKEN_TO_BE_REPLACED

When it comes to horse racing, as we all know, there are plenty of know-it-alls and big-shots out there who claim to know the game inside out. Who claim to be backing winners left, right, and center. Here, in the Punchestown Fantasy League, there is no room for spoofing, no room for cold streaks as after five full days of racing, the only guarantee is that the winner will have earned their prize.

And the prizes, they are something. Horse Racing Ireland have some great daily prizes on offer with a top prize for the overall winner.

END_OF_DOCUMENT_TOKEN_TO_BE_REPLACED

The crowds will be missed and the atmosphere, let's not beat around the bush, it won't be the same but these are the times we live in and as Rachael Blackmore showed at Cheltenham and again at Aintree, sport can clear all barriers.

So get studying the form, get the mates involved, sign up to take part here, and strap yourself in for what promises to be yet another pulsating week at Punchestown.

popular
WWE Tough Enough winner Sara Lee has died, aged 30
The JOE Friday Pub Quiz: Week 315
Welder awarded €15,000 for unfair dismissal despite admitting to drinking alcohol before work
Two arrested and charged over 2021 death of four-year-old boy in Limerick
Mrs Brown’s Boys creator Brendan O’Carroll hits back at "woke" critics
10 years ago today, the scariest movie ever made (according to science) was released
QUIZ: Can you name all the counties in Ireland without the letter 'L'?
You may also like
1 year ago
Four Irish players propelled into Lions debate after England hiding
1 year ago
Craig Casey and Johnny Sexton combination backed for Italy clash
1 year ago
Defence grows for Billy Burns after one of the roughest days of his rugby career
1 year ago
Major upside to Ireland's Six Nations challenge that should make all the difference
1 year ago
John Cooney comes to defence of JJ Hanrahan after kicking criticism
1 year ago
Cardiff conversation that proved Paul O'Connell always put the team first
Next Page