The hardy showman who truly didn’t give a f**k.

In 1990, Robin Friday died in his apartment from a heart attack, suspected to be caused by a heroin overdose.

He was just 38. In 2004, both Reading and Cardiff City decreed Friday as their all-time cult hero – he only played 21 times for Cardiff. In his two full seasons at Reading he was awarded back-to-back player of the season awards, as well as finishing top scorer each year.

END_OF_DOCUMENT_TOKEN_TO_BE_REPLACED

This is the same man who was sent for a short spell at Her Majesty’s pleasure for impersonating a police officer in order to confiscate drugs for his own personal use. And the same centre forward who showed up for one training session, naked, holding a swan he had just borrowed from the local lake.

There were mavericks like George Best and Paul Gascoigne, and then there was Robin Friday. He was the punk rockstar of football.

His life reads like a story that would be deemed as too far-fetched in a particularly creative Hollywood blockbuster. Which is funny, because that is exactly what is in production at the moment.

END_OF_DOCUMENT_TOKEN_TO_BE_REPLACED

Henry-Alex Rubin is set to direct the Robin Friday biopic. Russel Brand had been rumoured to play the titular character, but Friday will now be portrayed by Hunger Games actor Sam Claflin.

The movie will be based on the biography The Greatest Footballer You Never Saw which was co-written by ex-Oasis bassist Paul McGuigan and one of the movie’s producers, the renowned music journalist Paolo Hewitt. After reading about the man, understanding the fascination does not take long. 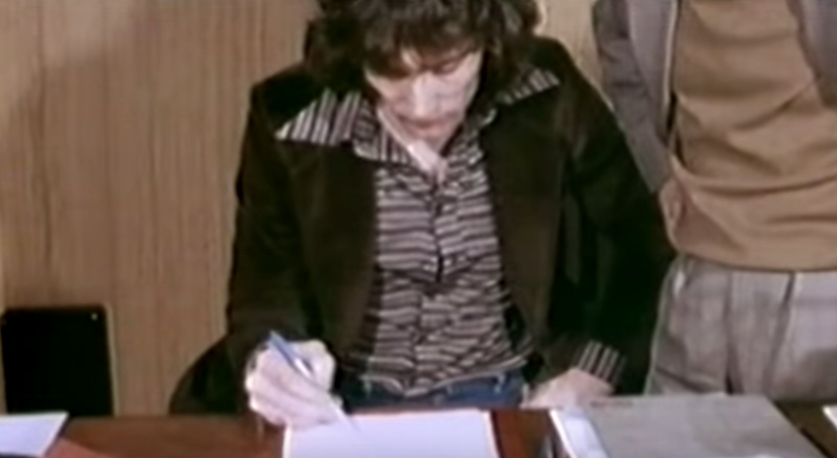 There is a reason that Super Furry Animals dedicated their 1996 single The Man Don't Give a Fuck to Friday.

END_OF_DOCUMENT_TOKEN_TO_BE_REPLACED

Friday’s ability was immense from a young age, even joining the Chelsea youth team. However, the precocious talent had other hobbies as a teenager, namely in the areas of illegal substances, the female of the species and petty crime.

The latter activity actually landed the long-haired renegade a year-long stint in a borstal. Already, Friday’s football career appeared as though it would be ephemeral. Upon his release, the youngster had to start all over on the football field. He, of course, still found other means to piss off the establishment.

At the tender age of 17, Friday married – tying the knot with a black girl. One has to remember that this was 1970’s Britain and mixed-race partnerships were seriously taboo. 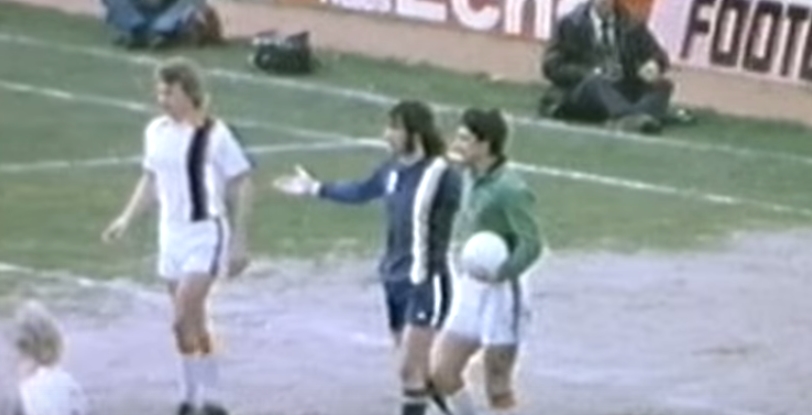 The relationship endured for years (despite Friday’s continual philandering) – much to the chagrin of the local community, including his parents – his father refused to attend the wedding. Then an event occurred which many of Friday’s researchers believe cemented his carefree attitude towards life for the remainder of his days.

At 21, while working on a building site, he had an extremely close call. Friday fell through an upturned spike and somehow managed to lift himself off to save his own life. From here on, if he had not already, Friday was determined to enjoy every day he had on earth.

In the meantime, his non-league journey continued, where he was tearing defences apart with his sublime skills at Hayes.

Reading, playing in the old English Fourth Division, decided to take a punt on the outrageously talented troublemaker. Aware of his reputation, Reading boss Charlie Hurley signed him for the reserves to see how he coped. 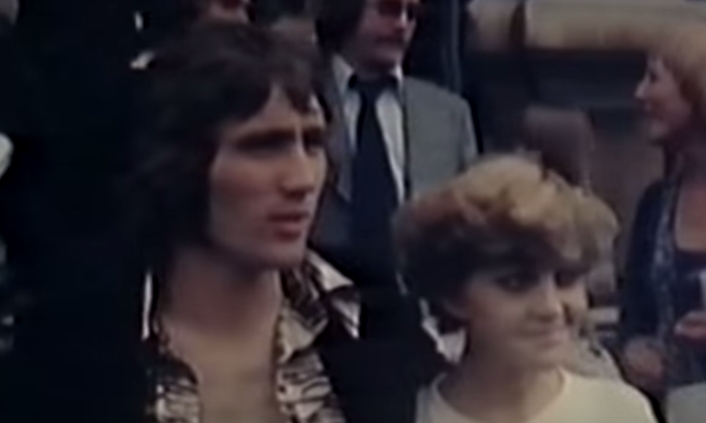 By January 1974, the first team was struggling so Hurley called Friday into the senior set-up. Reading easily maintained their Football League status thanks to the mesmerizing ability of the young forward. To celebrate this achievement, Friday, on the drop of a hat, went off to join a hippie commune in the summer of 1974.

He missed the start of pre-season by weeks, nobody at the club knowing the location of their brilliant no. 9.

Eventually he showed up for training, running rings around his teammates in his first session back, despite having not run for a couple of months. Yet, a little over two years later, Reading got rid of Friday. His constant drinking, partying and womanizing was proving too much to handle.

Before that decision was made, the player had his best season in football when he was instrumental in guiding Reading to promotion in 1975/76. It would be in this season interval that Friday would finally push it too far. 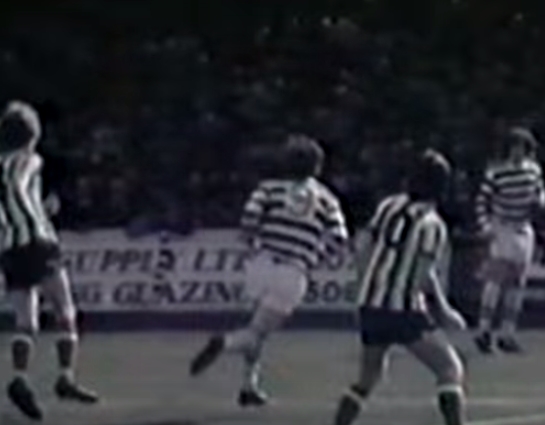 A summer-long jolly of sheer hedonism culminated in excessive drinking and drug-taking. When he wasn’t stoned, he was drunk, and vice versa. He returned to Reading after the summer break a shadow of the player that graced the field just a couple of months prior. Reading knew they had to bring it to an end. In December 1977, just 21 games after moving to Cardiff City, Robin Friday retired from football. He was 25.

His talent was hard to justify. He was regularly told that he was good enough to play for England if he focused, yet the highest level he ever played was the Second Division with Cardiff. But that didn’t seem to bother Friday. It would all be too regimented at the top. In his eyes, he was living the life that every man wished he could enjoy.

While his ability often compensated for his antics, Friday’s Reading teammates like Eamon Dunphy loved the maverick for other reasons.

Unlike your typical playmaker, Friday’s work ethic was second-to-none, defending from the front. He was also fearless, foregoing the use of shin pads and bravely flying into tackles. Then, of course, there was his ability again.

There was one match for Reading when he was at the peak of his form. Friday collected the ball on his chest in mid-air, 35 yards from the opposition goal, swivelled and struck it first time into the top corner. 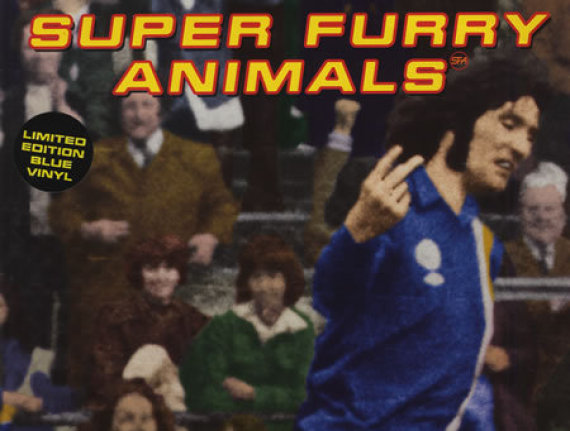 According to those in attendance, there was a momentary stunned silence throughout the stadium. Clive Thomas, who had refereed in World Cups, officiated that day and simply said, “Even up against the likes of Pele and Cruyff that rates as the best goal I have ever seen.”

When Cardiff boss Jimmy Andrews signed the player for a cut-price fee, he thought he had found a bargain – he shouldn’t have been so naive.

Friday couldn’t have begun his new career in Wales in more typical fashion. Upon arriving at the train station in Cardiff, he was arrested and had to be bailed by his new manager. Then the next night, the day before his debut, Friday went on an almighty bender – finishing up at about five in the morning.

Still intoxicated at kick-off time, his direct opponent in his first game was Fulham’s Bobby Moore – the living legend and England World Cup winning captain. Friday gave the nation’s hero a torrid time, introducing himself to his marker by grabbing his nether regions. 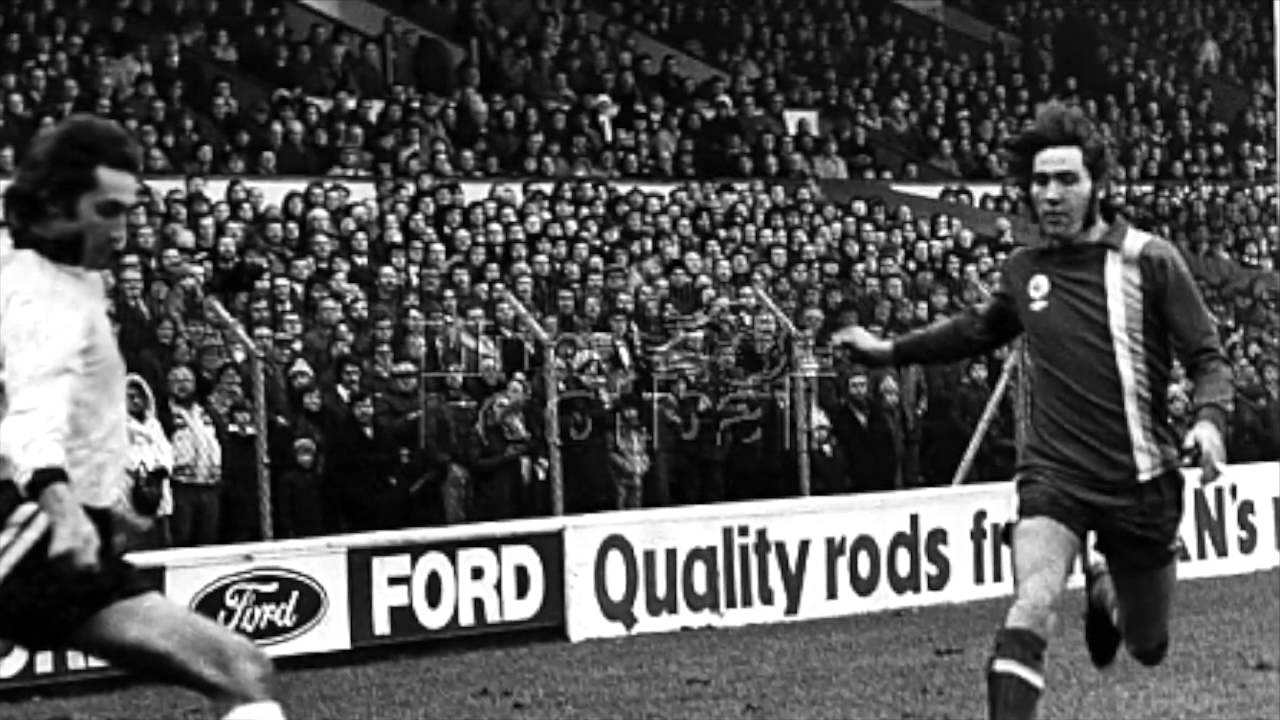 Nobody did this to the most respected footballer in the land. Moore was livid and Friday destroyed him all game.

Scoring twice, he proved instrumental in Cardiff’s 3-0 victory. After the match, Andrews rang Charlie Hurley to gush about his new player. The Reading boss ominously responded, “Jimmy, you’ve only had him for four days, give him a few months.” He was right.

After his bow, Friday essentially stopped caring. He didn’t like his new manager or his new location. Cardiff would go weeks at a time without seeing their supposed star man, with Friday’s nadir coming in a match against Brighton. This time his marker, a young Mark Lawrenson, got the better of the striker.

With Friday becoming increasingly frustrated, he lashed out at Lawrence after a tackle – kicking him square in the face. Tired of being told what to do and fed up with the game, Friday played just one more match before walking out on football. For good. 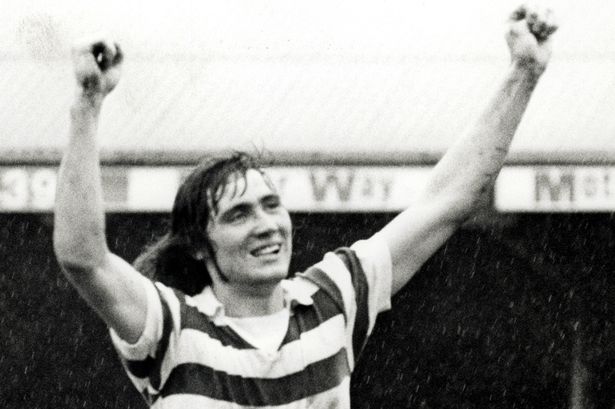 Returning to work as a labourer in London, Reading fans, in their thousands, signed a petition to re-sign their favourite player. Under increasing pressure, the new Reading manager Maurice Evans contacted Friday with a stern approach in mind to convince the 25-year-old to return to the game he once loved and the crowds he had wooed.

Evans: “If you would just settle down for three or four years, you could play for England."

Friday (after Evans revealed his age): “I’m half your age and I’ve lived twice your life."

That was that. For the next 13 years Friday lived life in the only manner he knew how – the outcome was inevitable.

The great shame in the Robin Friday story, from a purely football perspective, is that millions of people will never know how good he was because of the paucity of visual coverage.

It is all word of mouth. But perhaps it is this very occurrence which makes the whole tale all the more intriguing. There will always be that air of mystery.

Furthermore, if ever there was a time that a player like Friday could exist then it was the 1970’s – the decade of the footballing mavericks.

If modern day professional football was a nightclub then Robin Friday would never gain entry. At least we can be thankful for the open door policy granted to the flawed showmen of yesteryear. Undoubtedly, we will never see the likes of Mr. Friday again.