However, the University of Kent has banned them from wearing the sponsored jerseys and spokesman Martin Herrema said the team would be banned from playing if they wore the kit on campus. 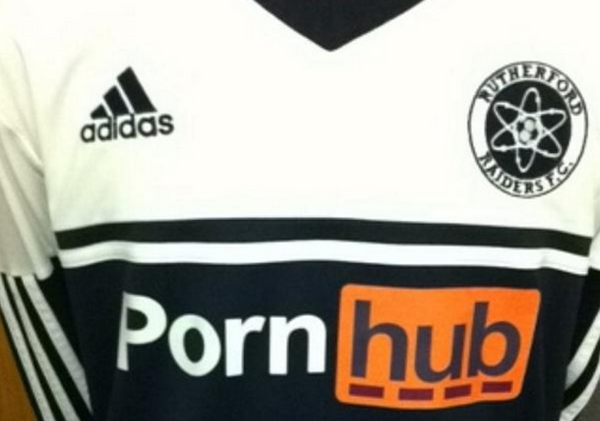 END_OF_DOCUMENT_TOKEN_TO_BE_REPLACED

Herrema said: “The University of Kent sports department would never sanction sponsorship of this type - it is totally inappropriate.

"The team has been spoken with and will not be allowed to wear the shirts in question at any time.”

We for one, thought that this was entirely unfair on the lads who showed great initiative and creativity to get sponsorship when local business were unwilling to fund them.

The Big Reviewski || JOE · The Big Reviewski with Y: The Last Man, that Malignant ending & a secret streaming service
popular
Body of woman found by walker on shoreline in Galway town
Gabby Petito disappearance: FBI confirm remains found are that of missing woman
You could be shopping in an Aldi store with no checkouts in Ireland in the near future
President Biden warns trade deal must not derail peace in Northern Ireland
Government announces special €1,860 payment for laid-off workers during pandemic
"One person's rent is another person's income" – Varadkar rejects calls for three-year rent freeze
Cash, Rolexes, cars and one Canada Goose jacket seized in major Garda raid
You may also like
3 weeks ago
Manchester City's Benjamin Mendy charged with four counts of rape
1 month ago
Michael Ballack’s son Emilio, 18, dies in 'quad-bike crash’
1 month ago
Five football documentaries to watch to kill time before the new Premier League season
3 months ago
Christian Eriksen stable but may not play football again, says sport cardiologist
4 months ago
Ryan Giggs charged with assaulting two women and controlling or coercive behaviour
5 months ago
Martin Compston reveals moment he delayed Line of Duty filming to watch Scotland penalty shoot-out
Next Page