He's rarely out of the news.

Ever since leaving Liverpool for Barcelona, Luis Suarez seem like he has made a deliberate effort to stay away from being a figure of controversy - Juanfran might disagree with that though after the Uruguyan kicked out at him during Barca's 2-1 win against Atletico this week - but former Juventus, Roma and Napoli forward Daniel Fonseca has launched a blistering verbal attack on his fellow Uruguayan.

The row between the two men originated from an interview that Suarez gave where he stated that Fonseca still owes him 20 per cent of the fee from his transfer from Nacional to Groningen in 2006.

Fonseca, now a football agent, didn't hold back with his reply to the former Ajax and Liverpool striker. 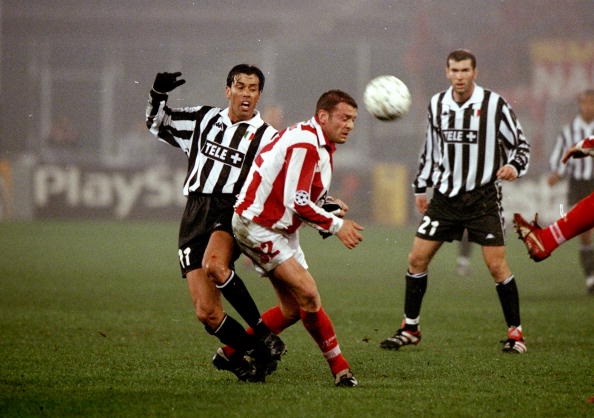 END_OF_DOCUMENT_TOKEN_TO_BE_REPLACED

"He is a child who shows that he has psychological problems, for sure, we know that.  That’s why he is seeing a psychologist, but it’s not giving him the effect he desired He should change his psychologist, or see a psychiatrist instead. To count you need two fingers, because the kid does not know how to count".

"The story goes because one blessed day three friends from the youth team called me, and said something uncomfortable is happening with Luis. I had to tell him something very uncomfortable to this kid, and to the day I die I will not say what it was. It was a very uncomfortable truth. He did not accept it, and it did not sit well with him", Fonceca adds.

END_OF_DOCUMENT_TOKEN_TO_BE_REPLACED

"I would prefer to have friends who tell me the truth instead of lies. So with a few words, I want him to tell the truth and not to dirty me by saying I owe him $200,000. Scoundrel! If he has courage, he will say the uncomfortable thing I had to tell him. That’s the real reason this unpresentable character does not have the courage to talk, and has hid these past six years".

Quotes via Montecarlo TV (via Marca)

popular
NOW announces large reduction to its monthly membership prices
Fish and chips could be removed from Irish menus over rising fuel costs
Netflix has just added 33 very big movies to its library
Amazon Prime Video has just added 51 big movies to its library
The full list of cancelled flights in and out of Dublin Airport on Monday (so far)
Rishi Sunak and Sajid Javid have resigned from the UK Government
Increase in passenger charges at Dublin Airport may be on the way
You may also like
1 week ago
Gary Lineker says he suffered racist abuse during football days due to "darkish skin"
1 month ago
Merseyside police defend ‘exemplary’ Liverpool fans tear gassed by French police
1 month ago
BBC trainee accidentally posts message mocking Man United live on TV
1 month ago
Kurt Zouma charged with three animal welfare offences
1 month ago
The JOE Friday Pub Quiz: Week 295
1 month ago
Wagatha Christie trial: Rebekah Vardy denies leaking Riyad Mahrez message
Next Page