FROM MY SEAT: The dream night the Aviva Stadium came of age

That was a night that dreams are made of.

I'm sat here in the office, grinning like a lunatic. I've had a few sporting hangovers, this one is definitely the sweetest.

And yet it all began so differently. I took my seat beside my dad in the Aviva with, like most of the stadium, very low expectations. The team announcement didn't improve the mood.

Stephen Ward hasn't played a single minute in the league all season, he's probably as surprised as everyone else

With one eye on the Scotland/Poland fixture all the permutations chat centred around an Ireland draw or defeat. A win just wasn't even an option. 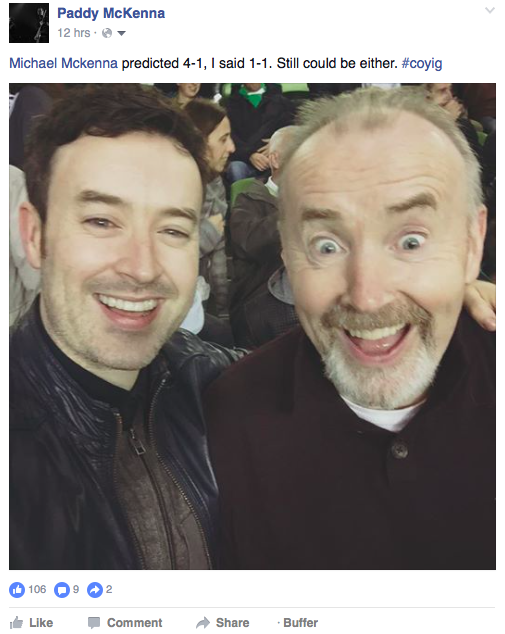 With twenty minutes played and Ireland getting an absolute chasing from Germany, my dad's prediction of 4-1 Germany was beginning to look solid enough. Germany were playing with the poise and patience of world champions. At the same time, it reeked of complacency and getting to half-time 0-0 gave us a chance.

You could see the change in the players in the second half. As they began to believe, so did the crowd. The noise was simply awesome - I've never experienced an atmosphere like it. It was the night the Aviva Stadium came of age.

No player represented that change in attitude more than Cyrus Christie. In the first 20 minutes he looked out of his depth. His every touch was swamped with trepidation - if he got near the ball at all, he was going to pull on it.

As the second half wore on he emerged as an absolute defensive titan - intercepting, tackling, surging forward. He was very nearly man of the match. 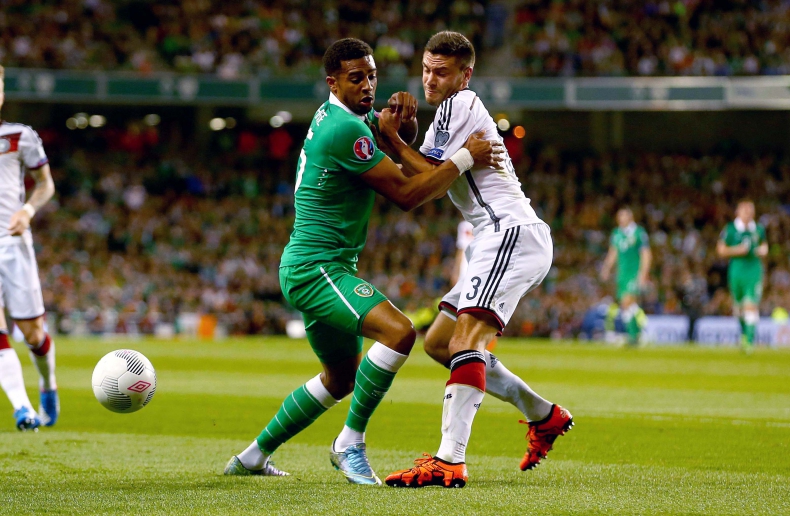 END_OF_DOCUMENT_TOKEN_TO_BE_REPLACED

But he can't be man of the match because that belongs to Jonny Walters.

It could've been Wes Hoolahan, who took the fight to the Germans from the off and made them realise we weren't going to be pushovers.

It could've been Shane Long, who covered himself in glory and adds his name to that golden list of scorers of famous Irish goals - Houghton, McAteer, Keane, Long.

All outstanding but Jon Walters is a man you would follow into battle. 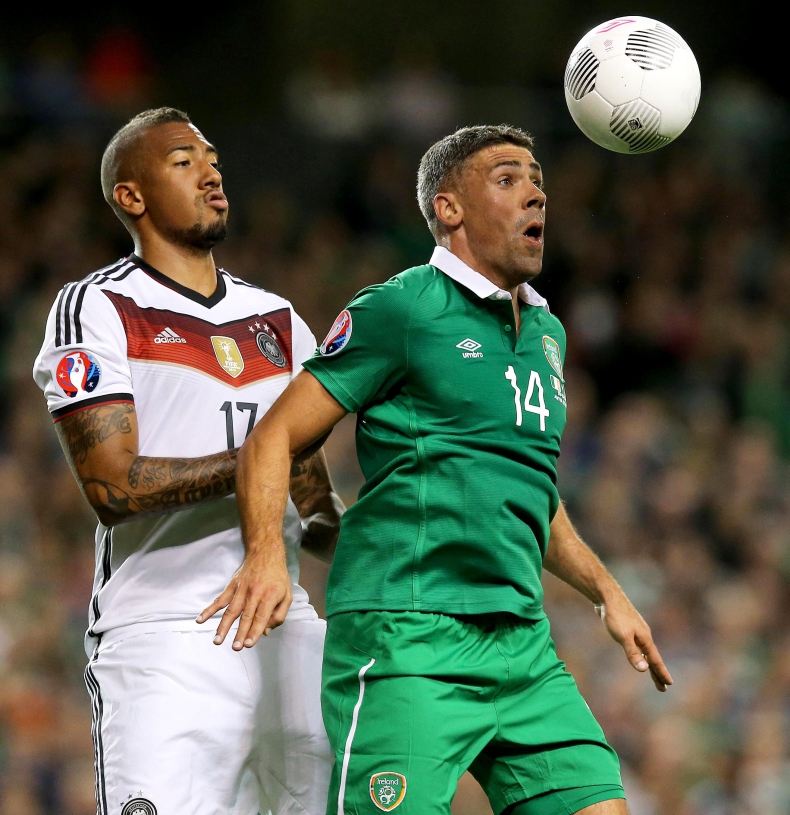 END_OF_DOCUMENT_TOKEN_TO_BE_REPLACED

Last night was exactly the kind of performance he's been regularly delivering for Ireland since his debut.

I don't think there's any doubt now that he could've played for England and been very good for them, but he wears the green and he is our talisman. Those 24 minutes between the goal and full-time felt like a lifetime in the stadium but every time the ball was at his feet, you could allow yourself to breathe.

Let's talk about the goal.

There's that split second as Long allows the ball whack off his shins and it bounces perfectly for him that you ask yourself, could this actually happen? It's Shane Long, a talented footballer but an errant finisher against the best goalkeeper in the world.

Then the ball actually hits the net - ABSOLUTE F**KING EUPHORIA. 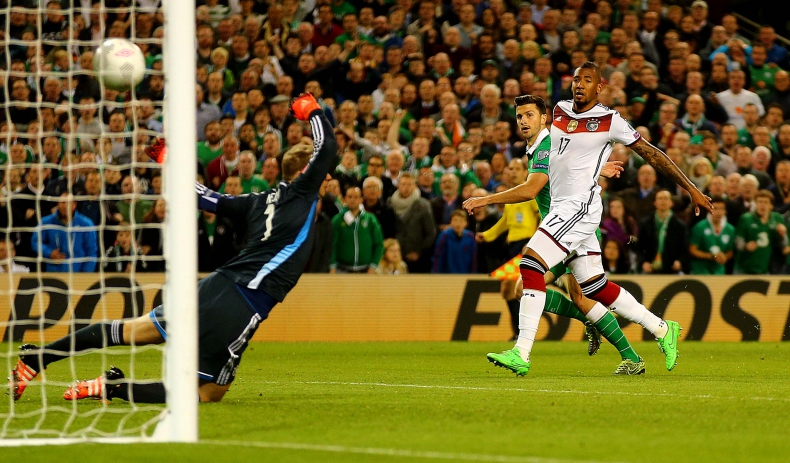 As we floated out of the stadium at the end we encoutered a group of Germans dressed as the 1974 West German World Cup team - wigs, moustaches, the lot. Uli Hoeness didn't seem too disappointed by the result as he described the atmosphere as "the greatest I've ever experienced and I follow Bayern Munich".

It was a pretty special night alright Uli.

The Big Reviewski || JOE · TBR Spotlight: The Falcon and the Winter Soldier Episode Five - 'Truth'
popular
The 50 most iconic songs of all time* have been revealed
PICS: The man with the biggest penis in the world has one unbelievable problem with it
QUIZ: Can you answer all of Sinead and Daniel's questions on the Irish Celebrity Who Wants to be a Millionaire?
The JOE Music Quiz: Week 53
People think they've figured out the ranking of the viewers on your Instagram Stories
COMPETITION: WIN a 4K Blu-Ray box-set of the entire Game of Thrones series
QUIZ: How well do you remember the very first Game of Thrones episode?
You may also like
2 weeks ago
Martin Compston reveals moment he delayed Line of Duty filming to watch Scotland penalty shoot-out
1 month ago
EA Sports bans Irish FIFA player who racially abused Ian Wright for life
1 month ago
TOWIE star Mark Wright is officially the worst player on FIFA 21
2 months ago
Jamie Carragher reacts to hilarious TikTok remix combining on-air yelp with John Legend song
2 months ago
Roy Keane reacts to the dancing Keano FIFA TikTok meme
2 months ago
Watch the official trailer for Netflix's hotly anticipated Pelé documentary
Next Page