There are still good people out there

On Easter Saturday, Tipperary hosted 'Mayhem for Meningitis', an obstacle course similar to Hell And Back or Tough Mudder which involves getting very tired, dirty and cold.

And one man who took part was Ballylooby Castlegrace GAA player Paddy Kenneally, who completed the event with some of his friends and they managed to raise over €3000 (kudos to them all).

With an ambulance on the scene to tend to the needs of anyone who required medical assistance, Paddy saw a chance to wind up his teammates in their WhatsApp group by saying he had injured his cruciate. 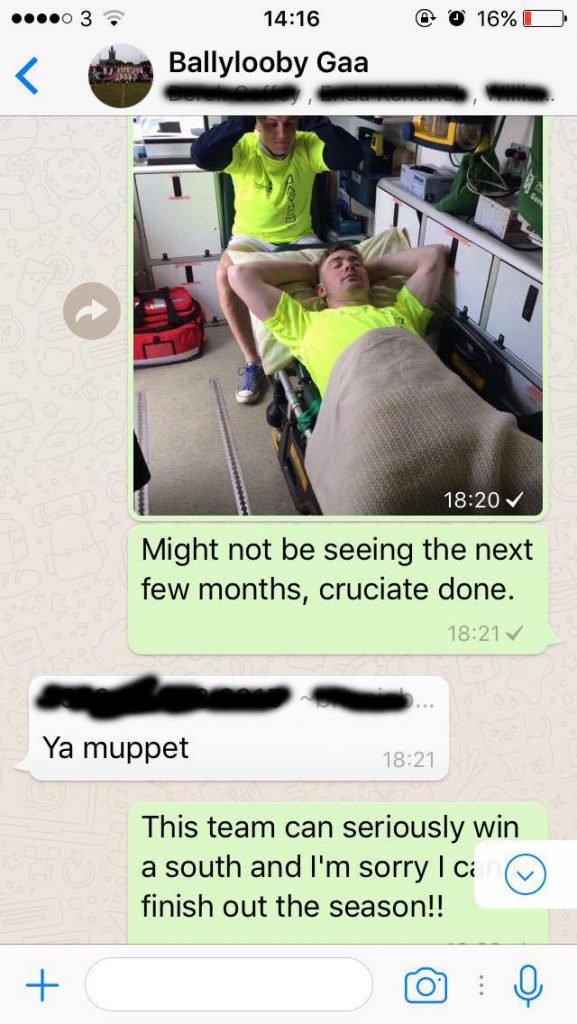 With Championship just around the corner, obviously a few of the lads were gutted with his injury and while Paddy and his friends were getting a great laugh out of it, he received this message from his GAA club's Facebook page. 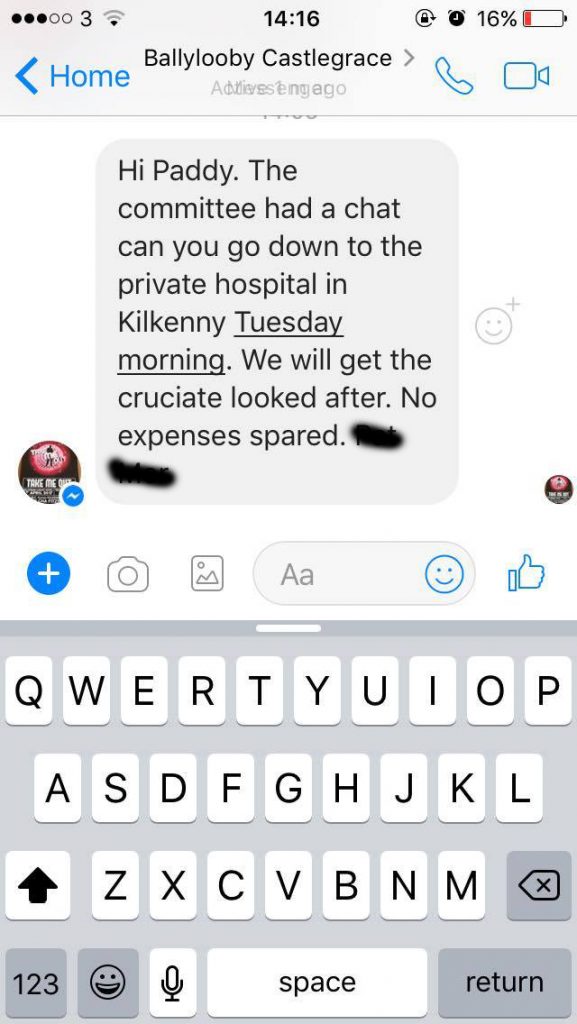 Red-faced by the incident, Paddy had to own up that it was one big lie and will go back training during the week to the bemusement of management.

What goes around comes around, big man.

Advertisement
popular
One of the most underrated crime thrillers of recent years is among the movies on TV tonight
Shock as blues singer beats Adele, Beyonce and Taylor Swift to win Song of the Year Grammy
One of the best crime thrillers ever is among the movies on TV tonight
5 years ago, Hollywood took a massive gamble on a huge sequel... and lost big time
Ben Affleck's bored expression at the Grammys becomes a meme
Netflix has just added 12 very big movies to their library
QUIZ: JOE's Big News Of The Day Quiz #41
You may also like
3 months ago
Brendan Óg Duffy's father speaks powerfully about his son's death
3 months ago
Gardaí investigating alleged assault on under-9 GAA player at children's sports event
5 months ago
Roscommon GAA confirms investigation into alleged assault on referee during juvenile game
6 months ago
Looking for a hotel room for the All-Ireland Final weekends? It won't come cheap...
7 months ago
Taoiseach condemns "disturbing" fight at Galway v Armagh game
8 months ago
The 2 Johnnies share unbelievable catfish ordeal affecting over 40 people
Next Page