Ever wondered what the NFL would be like if it had been played a long time ago in a galaxy far, far away?

Artist John Raya is clearly as big a fan, if not bigger, of Star Wars and the NFL as JOE is, and he decided to merge the two with the brilliant idea of adapting the logos of all 32 teams to a Star Wars theme.

You can check out all of his creations on his Behance.net site, as they're all fantastic, and we had a very tough job narrowing it down to just a few to display in the gallery. 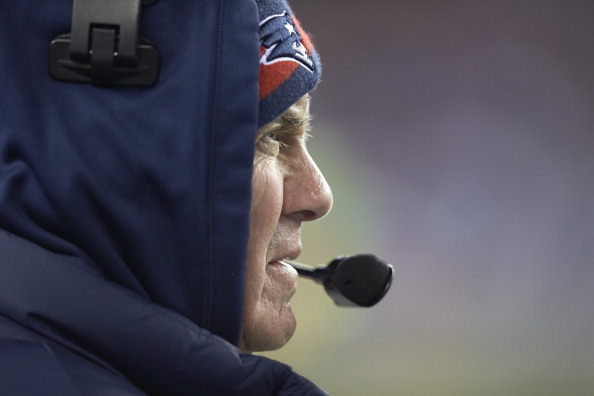 END_OF_DOCUMENT_TOKEN_TO_BE_REPLACED

We must add that we think the New England Jedis logo does bear a striking resemblance to the head coach Bill Belichick, which we're sure was not lost on John.

He has even given the teams new names, and broken them down into their different divisions. The rivalry between the Empire teams and the Rebel teams must make for some hard hitting games, we're sure.

There is no try, only touchdown.

Open gallery
popular
Netflix has just quietly added 12 big movies to its library
Seven more suspected cases of unexplained hepatitis in Ireland under investigation
A thrilling '90s war film is among the movies on TV tonight
Amazon Prime Video has just added 21 big movies to its library
Couple injured after alleged homophobic attack in Dublin
Gardaí investigating firearm being discharged near film set in Donegal
Has anyone seen Mr Tayto?
You may also like
2 months ago
30 years ago, Arnie's biggest prank ended with Stallone's biggest flop
3 months ago
China gives Fight Club a new ending, manages to completely change the plot of the movie
5 months ago
Who tweeted it: Simu Liu or Rahul Kohli?
6 months ago
Cow escapes field, heads to resort and gets stuck on water slide
7 months ago
Drunk man reported missing ends up joining search party to find himself
8 months ago
WATCH: The interview between Niall Horan and Lizzo is an absolute flirt-fest
Next Page
Sport | 8 years ago
9
shares